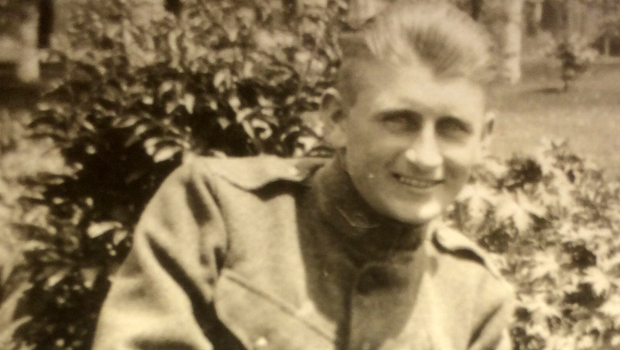 ALBANY, N.Y. -- Six years before he died in a car accident near his upstate New York home, Daniel W. Quinlan was among the 138 World War I veterans to receive the first Purple Heart medals issued by the U.S. military.

His family lost track of the medal he received during a 1932 ceremony held at the Hudson Valley historic site where historians say Gen. George Washington issued a precursor to the Purple Heart, which is awarded to those wounded or killed in combat. This week, Quinlan's recently found Purple Heart will be displayed at the same place he received it before it's draped across his nearby gravestone. Afterward, the medal will be sent to his grandson in Florida.

"It's going to be amazing when I put my hands on that medal, to think that my grandfather actually held in it his hands," said William Quinlan, a 58-year-old real estate broker in Key West.

Born in East Fishkill in Dutchess County, New York, Daniel Quinlan was 20 years old when he enlisted in the Army in September 1917, five months after the U.S. declared war on Germany. He was a member of the 77th Infantry Division, made up mostly of soldiers from New York City and other parts of the state. Quinlan was assigned to the 305th Regiment, where he served in the unit's sanitary detachment, the forerunner to today's medical corps.

He was injured in a poison gas attack along the Vesle River in northeastern France in August 1918. A month later, he braved heavy German fire to help a fellow soldier care for wounded men. His actions earned him the Silver Star, the nation's third-highest military combat decoration.

After being discharged in May 1919, Quinlan returned to Dutchess County, where he worked as a plumber. He was killed in November 1938 when his car crashed as he headed home from work. He left behind a wife and two children.

On May 28, 1932, Quinlan had been among the 138 WWI veterans to receive the Purple Heart during a ceremony held across the Hudson River at New Windsor, near West Point. New Windsor was the site of Washington's final encampment of the Revolutionary War. It was there that the commander of the Continental Army awarded the Badge of Military Merit to three of his soldiers. A revived version of Washington's medal was approved by the military earlier in 1932 to honor the more than 100,000 Americans killed or wounded during the First World War.

Somehow, Quinlan's family lost track of his Purple Heart. In the mid-1990s, Joseph Hardy sold his late father's home in Poughquag, near where Quinlan lived. Soon after the sale, the new owner gave Hardy a Purple Heart that had been found in the attic.

"I have no clue how it ended up there," said Hardy, a retired New York state corrections officer who spends winters in Ocala, Florida.

Although Quinlan's name is engraved on the back of the medal, Hardy's efforts over the years to find any of his direct relatives came up short. Then, while staying at his summer home in Dutchess County last year, Hardy saw a local newspaper article about Purple Hearts Reunited, a three-year-old Vermont-based group that has returned more than 150 Purple Hearts and other lost military decorations to veterans or their families.

Hardy sent Quinlan's Purple Heart to Zachariah Fike, the group's founder, who tracked down Quinlan's military records and his descendants.

As it turns out, Daniel Quinlan is buried in the cemetery next to the church Hardy attends in the summer. After being displayed during Friday's ceremony at the National Purple Heart Hall of Honor in New Windsor, Fike plans to take the medal to Quinlan's grave at the Church of Saint Denis Cemetery in East Fishkill and drape it over the soldier's marker.

Hardy said it will be a 20-mile journey that's decades overdue.