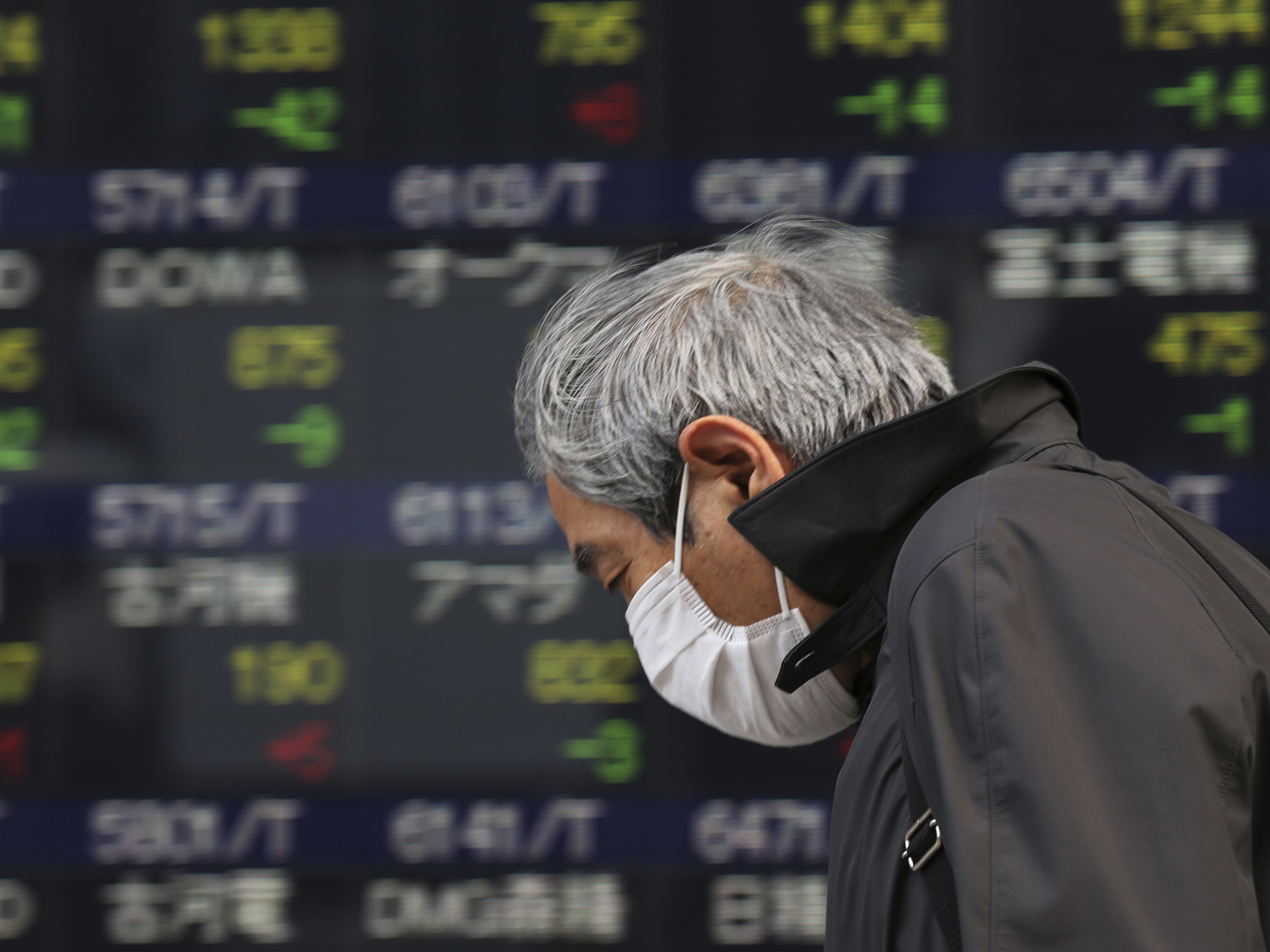 Shares in Malaysia Airlines tumbled on news of the weekend disappearance of one its jets en route to Beijing.

Markets were also down in Australia, Taiwan, South Korea and Southeast Asia.

Meanwhile, Japan reported Monday a record current account deficit for January, and lowered its economic growth estimate for the October-December quarter to 0.7 percent from 1 percent.

Andrew Sullivan of Kim Eng Securities in Hong Kong said sentiment was affected by the weak data from China and from Japan.

However, "there are technical factors behind the China data which means it is not as bad as the first look suggests," he said in a market commentary.

Some analysts say exports in February last year might have been overstated by exporters inflating sales figures to evade currency controls and bring extra money into China.

Shares of Malaysian Airlines System Bhd., the holding company of Malaysia Airlines, were down 4 percent on the Kuala Lumpur stock market, tempering a 10 percent fall in early trading.


One of its Boeing 777 jets went missing early Saturday morning on a flight from Kuala Lumpur to Beijing with 239 people on board. Search and rescue efforts in the South China Sea have not yet identified any debris.