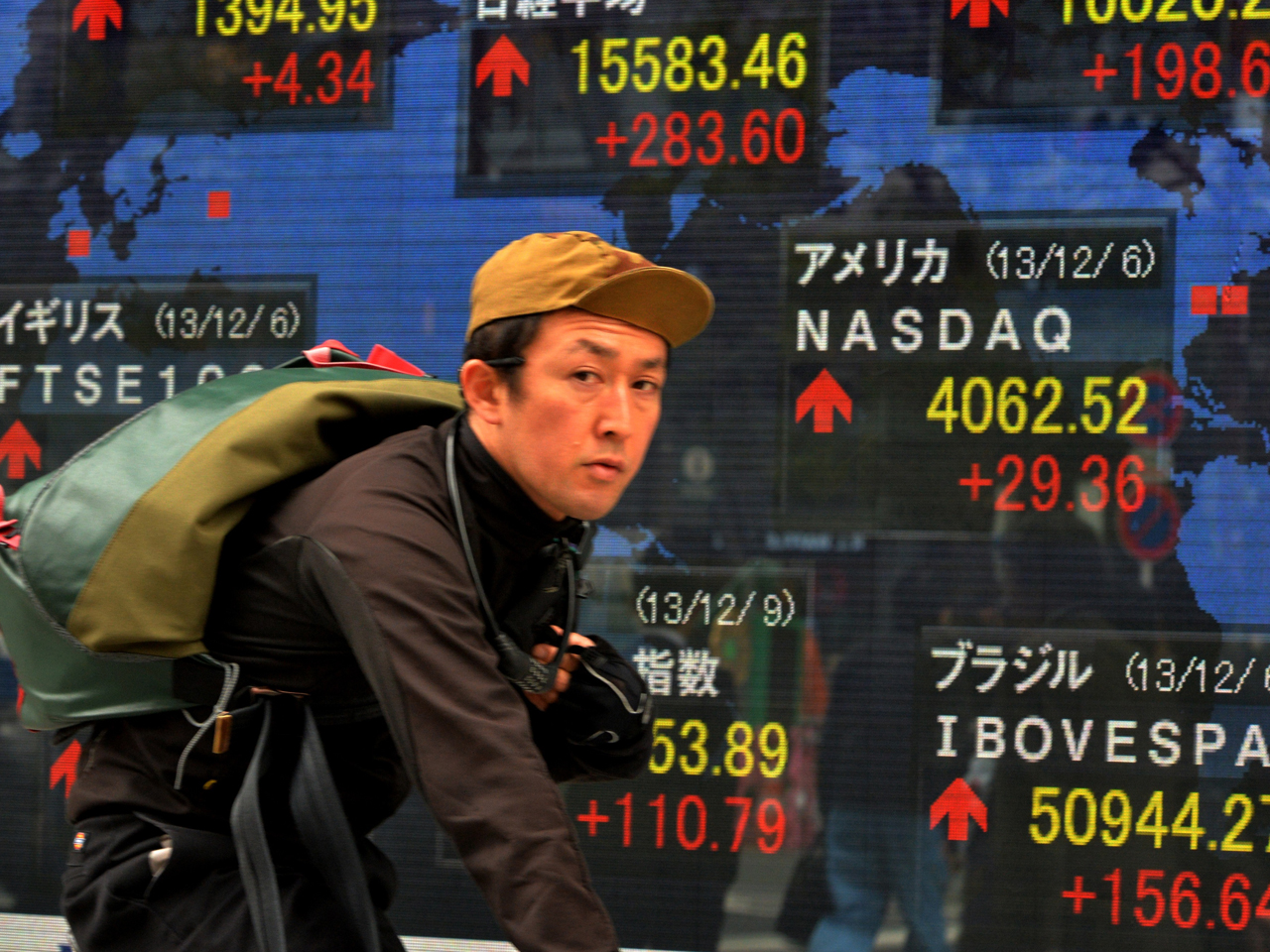 Futures pointed to gains on Wall Street, with Dow and S&P 500 futures both up 0.1 percent.

The U.S. on Friday reported a fourth straight month of job gains, with 203,000 new jobs created in November. The unemployment rate fell to 7.0 percent from 7.3 percent. The strengthening job market focused investors on the improving economy instead of concerns about a possible reduction in the Fed's stimulus at its Dec. 17-18 policy meeting.

A run of strong economic data last week had already cemented belief among investors that the Fed would back a so-called tapering of its $85 billion in monthly bond purchases. Earlier this year, fears of the stimulus withdrawal had caused jitters in the markets as the monetary injection has helped to shore up stocks for several years.

"The jobs data followed on from several other firm U.S. data releases over the week, highlighting strengthening signs of recovery. Equities reacted well, rising as fears over tapering were outweighed by concrete signs of recovery," Credit Agricole CIB in Hong Kong said in a market commentary.

Improvement in the U.S. economy, which is the world's largest, could be a boon for export-reliant Asian nations.

India's Sensex jumped 1.7 percent to a record high after sweeping victories for India's pro-business opposition party in state elections suggested it will win national polls in May.

Some analysts said the jury is still out on the timing of stimulus reduction.

Singapore-based Mizuho Bank Ltd. said markets may be wary that upcoming U.S. budget negotiations could stumble, which will be bad for confidence and that could encourage the Fed to leave the asset purchases in place.

DBS Vickers in Hong Kong said U.S. inflation is still low, easing to 1.1 percent in November, and that the jobs data may not be strong enough to convince the Fed that the economy is on a self-sustaining recovery path.

"Tapering will come but April still looks a good time frame to us, with risks to the far side rather than the near side," it said.

Benchmark crude for January delivery was up 26 cents at $97.91 a barrel in electronic trading on the New York Mercantile Exchange. The contract rose 27 cents to close at $97.65 on Friday.