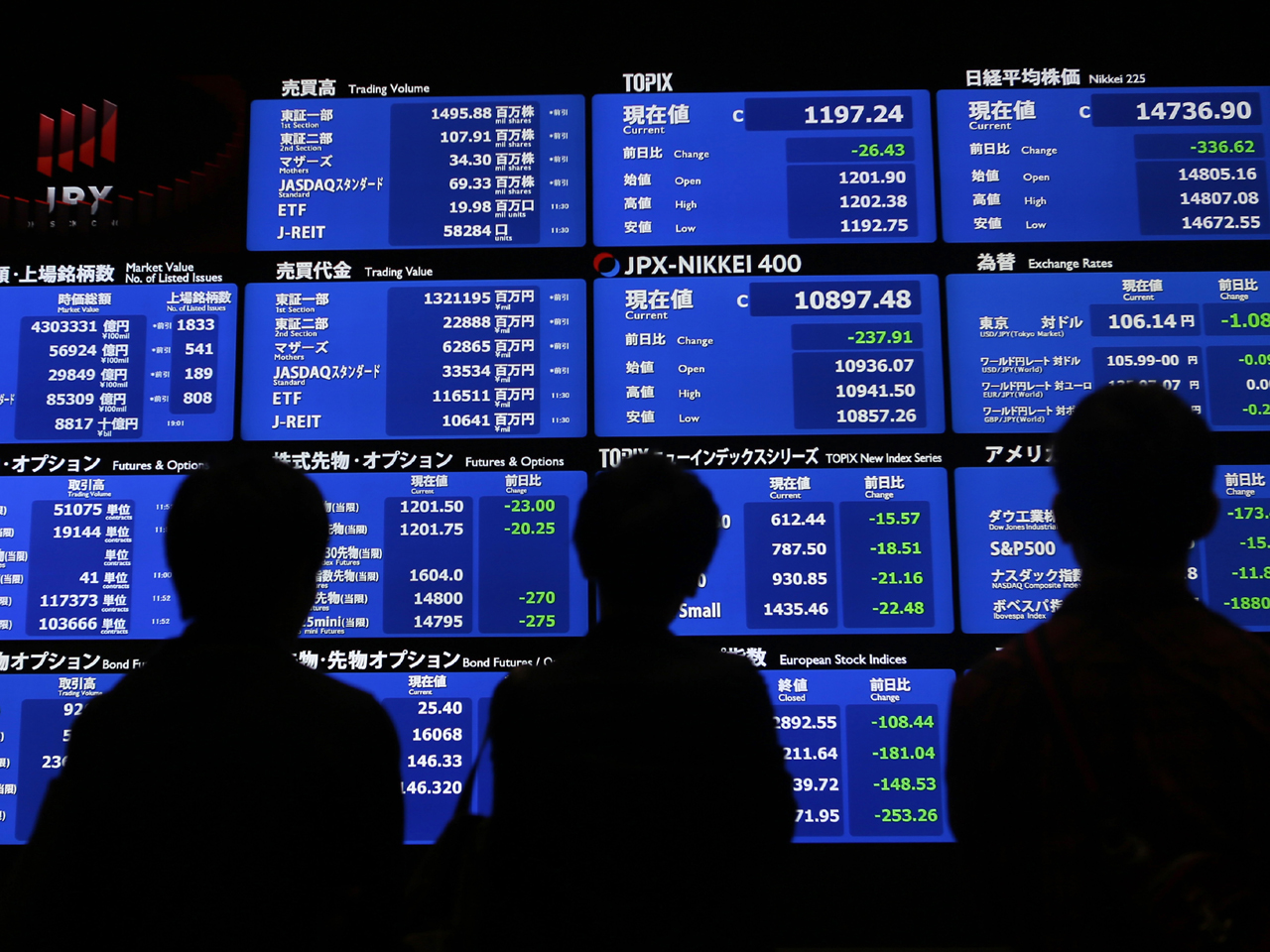 After being stable on the open, the German DAX stock index was down 1.8 percent by midday in Europe. France's CAC 40 shed 2.3 percent and Britain's FTSE 100 lost 1.8 percent.

Wall Street was expected to drop on the open, with Dow and S&P 500 futures down 1.1 percent and 1.4 percent, respectively. Asian markets closed lower earlier, with Tokyo's Nikkei 225 diving 2.2 percent.

Investors are worried about a downturn in global growth and inflation. Slowdowns in Europe and China are seen threatening the U.S. recovery.

In Europe, the biggest concern was Greece, where investors are worried the country might need more financial support as its government borrowing rates have risen sharply in recent days. The country's benchmark 10-year bond yield was up a stunning 1.13 percentage points on the day on Thursday, to 8.86 percent. The rate was around 6.5 percent just earlier this week.

The rise suggests Greece is unlikely to be able to wean itself off its bailout loans as hoped, because borrowing on bond markets independently would be too expensive.

According to the Wall Street Journal, the European Central Bank agreed overnight to provide liquidity support to Greek banks to keep them stable.

A slump in energy prices has also shaken many global investors. The benchmark U.S. crude oil contract was down another $1.37 at $80.41 a barrel in electronic trading on the New York Mercantile Exchange.

Though lower oil prices can help consumer spending, they can weigh on inflation. Low inflation is a problem for many developed economies, particularly in Europe.