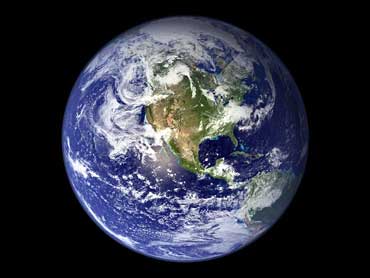 America's reputation around the world is hurting, according to a series of coordinated polls published Friday from 10 countries, including many of the United States' closest allies.

In eight of the countries where the surveys commissioned by major newspapers were conducted, more people said their view of America had worsened in the past two to three years than improved. That question was asked in nine countries.

By big margins, those questioned said the war in Iraq did not aid the global fight against terrorism.

And in eight out of 10 nations, those polled said — often in landslide proportions — that they hoped to see Democrat John Kerry beat President Bush in next month's election. Bush won backing from a majority of respondents only in Russia and Israel.

The polls were conducted in Canada, France, Britain, Spain, Japan, South Korea, Australia, Mexico, Israel and Russia, with results to be published in the participating newspapers on Friday. Not all questions were asked in every country.

On average, 57 percent of those questioned said their opinions of America had worsened over the past two to three years, compared with 20 percent who said their view had improved. That question was asked in nine of the countries, but not in Russia.

Seventy-four percent of Japanese, 70 percent of French, 67 percent of South Koreans, 64 percent of Canadians and 60 percent of Spaniards said they had a worse opinion of America now than two to three years ago.

Only in Israel did more people say their view of the United States had improved than worsened in the past two to three years.

In that period, which began just after the Sept. 11, 2001, attacks, the United States has led wars in Afghanistan and Iraq. While much of the international community backed the invasion to oust the Taliban, Bush's decision to invade Iraq has fueled anger around the world.

However, many of those polled separated their feelings about the U.S. government from their views of the American people. Sixty-eight percent said they had a favorable opinion of Americans.

Asked whether American democracy remained a model for other nations, 52 percent of those asked said yes and 42 percent said no.

In Britain, Mexico and South Korea, more people thought the United States was no longer a model, while in Canada, Russia, Japan and Israel, majorities said it was.

Fifty-nine percent of people questioned in seven nations — including Britain, America's closest ally in Iraq — said the war there was not helping the world fight against terrorism, while 35 percent said it was, as Bush contends.

People in all 10 countries were asked who they hoped to see win the White House on Nov. 2, and the result will make Kerry wish they had a vote.

The Democrat was favored by healthy to enormous majorities in eight of the nations — 72 percent supported him, compared with 16 percent for Bush in France.

Bush came out on top in Israel by a margin of 50 percent to 24 percent and in Russia, 52 percent to 48 percent.

The newspapers involved were La Presse in Canada, Le Monde in France, the Guardian in Britain, El Pais in Spain, Asahi Shimbun in Japan, JoongAng Ilbo in South Korea, the Sydney Morning Herald and Melbourne Age in Australia, Reforma in Mexico, Haaretz in Israel and the Moscow News in Russia.

The sample sizes in the 10 polls varied from 522 people in Israel to 1,417 in Australia. Margins of error were mostly around 3 percentage points, but varied between 2.6 and 4.38.

The polls were conducted on different dates from September through early October.