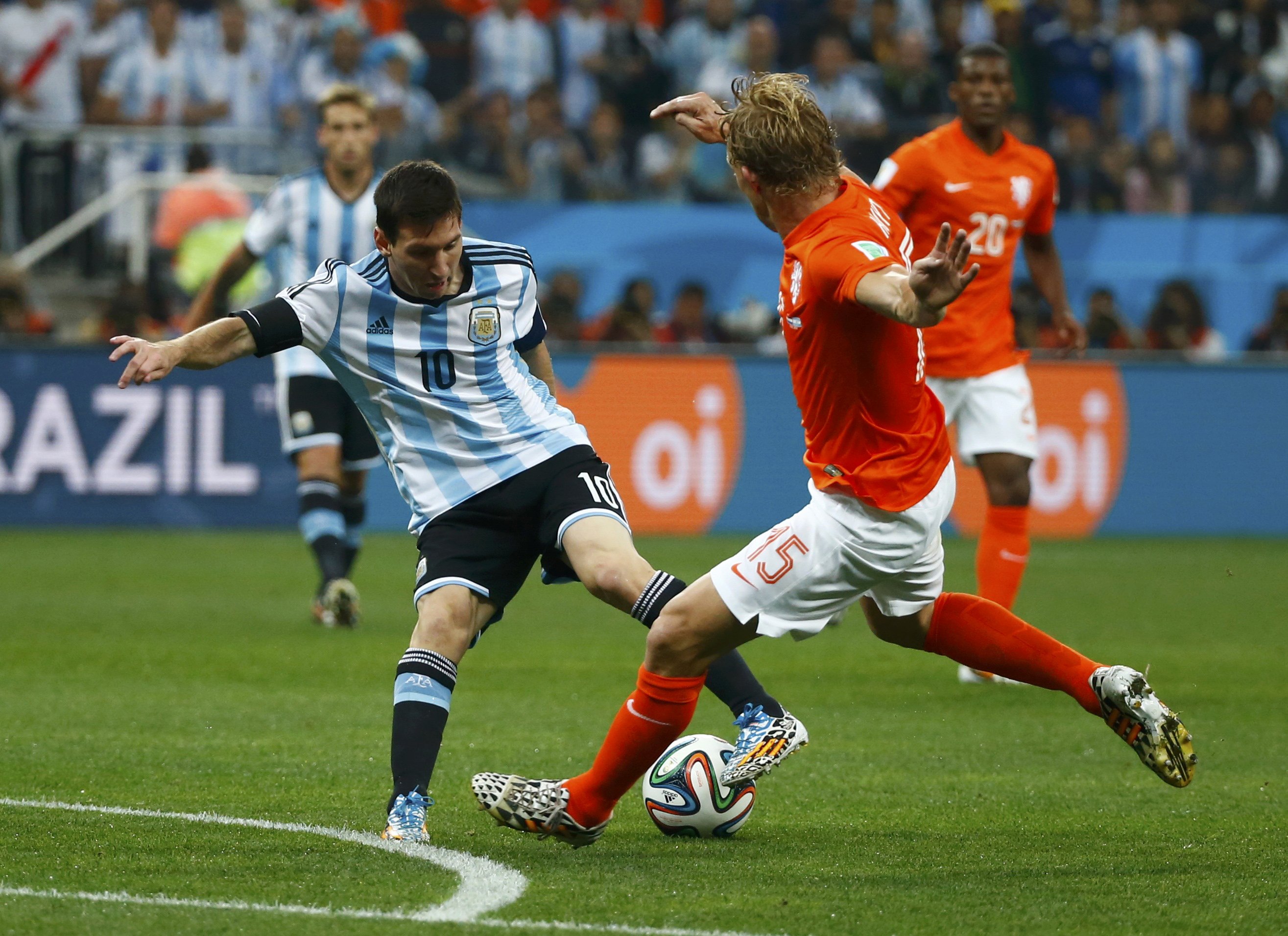 SAO PAULO, Brazil -- A day after Germany lit up the World Cup with its clinical 7-1 destruction of host Brazil, the Netherlands and Argentina could not manage a goal between them in 120 minutes before the shootout.

Goalkeeper Sergio Romero saved two penalties Wednesday to send Argentina into the World Cup final with a 4-2 shootout win over the Netherlands after the game finished in a 0-0 stalemate.

Romero - thought to be a weak link in this Argentine team and not even a starter for his Monaco club most of last season - blocked penalties by Ron Vlaar and Wesley Sneijder. For Argentina, Lionel Messi, Ezequiel Garay, Sergio Aguero and Maxi Rodriguez all converted their spot kicks.

Argentina will play Germany in Sunday's final at the Maracana Stadium in Rio de Janeiro. That means Brazilians will have to watch their fiercest rivals play for the world title in their most hallowed stadium, bringing the country's World Cup to an extra bitter end.

It was the second straight penalty shootout followinga 0-0 draw for the Dutch. Against Costa Rica in the quarterfinals, coach Louis van Gaal brought on substitute goalkeeper Tim Krul in the last seconds of extra time to replace Jasper Cillessen and Krul saved two efforts.

This time, Van Gaal had used up all three substitutions by the end of extra time and Cillessen had to face the shootout.

The young Ajax goalkeeper got a hand to Rodriguez's decisive powerful shot, but could only deflect it into the roof of the net, and then collapsed onto his back in the goal. Krul walked across the pitch to console him and Van Gaal later gave him a pat on the back of the head.

Many of Argentina's players stripped off their shirts in the rain at the Itaquerao Stadium and danced in front of their fans.

The Netherlands, which has never won the World Cup, was seeking to reach its fourth final.