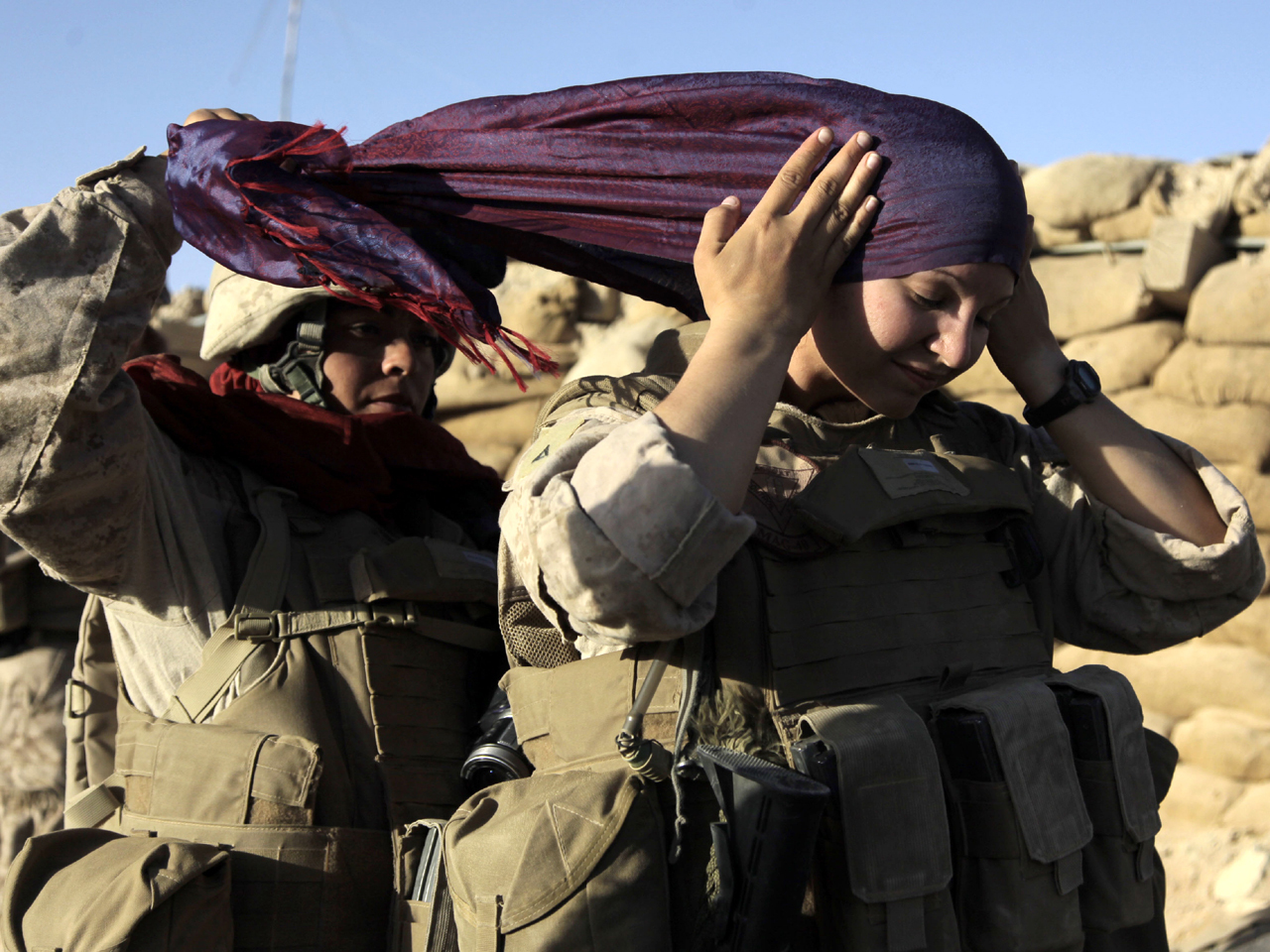 WASHINGTON - Pentagon rules are catching up a bit with reality after a decade when women in the U.S. military have served, fought and died on the battlefields of Iraq and Afghanistan.

On Thursday, the Pentagon is recommending to Congress that women be allowed to serve in more jobs closer to the front lines. The change would open up about 14,000 additional jobs to women.

According to defense officials, the new rules are expected to continue the long-held prohibition that prevents women from serving as infantry, armor and special operations forces. But they will formally allow women to serve in other jobs at the battalion level, which until now had been considered too close to combat.

In reality, however, the necessities of war have already propelled women to the front lines — often as medics, military police or intelligence officers. So, while a woman couldn't be assigned as an infantryman in a battalion or in a company going out on patrol, she could fly the helicopter supporting the unit, or move in to provide medical aid if troops were injured.

The officials said the new rules will formally allow women to be assigned to a battalion and serve in jobs such as medics, intelligence officers, police or communications officers. The changes would have the greatest effect on the Army and Marine Corps, which ban women from more jobs than the Navy and Air Force do, largely because of the infantry positions.

Defense officials spoke about the report on condition of anonymity because it had not yet been publicly released.

Though numbers vary by service branch, women make up more than 14 percent of the nation's armed forces — that's 200,000 women in the active duty force of 1.43 million. There long has been opposition to putting them in combat, based on questions of whether women have the necessary strength and stamina, or whether their presence might hurt unit cohesion. There also have been suggestions that the American public would not tolerate large numbers of women coming home from war in body bags.

But the wars in Iraq and Afghanistan, where battlefield lines are scattered and blurred, and insurgents can be around every corner, have made it almost impossible to keep women clear of combat. Some 280,000 women have been sent to Iraq, Afghanistan or to jobs in neighboring nations in support of the wars, roughly 12 percent of all those who have served there. Of the more than 6,300 who have been killed, 144 were women.

Retired Army Lt. Col. Robert Maginnis, speaking from his home in Virginia, said he doesn't see how the new policy helps the national security of the country.

"This does not dismiss the sexual tension issues, nor does it dismiss the differences physiologically between men and women in terms of cardiovascular fitness," Maginnis said.

"On the plus side, this is a huge step in the right direction," said Anu Bhagwati, former Marine Corps captain and executive director of the network. However, she said it was "extremely disappointing" that the ban would continue on women becoming infantry.

"To continue such a ban is to ignore the talents and leadership that women bring to the military, and it further penalizes servicewomen by denying them the opportunity for future promotions and assignments that are primarily given to personnel from combat arms specialties."

The Pentagon report, which initially was due out last spring, comes nearly a year after an independent panel called for the military to lift its ban on women in combat. The Military Leadership Diversity Commission said the Pentagon should phase in additional career fields and units that women could be assigned to as long as they are qualified.

A 1994 combat exclusion policy bans women from being assigned to ground combat units below the brigade level. A brigade is roughly 3,500 troops and is made up of battalions, which can be about 800 soldiers.

So while a woman serving as a communications or intelligence officer can be formally assigned to a brigade, she can't be assigned to the smaller battalion. The military has gotten around those rules by "attaching" women in those jobs to battalions, which meant they could do the work but not get the credit for being in combat arms.

And since service in combat gives troops an advantage for promotions and job opportunities, it has been more difficult for women to move to the higher ranks.

While the new rules won't open up the Navy SEALs or the Army Delta Force to women, some defense officials have said the military may eventually be open to that. Former Defense Secretary Robert Gates told North Carolina ROTC students in 2010 that at some point there would be careful steps in that direction.

Already, however, women are serving with special operations forces in support jobs such as intelligence analysts, legal specialists, builders and administration assistants.

In a new program gaining popularity in Afghanistan, women are serving on so-called cultural support teams that go out with commando units. The women on the teams are used to do things that would be awkward or impossible for their male teammates, such as talking to or frisking burqa-clad women.