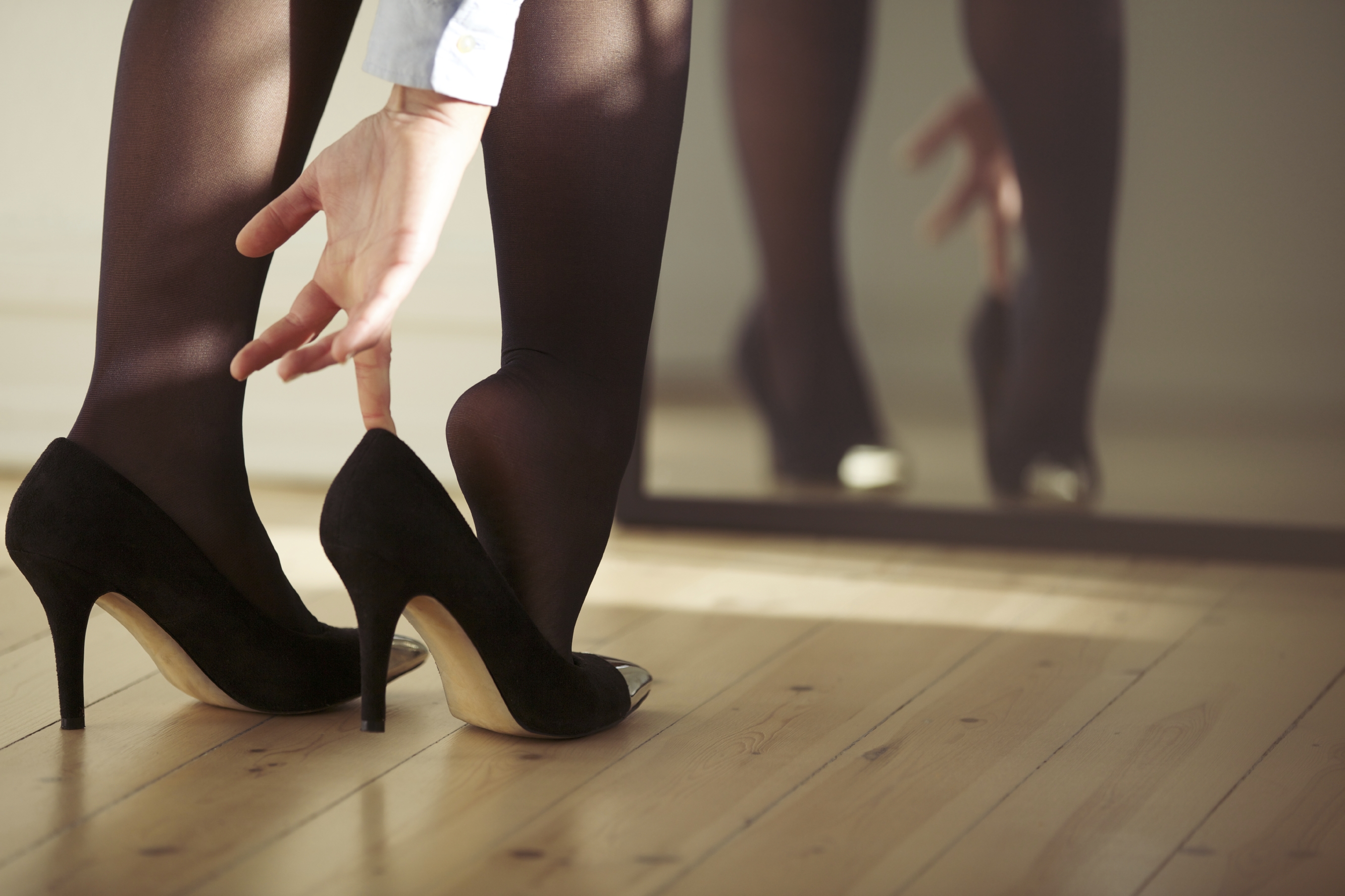 The well-heeled Marilyn Monroe reportedly once said if you give a girl the right shoes, she can conquer the world.

The allure of high-heeled shoes is no secret among women, who have used them to entice men from the streets of Ancient Rome to the New York City sidewalks of Carrie Bradshaw. Heels have also been a controversial symbol in the battleground of sexual politics.

Now a scientific study in France has measured their power.

Scientists from the Universite de Bretagne-Sud conducted experiments that showed that men behave very differently toward high-heeled women. The results, published online in the journal Archives of Sexual Behaviour, may please the purveyors of Christian Louboutin or Jimmy Choo shoes - yet frustrate those who think stilettos encourage sexism.

The study found if a woman drops a glove on the street while wearing heels, she's almost 50 percent more likely to have a man fetch it for her than if she's wearing flats.

Another finding: A woman wearing heels is twice as likely to persuade men to stop and answer survey questions on the street. And a high-heeled woman in a bar waits half the time to get picked up by a man, compared to when her heel is nearer to the ground.

Raised shoes have an unglamorous beginning: worn first by Egyptian butchers, who donned platforms to avoid treading in bloody offal.

But on women as "signifiers of femininity," raised shoes initially appeared in Ancient Greece and Rome, according to Elizabeth Semmelhack of The Bata Shoe Museum. In Rome, where the sex trade was legal, high heels helped clients identify prostitutes in crowds.

This study shows this allure is very much alive.

"Though it's a relatively small cross-section, this study is very significant since the results are clear and consistent," said Paris-based sociologist Jean-Claude Kaufmann, who was not involved in the study. "In a relation of seduction, men are very attracted by a woman in heels as she looks taller, more sexually confident, sure of herself, with a lengthened silhouette and sensual jutting buttocks."

Gueguen's study had 19-year-old female volunteers wearing black shoes with heels that were 0.5cm (0.2 inches) or 5cm (2 inches) or 9cm (3 1/2 inches) high. Then they asked men between the ages of 25-50 for help in various circumstances.

One situation involved a woman asking passers-by: "Excuse me, sir. We are currently conducting a survey on gender equality. Would you agree to answer our questionnaire?" Flat heels got a 46.7% answer rate, medium heels a 63% rate and the highest heels a whopping 83% success rate from the men.

Nowadays, the most fashionable heels on the runways and in nightclubs are higher still - with spiked heels commonly measuring 10 cm (4 inches) and extreme heels, dangerously, above 13 cm (5 inches).

Medically, high heels can cause back pain and increase the risk of ankle injuries. Prolonged heel wearing can even permanently shorten calf tendons.

And in social terms, women's rights advocates have objected to high heels, saying they reinforce a misogynist stereotype: women as sex objects to be ogled by men.

"If a woman ... never takes off her high-heeled shoes, how will she ever know how far she could walk or how fast she could run?" famed feminist and flats-wearer Germaine Greer, author of "The Female Eunuch," once asked.

Those who disagree note that high heels have other uses.

"Heels don't subordinate women - they empower them in romance," said Kaufmann. "The important thing to remember in seduction is that it's all a game."