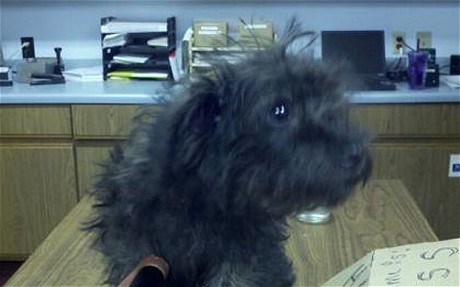 (CBS/AP) It's official. The Minneapolis woman who tried to mail a puppy to her son in Georgia won't get the dog back.

At least the canine courts are working.

Stacey Champion was charged with animal cruelty after postal workers discovered a 4-month-old Schnauzer mix in a sealed box that had no air holes. Authorities say the puppy would likely not have survived if it was shipped.

Champion attended an administrative hearing at Minneapolis City Hall Monday to try to reclaim the 4-month-old pup. Authorities turned paws down on her request.

The 39-year-old had to pay about $250 in fees for the city to kennel and care for the dog, named Guess.

According to the Atlanta Journal Constitution, she also wanted her $22 mailing fees refunded, since the dog didn't get delivered.