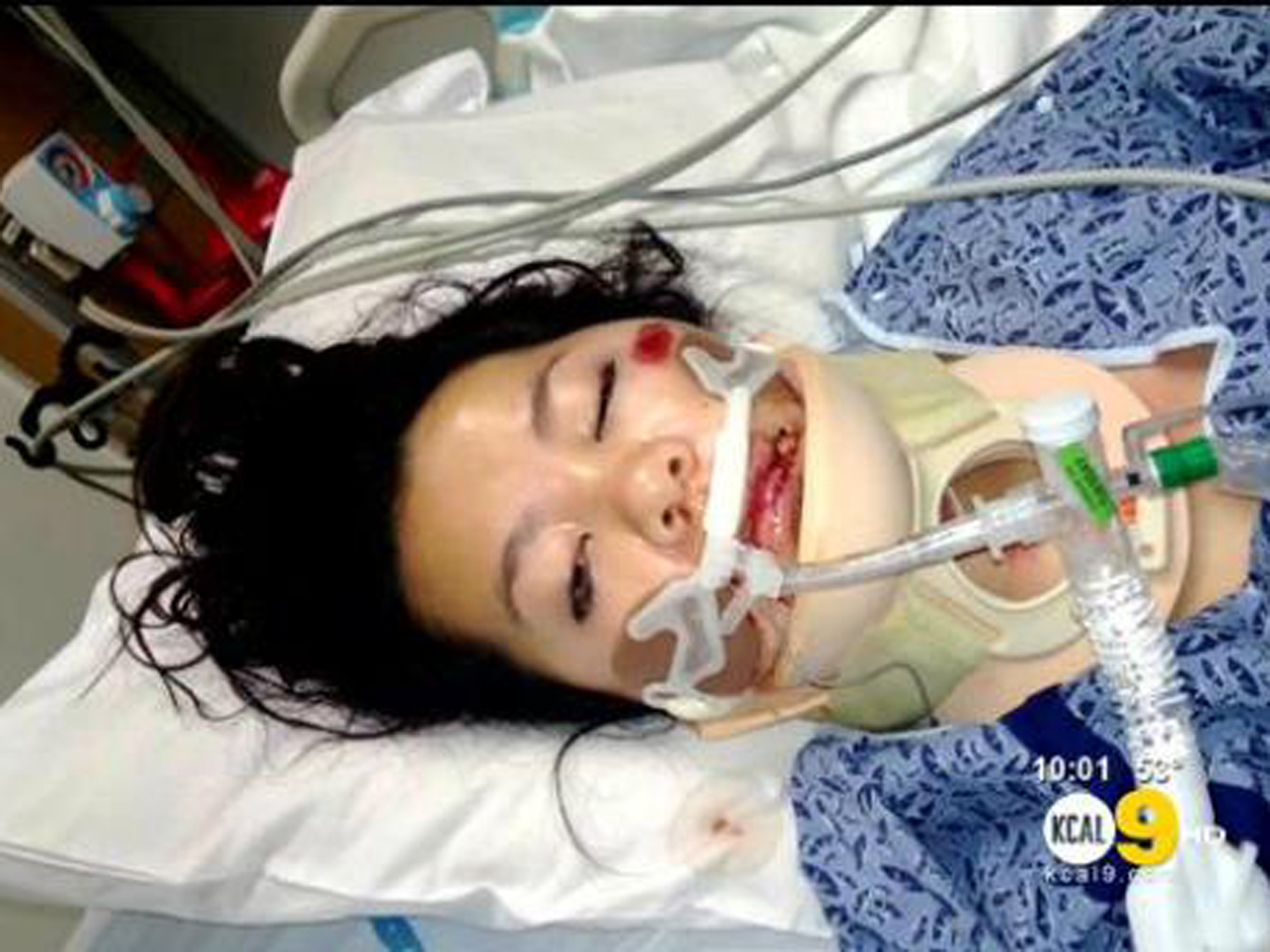 LOS ANGELES, Calif. – A woman is claiming that video footage of her falling out of a moving police car last year was actually an attempt to escape from an officer who tried to sexually assault her, reports CBS Los Angeles.

Kim Nguyen, 27, also asserts that the accused officer is responsible for her tumble out of an LAPD patrol car. She says she was groped while handcuffed in the back of the car on March 17, 2013.

The recording shows the alleged victim on the ground with her dress removed from the waist down.

Nguyen is suing the LAPD for negligence.

According to Nguyen, she and two male friends were outside a downtown restaurant at 2 a.m. waiting for a cab on the night of the incident. She says they had all been drinking.

Police then reportedly pulled up and placed her in the back of the squad car for being intoxicated. Nguyen says her two male friends were left behind.

A male officer sat with her in the back of the car, where he started to open her legs and grab her inner thigh, Nguyen stated in a deposition taped in December. She alleged that the officer pulled her ears and touched her chest to make her get closer.

Nguyen’s attorney said that his client needed a two-week hospital stay after tumbling from the vehicle. Her jaw had to be wired shut and she lost all of her teeth.