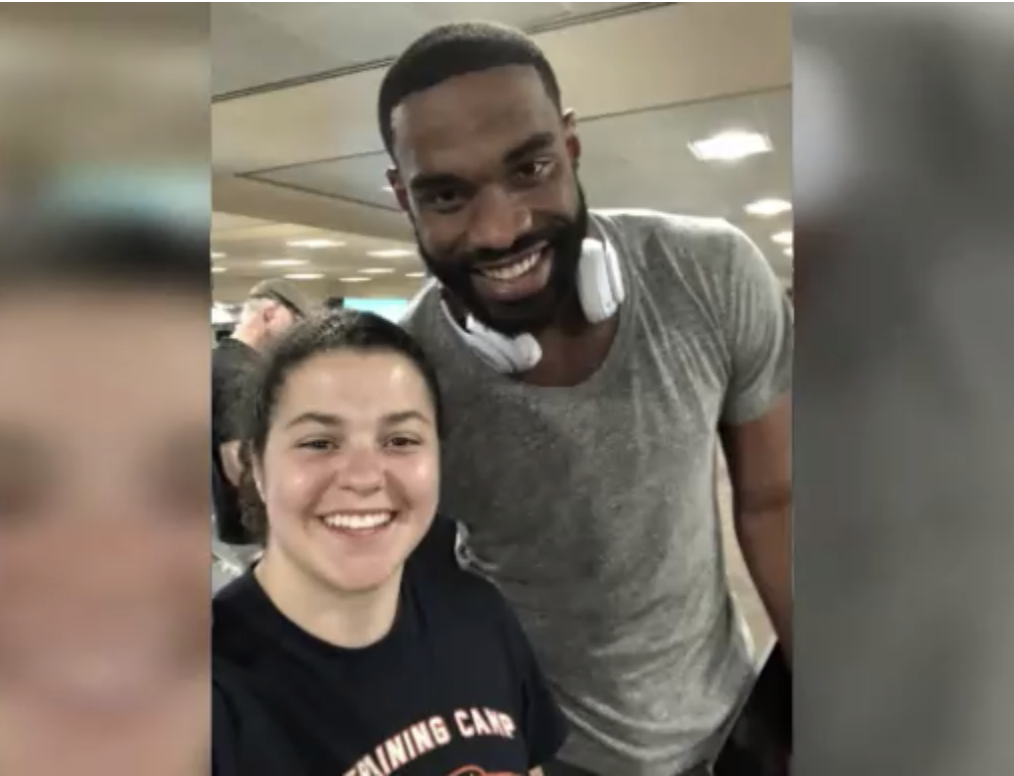 Delilah Cassidy found herself in a pickle while trying to check into her American Airlines flight last week. She had just gotten back from Europe and her credit cards weren't working because her bank did not know she was back in the States.

She had no cash, but American Airlines was asking her to pay $50 for oversized carry-on luggage. She says at first she was distraught over the extra charge because she had no way to pay it. Then, something incredible happened and she chronicled the story on Twitter.

"WOW okay so the most amazing thing just happened to me and I can't help but share it with the world," Cassidy tweeted. "American Airlines instituted a new policy where you have to pay to take a carry-on onto the plane. Which is ridiculous but off topic."

She went on to explain what the airline was asking of her, and why she couldn't pay.

She says was devastated by the airline's only solution for her. "They tell me that I'm going to have to miss the flight and head back to the ticket counter to pay down there."

The Arizona State University law student said she was "astonished" by the man's kind act. She tried to tell him it was fine, and he didn't have to pay, but "he hands the lady his card as the American Airlines employees stand in silence shocked by this man's generosity. They swipe the card and he tells me to have a great flight and hop on board."

Cassidy was shocked and the kind gesture warmed her heart. "I'm crying as I write this and as I board the flight. This man was an angel."

She then realized the "angel" was on the same flight as her. "I stop him as he's sitting in first class and try to give him my money but he just shook me off and told me to pay it forward," she wrote.

Her final tweet about the act of kindness -- or so she thought -- described the new outlook the stranger gave her. "My heart is so happy. There are good people in this world. Be that person for someone because I know after this I sure will be."

But the heartwarming story doesn't stop there. Cassidy tweeted a selfie with the "angel" after realizing his true identity.

"Update: It was Jermaine Gresham."

Gresham, an tight end for the Arizona Cardinals, was Cassidy's "angel" all along.

The uplifting Twitter thread has been picked up by dozens of media outlets and has been retweeted over 40,000 times. Cassidy says her Twitter "mentions are exploding & I can barely read anything," now that her thread has gone viral.