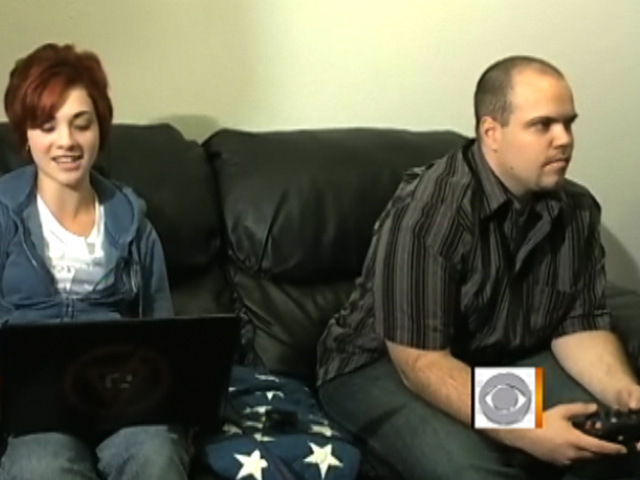 LOGAN, Utah -- A Utah woman listed her video game-obsessed husband for sale on Craigslist after she tired of being ignored.

Alyse Bradley, of Logan, said she put the post up as a joke.

"I didn't see him much at all. So one day I told him: `I am going to post you on Craigslist, you know,"' Alyse told the Herald Journal of Logan. "My mother-in-law said: `Do it!"'

A veteran who served in Afghanistan, 22-year-old Kyle Bradley was so engrossed in "Modern Warfare" that he spent most of his day playing the game.

Within hours, shoppers had responded to the "One husband to the highest bidder" listing on the free classified advertising site.

The ad describes Kyle Bradley as "easy to maintain, just feed and water every 3-5 hours." It also warns purchasers they'll need Internet service and space for gaming. It also says Alyse Bradley would trade her husband of two years for an acceptable replacement.

"We didn't think we would get any responses at all, but we've gotten so many," Alyse said. "Someone even offered a blue bag of Skittles."

The Bradleys said they've gotten some good laughs out of the post and the replies. One person asks for a photograph, while another suggests Alyse Bradley should use the free time to go out on her own. The couple said they've also had some emails from people concerned about the state of the marriage.

Kyle Bradley, who said he successfully finished the game within a few days, seems amused by his wife's ad and notes that she encouraged his purchase of the game.

"I love my wife. She supported me when I got the game. We stayed until midnight to get the game when it first came out," he said. "It's just funny."