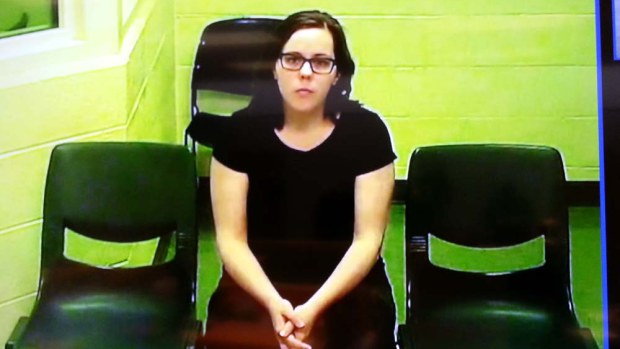 REDFORD TOWNSHIP, Mich. -- A Detroit-area woman accused of giving birth at work and hiding the boy in a plastic bag in a desk drawer has been ordered to stand trial on murder and child abuse charges.

Police say the baby was discovered on March 31, shortly after his birth in the restroom of a Redford Township business where Pappas worked as a temporary employee.

Prosecutors allege that Pappas gave birth to a "live full term child," sealed the infant in a plastic bag, and hid him at her desk while she continued her work day, CBS Detroit reported last month.

An autopsy determined the infant lived for 20 to 30 minutes and died of suffocation. His death was ruled a homicide.

Investigators believe Pappas was able to hide her pregnancy from co-workers and family, reports the station.

Pappas' attorney, Raymond Cassar, has reportedly said he believes his client suffers from "serious mental health issues" and has sought treatment for her.