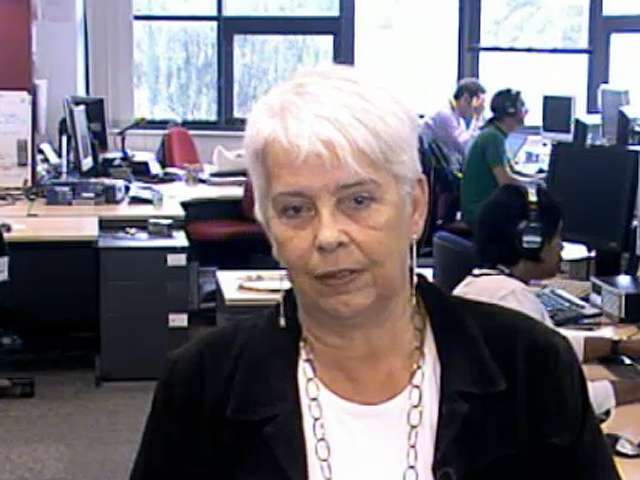 (CBS) Can a woman born without a womb give birth to a child?

That's something Sara Ottosson intends to find out. The 25-year-old - who lacks reproductive organs as the result of a rare hereditary disorder - will have her mother's uterus implanted into her own body next spring. Then her eggs will be fertilized by her boyfriend's sperm and implanted into the transplanted uterus, the Telegraph reported.

At least that's the plan. If the pioneering procedure comes to fruition, Ottosson - who lives in Sweden - would become the first woman to give birth to a child using the same womb in which she was carried.

Isn't that a little creepy?

Speaking of her mother's uterus,"I'm a biology teacher, and it's just an organ like any other organ," Ottosson told the paper. "But my mum did ask me about this. She said 'isn't it weird?' And my answer is no. I'm more worried that my mum is going to have a big operation."

What does Ottosson's mother think? "My daughter and I are both very rational people, and we both think 'it's just a womb,'" 56-year-old Eva Ottosson said. "She needs it more than me. I've had two daughters so it's served me well."

Sara, who found out she lacks a uterus when she failed to start menstruating as a teenager, suffers from Mayer-Rokitansky-Kuster-Houser syndrome. The "psychologically devastating" disorder, whose cause is unknown, affects about one in 4,000 to 5,000 females, according to Medscape.

This would be the first time a mother's uterus was transplanted into her own daughter - and only the second uterus transplant ever, according to the Telegraph. The first took place in Saudi Arabia in 2000, but the 26-year-old recipient of that womb had to have it removed after problems arose.

The sugery is among the most complicated medical procedures there is, according to the doctor who heads the team that hopes to perform the transplant.

"Technically, it is lot more difficult than transplanting a kidney, liver or heart," Dr. Mats Brannstrom told the paper. "The difficulty with it is avoiding hemorrhage and making sure you have long enough blood vessels to connect the womb."

Eva Ottosson said she hoped the procedure would help not only her daughter but also other women who suffer from MRKH syndrome.

And Sara? "At the moment I am trying not to get my hopes up so that I am not disappointed," she told the paper.

If things don't work out, she will adopt.