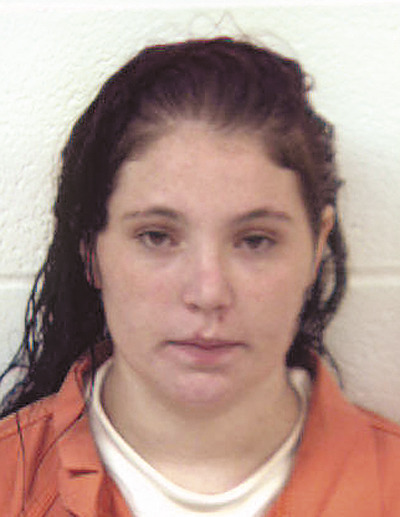 MIFFLINTOWN, Pa. (CBS/AP) Nicole April Kelly apparently figured she'd hide from the cops in a place they wouldn't find her.

In a funeral home.

She got caught anyway.

Authorities say the 19-year-old Philadelphia woman was already in custody on other charges, and was being transported to the Mifflin County Correctional Facility on Thurday May 13, when she decided, she "just couldn't do this" and fled, reports The Lewistown Sentinel.

Police say she pulled free and escaped while still in handcuffs. That triggered several hours of police searching for her on foot, with dogs, and even a helicopter.

Investigators say around 9 p.m. the owner of a local funeral home returned to his business, and noticed the phone was being used.  When he picked it up, the escaped woman was on the line but quickly said she had the wrong number and hung up, according to court documents viewed by the Sentinel.

When the business owner flipped the lights he saw Kelly burst out of a coffin, and try to run...again. He then held her to the ground, reports the paper, until police arrived.

The alleged "coffin fugitive" was arraigned Monday on charges stemming from the escape, as well as burglary, criminal trespass, criminal mischief, and simple assault, says the newspaper. Kelly remains jailed in lieu of $75,000 bail.

The funeral home is seeking restitution for damage to the coffin -- more than $300.