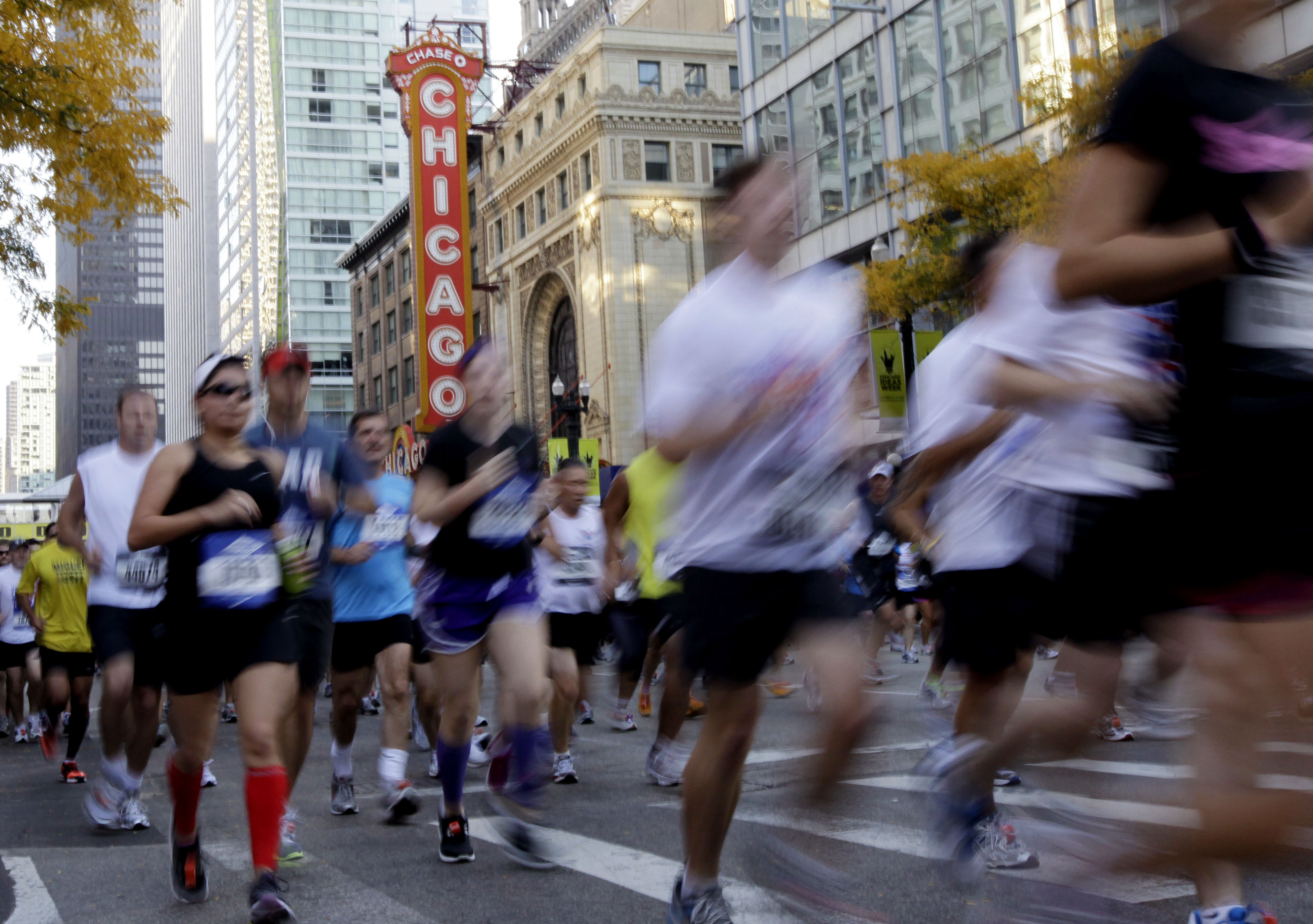 Amber Miller was nearly 39 weeks pregnant when she started the 26.2 mile race on Sunday morning. The DuPage County woman tells The Daily Herald in a telephone interview from her hospital bed that her doctor allowed her to run half the race and walk half the race.

Miller says she felt contractions after finishing at 6 hours and 25 minutes. When the contractions became regular she stopped to get a sandwich and then went to the hospital. Her baby girl June was born at 10:29 p.m. weighing 7 pounds, 13 ounces.

She told the newspaper that doctors officially have her listed in labor for 2 hours and 18 minutes before June entered the world, but said she had been receiving contractions since she crossed the finish line at about 3:30 p.m.

Miller says she's happy but calls Sunday "the longest day of my life."