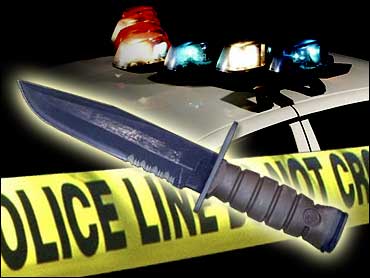 (CBS/AP) SAN DIEGO - A California woman convicted of killing her baby 25 years ago by throwing her into San Diego Bay, has now been accused of repeatedly stabbing her 86-year-old mother in the face.

Lorenza Delgadillo Penguelly, 51, was booked Monday on suspicion of attempted murder, assault with a deadly weapon and elder abuse, according to The San Diego Union-Tribune.

Penguelly was being held without bail and was scheduled for arraignment Wednesday.

Authorities alleged Penguelly stabbed her mother in the face eight times Monday and also cut her arms and hands. The mother was taken to a hospital and was expected to recover.

When Penguelly was 26-years-old in 1986, she drowned her 5-month-old daughter by throwing her in the bay, police said.

"She didn't make any cry when I threw her in the water. She floated and moved her little arms," Penguelly said according to court records cited by the newspaper.

At the sentencing, Superior Court Judge Wayne Peterson said society had failed Penguelly and her baby by not making adequate mental health resources available. He said he was concerned that Penguelly "not be given another opportunity to act out and place another child at risk."

The Union-Tribune reports Delgadillo's niece, who did not give her name, said Penguelly is mentally ill.

"My aunt put her in the hospital because she's not been feeling well but they released her," the niece reportedly said. "She's been sick for so many years now. It's really had its toll on our family."