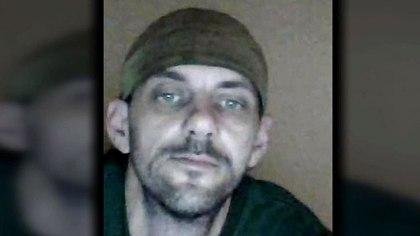 BROCKTON, Mass. -- A Massachusetts woman is accused of killing her boyfriend, hiding his dismembered body in a closet and telling police he died during a botched robbery.

Thirty-three-year-old Kathryn Podgurski was charged with murder Monday in the death of 44-year-old Joseph Shaw. She was arraigned in Brockton District Court and is being held without bail.

A responding officer said "he could smell what he recognized immediately as the strong odor of a decomposing body," CBS Boston reports.

Prosecutors said Podgurski told the officer Shaw's body was in the closet, where it was then found hidden under blankets and clothing. The remains had been there for a significant period of time and prosecutors said Podgurski had attempted to cover up the smell with cat litter and Lysol, according to CBS Boston. She had also allegedly flipped a bloody mattress, the station reports.

Shaw had suffered about 40 stab wounds and his remains were found partially dismembered, officials said in court, according to the station.

Podgurski originally faced a charge of accessory after the fact to murder, but prosecutors argued in court that she had lied about being robbed to cover up the crime, reports CBS Boston. A prosecutor said the number of stab wounds indicated a personal attack, not a botched robbery.

"I think it's particularly heinous, I mean there were obviously over 40 stab wounds with loss of limbs," District Attorney Tim Cruz said in court. "That's heinous and obviously, it's a very serious matter."

Many friends and family in court Monday were overwhelmed with emotion when they learned the state in which Shaw's body was found, reports CBS Boston.

Podgurski had been living with Shaw, officials said. Before that, she was homeless. Family told the station Shaw had recently asked her to move out, but police have not detailed a possible motive.

A lawyer for Podgurski did not immediately comment. She is scheduled to appear in court Aug. 24.

School board votes to remove superintendent after 6-year-old shoots teacher
Thanks for reading CBS NEWS.
Create your free account or log in
for more features.
View CBS News In
CBS News App Open
Chrome Safari Continue
Be the first to know
Get browser notifications for breaking news, live events, and exclusive reporting.