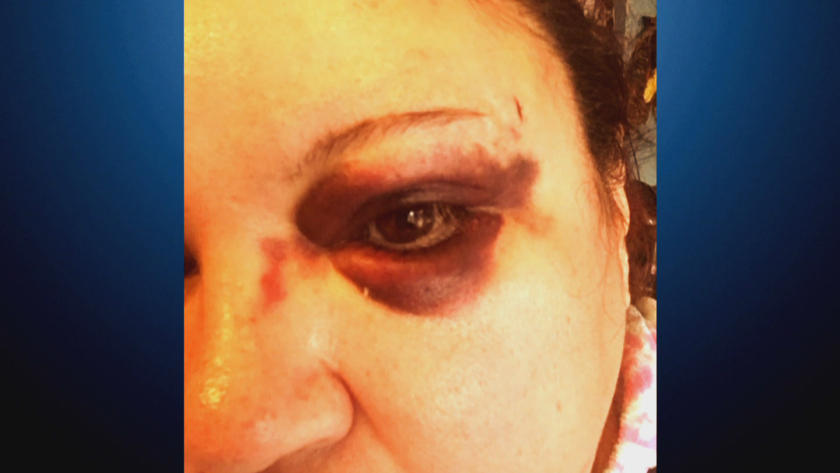 LAKEWOOD, Colo. -- A Colorado mother was hospitalized after she was assaulted outside a movie theater.

It happened Tuesday night at the Century 16 Belmar theater in Lakewood, CBS Denver reports. Heather Piper went to a movie with a couple friends where a small group of teens was "acting out of control," she said.

"They were crawling over seats and yelling," Piper said. "I asked them to be quiet several times and they wouldn't and I finally yelled at them to 'shush.'"

Despite her attempts to quiet the three teenagers, Piper said the group continued to act inappropriately. That's when another movie-goer got a security guard to come into the theater and the teens behaved. But when Piper left the theater with her friends, one of the raucous teens confronted her.

"She was screaming and just punched me on the side of the head," Piper said.

Piper said her two friends ran inside to get help as the young woman continued to punch her.

"I said, 'What are you doing? What's wrong with you?' And she lost it. She started hitting me again and then started crying saying, 'Well, you called me ghetto,'" Piper said.

CBS Denver asked Piper if she used those words in the theater and she said she "probably did."

Piper said she didn't fight back against her attacker because she is a foster parent and didn't want to jeopardize her license. Eventually the teen ran off and Piper was rushed to St. Anthony's hospital in an ambulance. She has a fractured nose, several bruises and scratches.

"I had blood all over my face," Piper said. "It was on my shirt all the way down to my shoes."

Lakewood police are investigating the assault and are reviewing surveillance video from the Belmar shopping center. Piper said her attacker is a young, heavyset black female, possibly between the ages of 16 to 20.