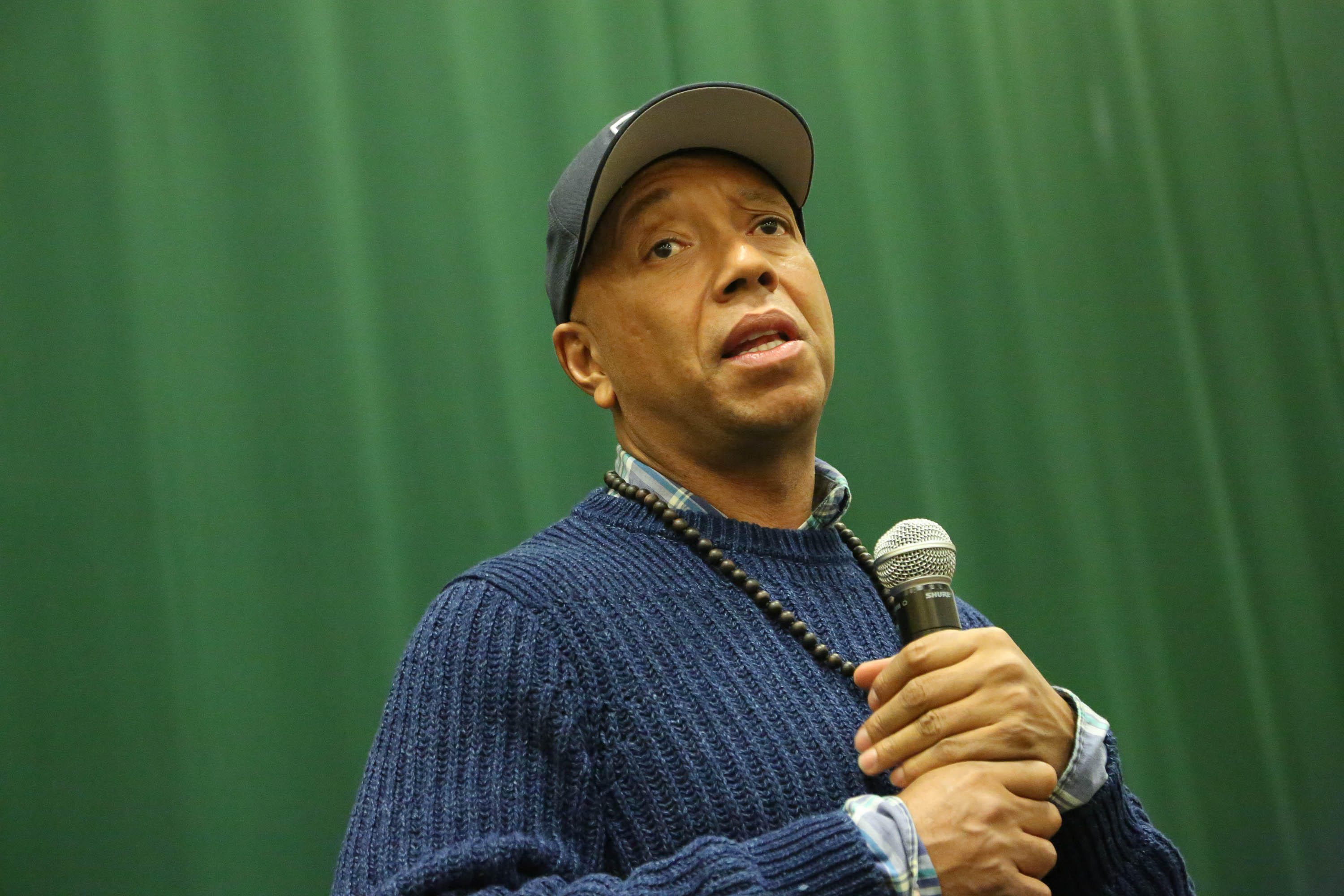 Author and domestic abuse activist Sil Lai Abrams says she believes NBC tried to silence her when she came forward to accuse Russell Simmons of rape and "Extra" host A.J. Calloway of sexual assault. Abrams approached MSNBC's Joy Reid to report the story, but in private text conversations, Reid told Abrams that the network was "slow-walking" the story and holding it up with "stupid" requests.

Abrams talked to the Hollywood Reporter about how her story was "silenced" when NBC killed the report. She said that after filming an interview with Reid in January, followed by months of follow-up questions from the network, Reid told her in April that the network was no longer responding to her inquiries about when the segment would air. They ultimately passed on the story. Reid told THR, "I inappropriately shared that frustration [about the research process] privately with Sil Lai. I completely respect MSNBC's standards and practices. Meticulous research to get the facts right was the only option, especially given the seriousness of the allegations."

An MSNBC spokesperson told THR that Abrams' story did not meet their standards, saying, "When MSNBC pursues any investigative story our mission is always to be as thorough as we can, to scrutinize sources and corroborate information before we report. Anything else falls short of our journalistic standards."

Abrams said she felt emboldened by the #MeToo movement to come forward with her story about the time in 1994 when she says Simmons raped her. She went to Reid, a professional acquaintance, in November.

"I needed to tell my story, to say his name out loud, to let people know what he had done to me," Abrams said. She said she tried to kill herself the day after the alleged assault; she said she swallowed a bottle of pills with wine, called Simmons and said, "I hope you know for the rest of your life that you made me kill myself!" She said that in 1998, Simmons apologized to her and said, "I'm sorry about what I did. I'm a different person now." Simmons completely denied the story, including raping Abrams, receiving the suicide threat and apologizing. Four sources told THR that Abrams told them about the alleged rape immediately after it happened. One of those sources, Abrams' friend, Carol Ingram, said she was worried about Abrams the day after the alleged rape and had her former husband check on her. He told THR he found Abrams crying and nearly "catatonic" and took her to the hospital.

Abrams provided MSNBC with a copy of her hospital bill from 1994 stemming from the suicide attempt in addition to answering other questions about the alleged rape.

And Simmons was not the only celebrity Abrams accused of assault. Abrams, who used to be a model, said that "Extra" host A.J. Calloway grabbed her hand and masturbated with it in 2006. Calloway was arrested and charged with forcible touching and attempted sexual misconduct, but the case was dismissed on procedural grounds, according to court orders Abrams showed THR.

Britney Spears' father calls for investigation into her testimony
More

Calloway's rep told THR, "These decade-old allegations are false. They were false when they were first made and are false now. Mr. Calloway fully cooperated with law enforcement from the beginning, denied the allegations, and the case was completely dismissed in November 2007. After the case was dismissed, the court records were sealed as a matter of law and are no longer available."

Abrams told THR she wrote about both assaults in her 2007 book "No More Drama" using pseudonyms for Simmons and Calloway.

Her accusation that NBC and MSNBC "silenced" her comes after criticism against the network for passing on Ronan Farrow's reporting on Harvey Weinstein -- which was later published by The New Yorker and won a Pulitzer Prize.  The network has also faced scrutiny over its handling of accusations against former "Today" anchor Matt Lauer.