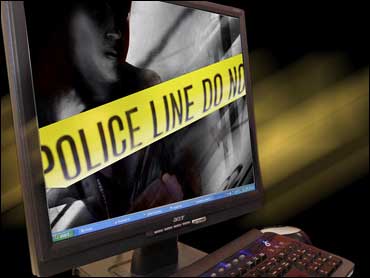 A 21-year-old woman accused of sending a vulgar text message to a 17-year-old girl is one of the first cases brought under a law against cyberbullying spurred by the suicide of a teenage girl following cruel messages on the Internet.

The 2006 death of 13-year-old Megan Meier prompted Missouri lawmakers to update state harassment law earlier this year so that it now covers bullying and stalking done through electronic media, like e-mails or text messages.

A handful of cases related to electronic communication have been filed statewide since the law took effect Aug. 28. Prosecutors do not track harassment cases based on the type of communication method used, so could not provide an exact count in recent days of how many people have been charged because of the new provisions.

In one of the new cases, Nicole Williams is accused of using electronic communications to harass a teenager in a dispute over a boy. Williams is scheduled for arraignment on one count of harassment on Jan. 8.

She allegedly sent the text message to the 17-year-old she had not previously met because she heard the girl had a physical encounter with her boyfriend. The two had just been talking, police said.

The 17-year-old girl received voice messages with lewd and threatening comments, including some threatening rape. Williams told police others sent those messages from her phone, according to a probable cause statement.

The case was filed in November and is the first involving text messages in the county where Meier resided, since the new law went into effect.

Defense attorney Michael Kielty, who represents Williams, criticized the revised law on electronic harassment. He called the Meier case tragic, but said lawmakers had engaged in a knee-jerk reaction to try to address the high-profile case.

In a landmark cyberbullying trial, Lori Drew, 49, of Missouri, was convicted in Los Angeles on misdemeanor federal charges of accessing computers without authorization last month.

Prosecutors said Drew and two others created a fictitious teenage boy on MySpace and sent flirtatious messages from him to neighbor Megan Meier, 13. The "boy" dumped Megan in 2006, telling her: "The world would be a better place without you." Megan hanged herself. Drew has not yet been sentenced.

The trial in California came after Missouri prosecutors said they couldn't find state statutes that allowed them to file charges.

Kielty said Missouri's revised harassment measures are bad law. "It's probably one of the worst written laws I've seen in my career," he said.

He said kids used to say things face to face or pass notes in school commenting on someone's looks or weight. The new law "criminalizes behavior that otherwise wouldn't be illegal except for the medium," he said.

Prosecutor Jack Banas said the updated harassment law should help make it "easier to go after people who are going after people in unusual ways."

He said harassment over the telephone has been a crime for years in Missouri.

Banas said he's still not sure Missouri's current harassment law as it related to electronic communication would have allowed for prosecution of Drew, had it been in effect at the time of Megan's death.

About 45 states have updated their laws to address harassment through electronic communications or crafted new laws to respond to the concerns of cyberbullying or cyberstalking, said Naomi Goodno, an associate professor at Pepperdine University School of Law who has written about cyberbullying law. She said many of those changes happened prior to the Meier case or were fueled by other concerns.