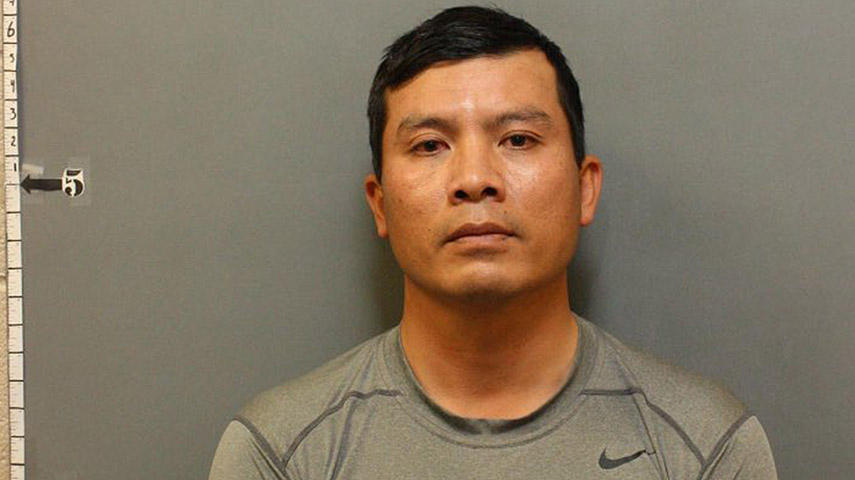 CARROLLTON, Texas – An attack on the Indian Creek Golf Club in Carrollton, Texas, left one man bloodied with a brain injury and broken ribs, CBS Dallas-Fort Worth reported.

Michael Plumlee, 27, and three friends were wrapping up putts on the 17th hole Friday afternoon when the alleged incident occurred.

Witnesses said another foursome, including suspect Kevin Keo Sivilay, broke golf etiquette by hitting their fairway shots at Plumlee and his friends.

When Plumlee threw the ball off the green, witnesses said Sivilay swung an iron at the back of Plumlee’s head -- hitting him repeatedly with his club. The attack continued even after Plumlee fell to the ground with serious injuries, CBS DFW reported.

“We went to the hospital and found out he had a fractured skull,” said Plumlee’s mother, Sohnya Suarez-Cope. “Nobody should have to go through something like that when you’re having a fun day of golf.”

Plumlee was knocked unconscious and the remains hospitalized.

Carrollton police said Sivilay tried to leave the golf course before they arrived but was blocked by golf carts. He was charged with aggravated assault with a deadly weapon.

His family wants the other golfers who were with Sivilay to also face charges since Plumlee’s prognosis is uncertain.

“We don’t know long-term what is going to be like and it concerns me that any of these violent people can be out there free,” said Suarez-Cope.

Police confiscated several clubs to determine which one was used as a weapon.

Sivilay has a previous criminal conviction for car burglary, but his violent round of golf could send him to prison for 20 years.

“Golf is supposed to be a gentleman’s sport and for something like this to happen is unheard of,” said Brandi Plumlee, the victim’s stepmother.