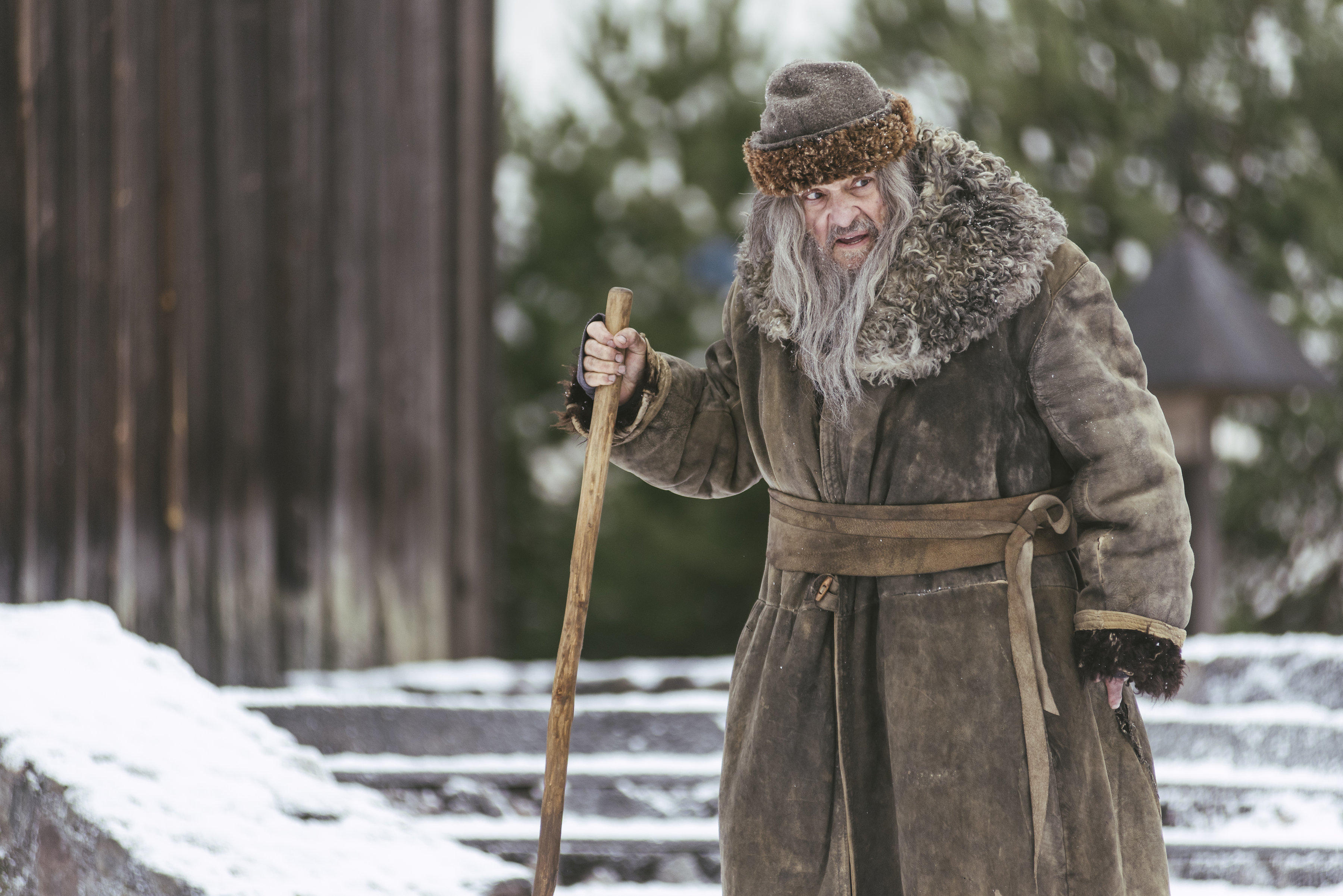 With “Winter Thaw,” actor John Rhys-Davies -- known for his vast body of work that includes “The Lord of the Rings” and the “Indiana Jones” franchise -- takes on the work of one of his favorite authors, Leo Tolstoy. The drama, which premieres on Thanksgiving, is an adaptation of Tolstoy’s short story “Martin the Cobbler.”

The story is set in poverty-stricken Russia, a topic Rhys-Davies couldn’t help but dwell on, given current events, as he spoke to CBS News by phone.

Where are you at the moment?

I’m in Tulsa, Oklahoma and I have just finished a night shoot and so I’m a little brain-dead, actually. I’m filming something called “Starbright,” which I think is a fantasy film, and you are talking to the archangel Raphael.

So you’ve taken on Tolstoy with “Winter Thaw.”

What I liked about is, it seems to me that it’s got the texture of the Russia of that period -- the grinding poverty, the mixture of saintliness and the meanness of spirit that they have. But it’s the poverty that comes through, and that poverty, I think, is still there, certainly in parts of Russia. I was in Moscow for the Yeltsin election -- the Boris Yeltsin election in ’96 -- doing some filming, and even in Moscow, you know, the poverty was overt and evident.

I don’t think they like to advertise that, though.

You should visit Russia, they’re a great people. Sly and shifty, but a great, great people. They’re very much like us Welsh, you know -- very soulful and absolutely untrustworthy -- oh, did I say that out loud? No, they’re a wonderful mix of motives and generosity, like most people, you know?

Though this was actually filmed in Lithuania. Had you filmed there before?

I have yes. the Lithuanians are physically a very beautiful people, and I find them so culturally rich. They have a tradition of theater there. They were lovely people to work with, but they’re very worried at the moment, obviously -- the bear is prowling and it could well be that Lithuania is de facto absorbed back into the Russian empire. Gosh, we’d better not into politics, not at this particular time.

One of the great lessons in this is about compassion and understanding, especially of people in different situations than yours, which could argue after recent events is a very important lesson for American audiences.

That’s right. But, you know, you cannot do Tolstoy without understanding that it is a spiritual thing. Tolstoy, of the great modern writers, is the one who is most agonizing about the impossibility of the rich man getting into the kingdom of heaven. There’s a wonderful image in “War and Peace” where Pierre’s in prison and he’s going to be shot by the French, and a piece of bread is given and he pulls a great big bit off and intends to wolf it down and another prisoner says to him “No, no, no don’t eat like that, don’t eat quickly like that. Just take a tiny little bit, taste it and chew it and really get all the taste and flavor out of it before you swallow it.” It’s a wonderful metaphor for leading a spiritual life, I suppose. Don’t wolf it down.

"Blue's Clues" host Steve is back with a message to millennials