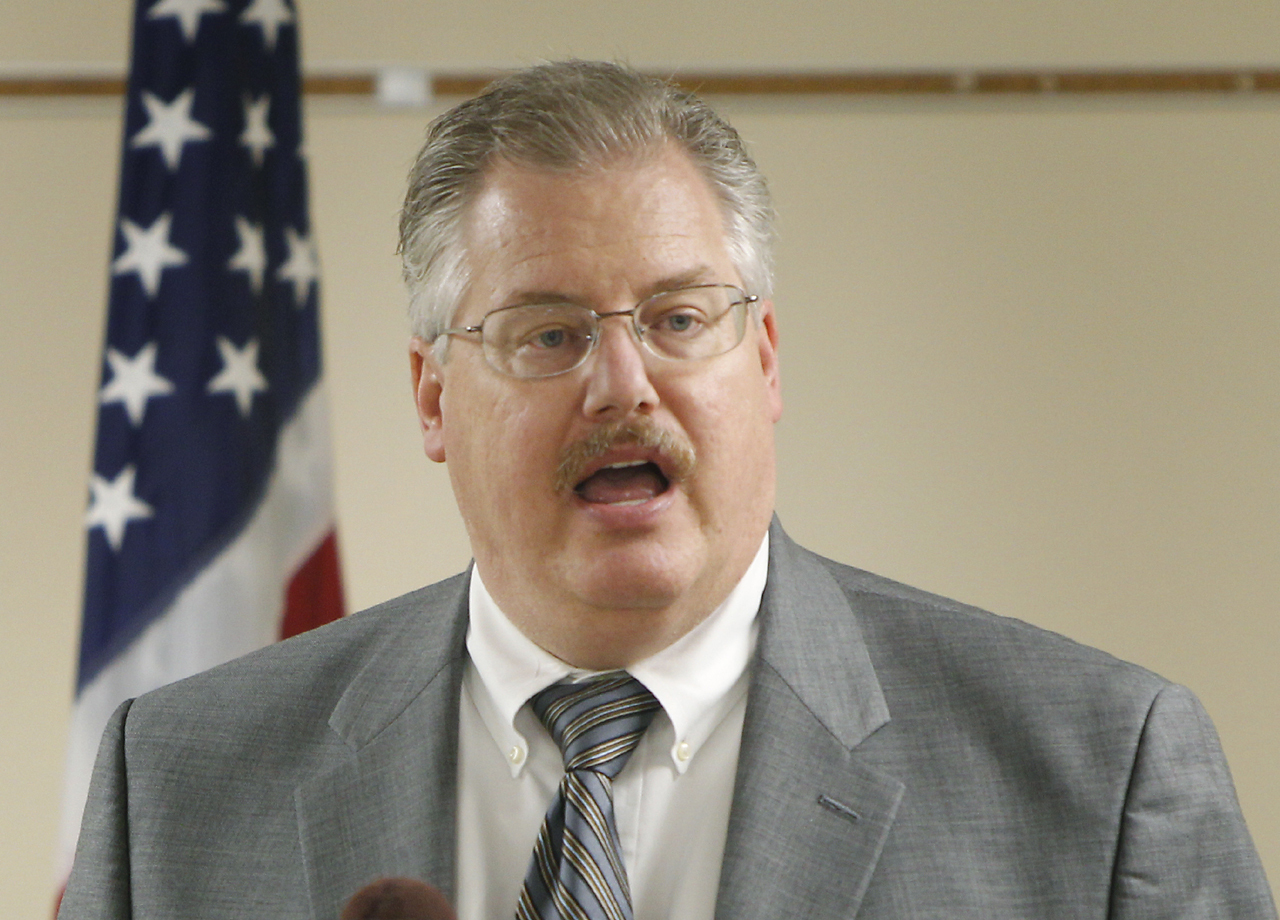 "His conduct appears to fit the connotation of 'misconduct' and demonstrates inappropriate behavior but does not satisfy the elements required to prosecute," wrote Assistant Attorney General Tom Storm, who led the investigation.

Kratz resigned from his $105,000 per year position in October after The Associated Press reported he had sent 30 text messages to a domestic abuse victim trying to strike up an affair while he prosecuted her ex-boyfriend on a strangulation charge. Kratz, who was 50 at the time, called 26-year-old Stephanie Van Groll "a hot nymph" and asked if she was "the kind of girl that likes secret contact with an older married DA."

Van Groll complained to police and Kratz was removed from the case. The Justice Department investigated at the time but decided not to file charges. Kratz was instead ordered to self-report the messages to the Office of Lawyer Regulation, a separate state entity that reviews attorneys' conduct. The office declined to discipline Kratz, saying he hadn't violated any rules.

Pressure mounted on Kratz to resign after Van Groll's allegations became public. Then-Gov. Jim Doyle began removal procedures against him and other people began coming forward with accusations. The Justice Department and the lawyer regulation office both reopened investigations.

The Justice Department on Monday released its case summary, which said 15 women, including Van Groll, filed complaints against Kratz. Seven complaints did not lead to an identifiable criminal offense. Two complaints regarding sexual assault were deemed not prosecutable owing to statute of limitations concerns, and a third due to questions about the veracity of the complainant.

In the matter of another domestic abuse victim in a different county whom he met through a dating service, Kratz offered to write for her a victim impact statement, "because he knew all the right things to say," the Case Closing Report states. In exchange, Kratz wanted a sexual relationship.

The woman eventually reconciled with her husband; no statement was ever written, and no relationship developed.

The investigation found that "the conduct does not violate Wis. Stat. §946.12 because Kratz did not intentionally fail or refuse to perform a known ministerial duty, commit an act that he knew was in excess of his lawful authority, exercise a discretionary power in a manner inconsistent with the duties of his office with intent to obtain a dishonest advantage, or solicit a service of value that he knew was greater or less than that fixed by law."

The investigation also questioned the timing implicit in a claim that Kratz had sought a quid pro quo sexual relationship in return for supporting a request for a pardon.

Kratz's attorney, Robert Bellin, said he was pleased with the decision. He said his office is investigating whether people lied to hurt Kratz.

"I think it's obviously the right decision," Bellin said of the decision not to file charges. "I don't think we were that worried about it. We think that there were statements from individuals who came forward who were not completely truthful."