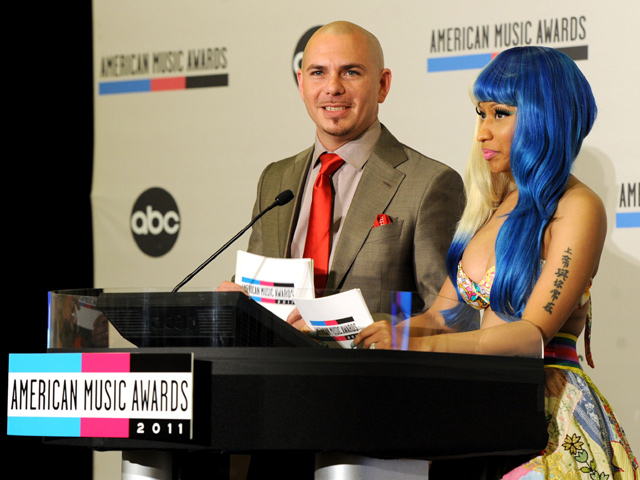 (CBS) The American Music Awards, the award show that allows viewers to determine winners and nominees, will be broadcast live Sunday  on ABC with no host but with performances from Katy Perry, Justin Bieber, Chris Brown and many more.

The host-free event allows its winners as well as performers to  be the stars.  Both nominees  and  winners  are determined by online voting.

This year, Adele leads the pack with four nominations. Right behind her are Katy Perry, Lady Gaga, Lil' Wayne, Rihanna, Taylor Swift and The Band Perry with three nominations each.

The nominees for the biggest category, 2011 Artist of the Year, include Adele, Katy Perry, Lady Gaga, Lil' Wayne and Taylor Swift.

At last year's AMAs, Justin Bieber made history -- becoming the youngest artist to take home the Artist of the Year title.

"The highly talented group that makes up this year's 2011 AMA nominees have dominated the charts, airwaves and pop culture all year long," said the show's executive producer, Orly Adelson, and Larry Klein, AMA producer, in a statement.