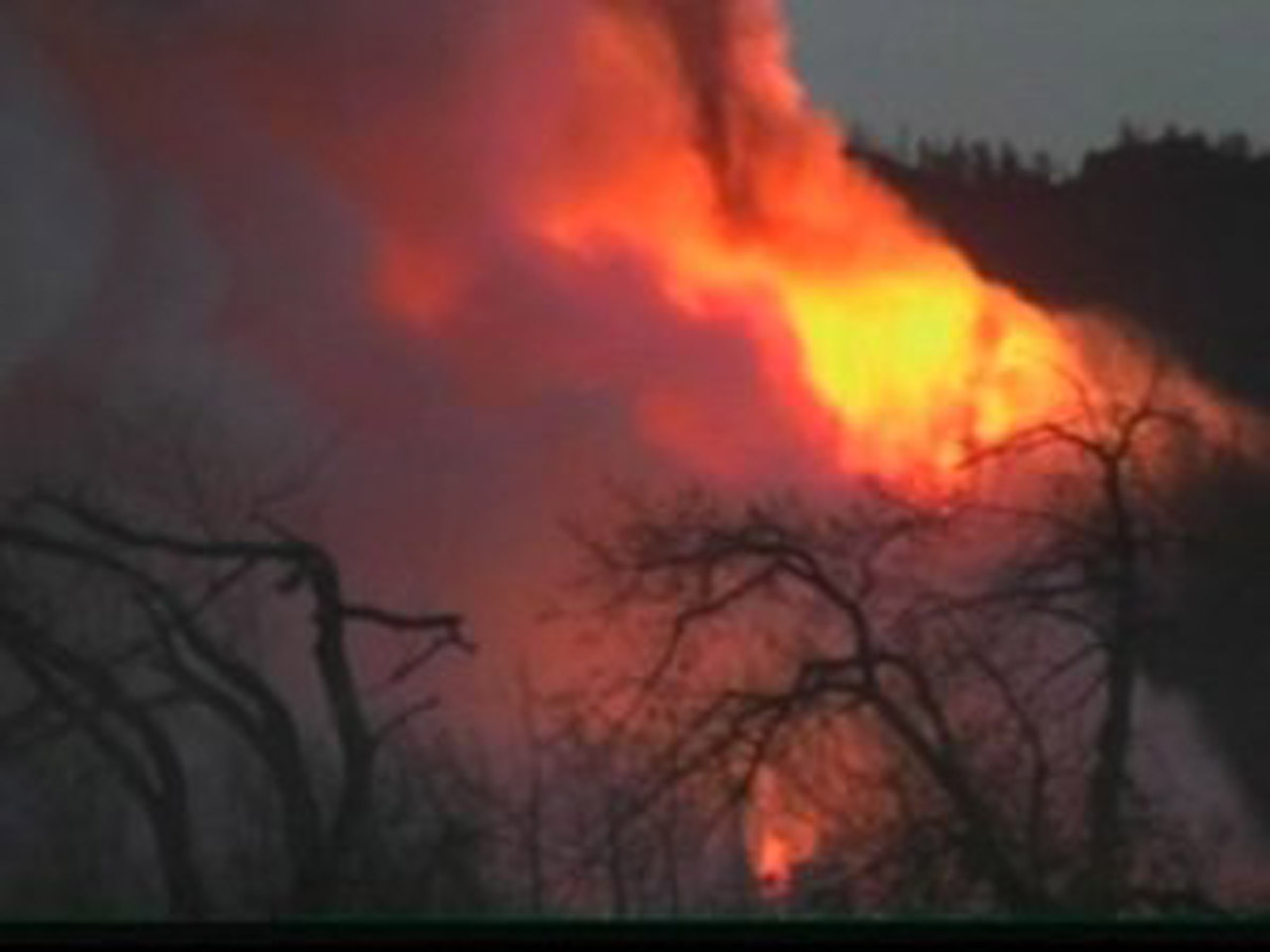 WETMORE, Colo. A wildfire that forced the evacuation of hundreds of people in and around a small southern Colorado town has damaged at least 14 homes, authorities said Wednesday.

The 3-1/4-square-mile fire was burning near Wetmore, an unincorporated town in Custer County about 100 miles south of Denver.

About 380 people were evacuated after the fire broke out Tuesday and quickly grew in winds gusting up to 79 mph.

That count could go up after a survey of the damage near Wetmore, CBS Denver station KCNC quotes fire spokesman Ralph Bellah as saying.

The fire continued to spread through the night, forcing authorities to go door-to-door to evacuate seven more homes in neighboring Pueblo County.

The cause of the blaze was still under investigation, but wind may be to blame. Custer County Sheriff Fred Jobe told The Denver Post that colliding power lines apparently created sparks that ignited dry brush.

Meanwhile, a new blaze that broke out from a trash burn on private land in southwest Colorado prompted evacuations of about 30 homes Wednesday in Montezuma County. Winds pushed that fire across 386 acres and prevented planes and helicopters from dropping any water or retardant on the fire, sheriff's Lt. Ted Meador said.

A cold front was moving in that could bring snow or rain to the fire, raising some hope that Colorado's protracted fire season could be nearing an end.

The fire season in Colorado started in March, usually one of the snowiest months in the state, with a blaze that burned 6 square miles and killed three people in the foothills outside Denver.

Fire managers also hope the change in weather will help stop the growth of a 1-1/2-square-mile wildfire burning in Rocky Mountain National Park. Parts of it have flared up because of strong winds in recent days, and officials were monitoring it to make sure it doesn't move beyond the park.