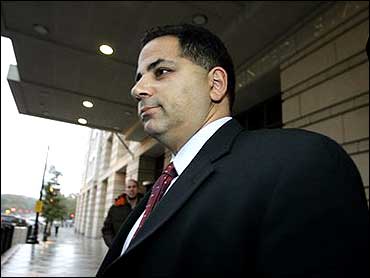 David Safavian, the former chief of staff for the General Services Administration, was convicted of lying to investigators about his relationship with Abramoff, the disgraced lobbyist who has admitted bribing government officials. Safavian was sentenced to 18 months in prison but the sentence was put on hold while the appeal played out.

"David Safavian has been destroyed by this," attorney Barbara Van Gelder, who defended Safavian at trial, said Tuesday. "He has been debarred. He's been unemployable and he's been seen as a villain. This is vindication."

The court unanimously agreed that when Safavian asked whether he could ethically travel to Scotland for a golf trip with Abramoff, he was not required to tell ethics officials that he'd been providing Abramoff information about government-owned properties.

The government contended that once Safavian asked for the ethics opinion and once he began speaking with the inspector general, he was required to disclose all the information, even beyond what was asked. The court disagreed.

"The government essentially asks us to hold that once an individual starts talking, he cannot stop," the appeals court wrote. "No case stands for that proposition."

The remaining charges focus on whether Safavian lied to the Senate when he said he Abramoff was not doing business with the GSA. At the time, Safavian was advising Abramoff on how to obtain two GSA-controlled properties, including the historic Old Post Office in downtown Washington, that the lobbyist wanted.

Safavian argued that he believed he was being honest, since Abramoff had no contracts with the agency. The court held that the trial judge should have allowed Safavian to call an expert to discuss how government officials view this issue.

The Justice Department did not immediately return a message seeking comment on the decision or say whether it planned to try Safavian again. Van Gelder called for prosecutors not to do so.

"The government was overzealous in its original prosecution," she said. "I hope they exercise more discretion in deciding whether to retry him."