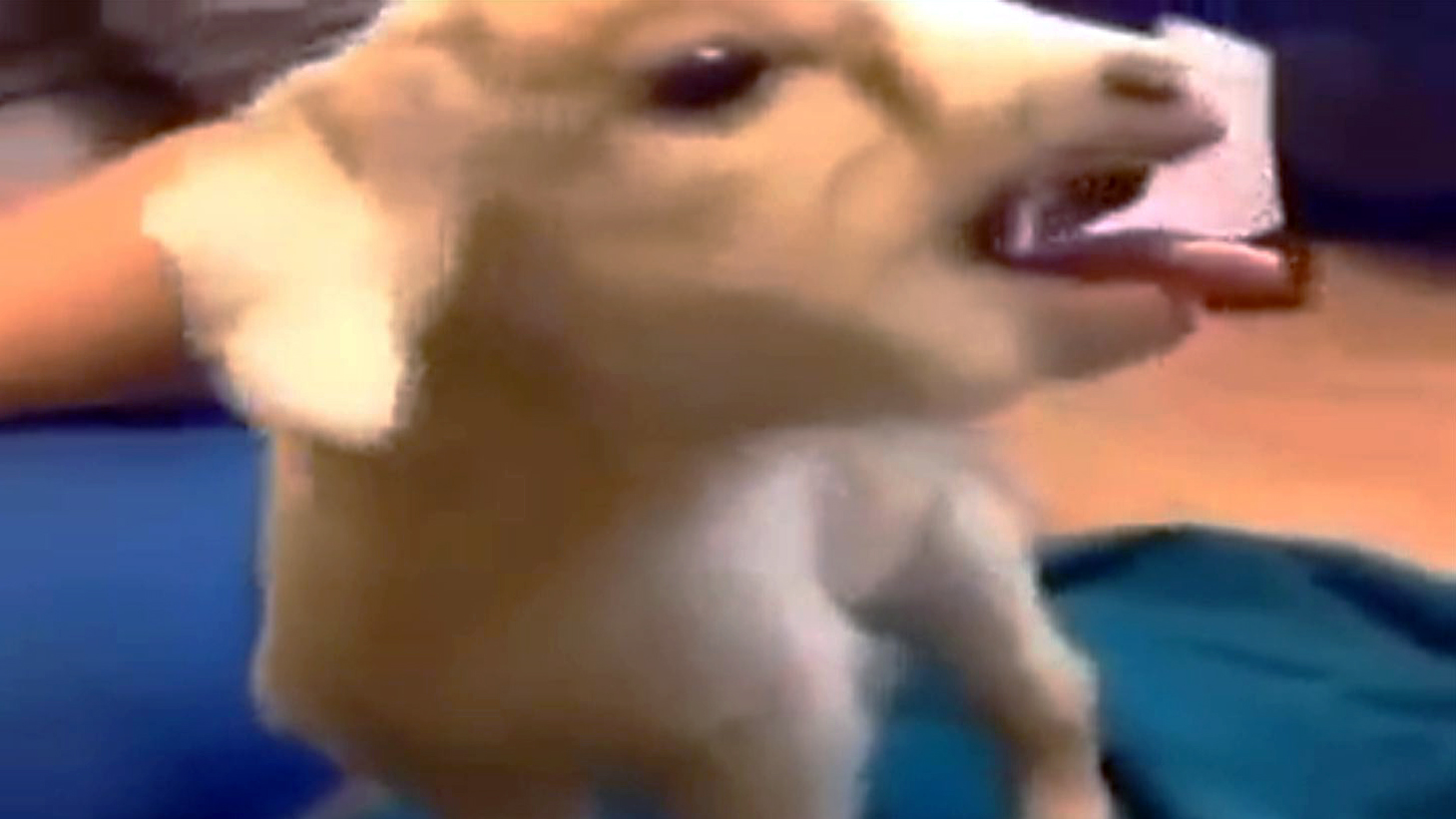 This week's most popular viral videos include a "wimpy" goat, Brad Paisley playing slide guitar with a GoPro, Weezer's drummer making an amazing catch, "Baby Got Back" performed by a symphony, a giant chainsaw swinging from a helicopter, a base jump from a moving truck and a dog enjoying a leaf blower.

First up, the world of social media is in love with the "wimpy" goat in this video posted by madebysam.

Mike Perlof brought his GoPro camera to a Brad Paisley concert and left with some of the coolest footage a fan could possibly want.

Drummer Pat Wilson of Weezer doesn't miss a beat when he catches a Frisbee thrown on stage by an audience member during a performance of the hit song "Beverly Hills."

Sir Mix-A-Lot's "Baby Got Back" is one of the most popular songs of all time. Here he is at Benaroya Hall in Seattle, Wash., performing his classic in a brand new way -- with the SeattleSymphony.

Tall trees still need to be trimmed. And, apparently, the way that is accomplished is by swinging a giant mega-chainsaw from the bottom of a helicopter -- as seen in this video shared by slope mower.

And, Moop shared this video that shows one dog's hilarious love for a leaf blower.