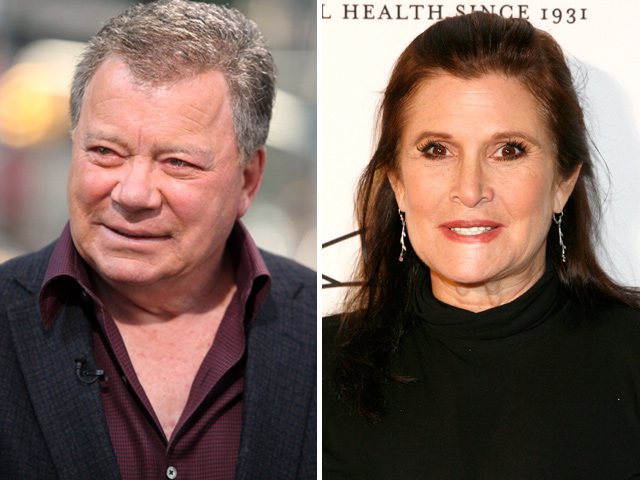 (CBS) William Shatner and Carrie Fisher are engaged in a full-on web battle as to whose space-themed franchise is better, Shatner's "Star Trek" or Fisher's "Star Wars."

Shatner, who played Captain Kirk on "Star Trek," sent the feud into motion when he said his franchise was better than Fisher's in an online video.

Fisher, who played Princess Leia in "Star Wars," immediately responded back dissing "Trek" and challenged Shatner to a face-off in their respective costumes - Fisher's iconic metal bikini and Shatner's "Trek" uniform, which she dared him to squeeze into.

This of course brought on a response from Shatner, who claimed he wasn't overweight - just extra muscular - and jested that at least his old getup was made of stretchy material. He then moved on to talking about "Star Wars," which he admits had better special effects, but was missing other essential elements.

"In fact, everything about 'Star Wars' was special effects. I envy the special effects," said Shatner. "The only thing is you guys forgot about story and character and plot development - those kind of basic things."

The ball is in Fisher's court now.

Tell us: Which "Star" franchise do you think is better?