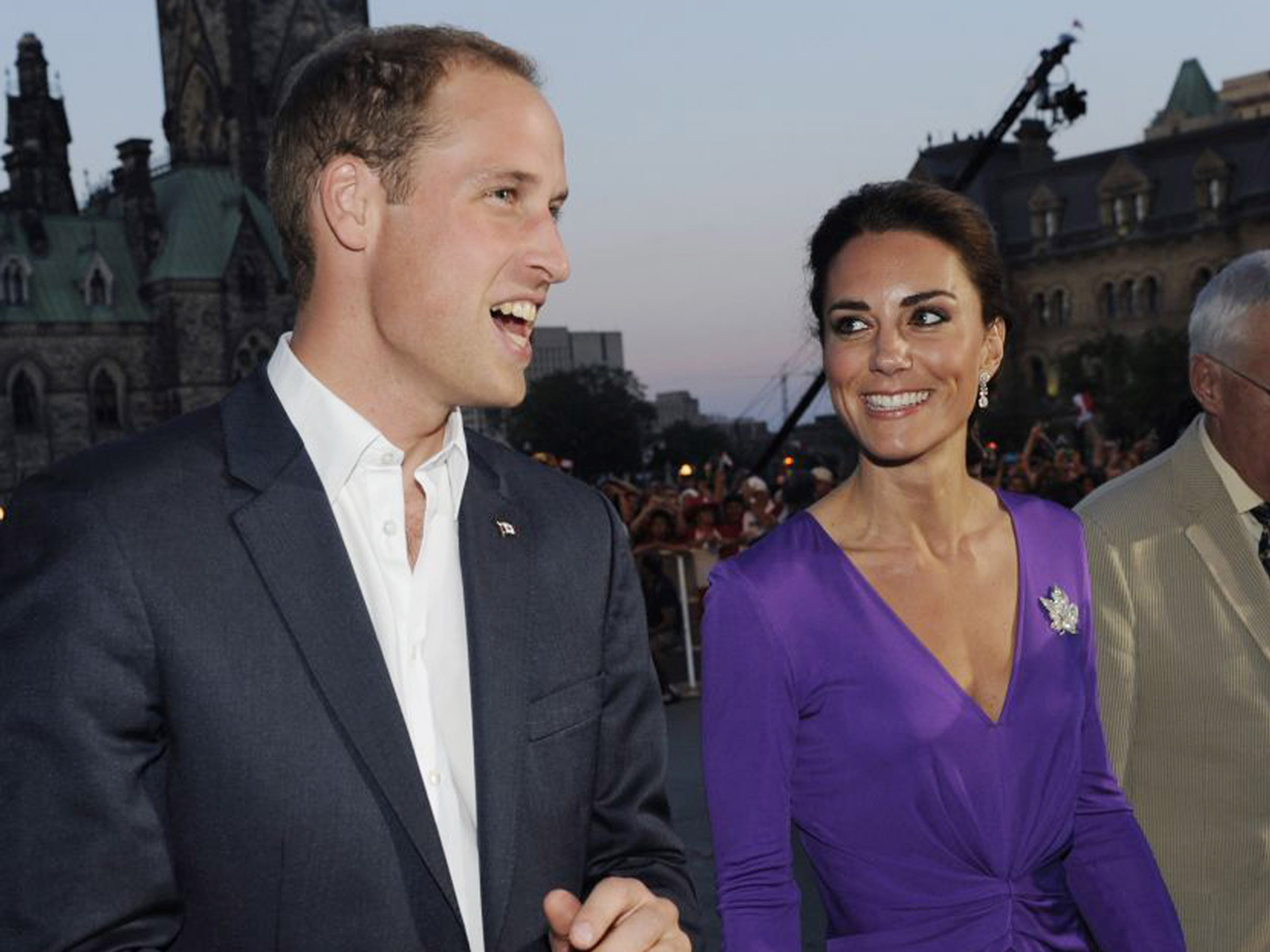 (CBS) After attending a citizenship ceremony and an afternoon celebration, Prince William and Kate capped off their Canada Day (and the second day of their royal tour) with an evening concert.

The Duke and Duchess of Cambridge, as the couple is formally known, arrived to applause on Parliament Hill for the show, which celebrated Canadian music.

The duchess, who wore a cream Reiss dress and red fascinator earlier in the day, changed into a purple, long-sleeved Issa jersey dress and black heels. She also wore the maple leaf brooch loaned to her by Queen Elizabeth II for the trip.

William changed into a navy suit and open-necked white shirt.

The couple stayed for about 35 minutes of the show, according to People magazine. Later, they took in a fireworks display from the Foreign Office, where a diplomatic reception was held in their honor.