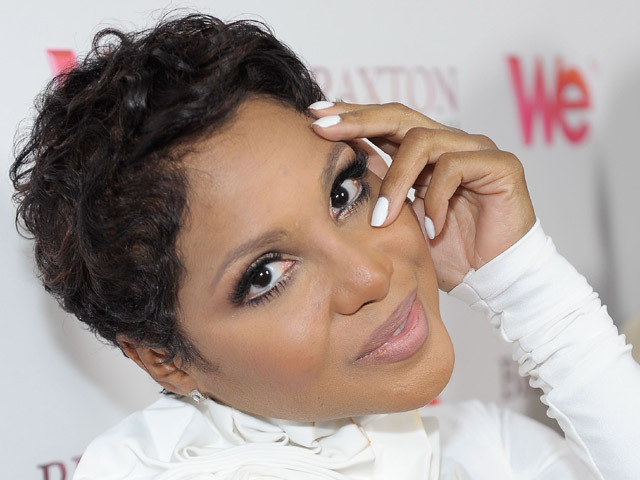 Grammy-winning singer Toni Braxton may be making her comeback with more than her music and the launch of her new reality TV show, "Braxton Family Values" - she may be taking it all off for a spread in Playboy to pay off her bankruptcy.

"I was really flattered, and they've asked me a few times in the past. But one of the reasons I'm excited is because after I was sick I just didn't feel sexy, I thought I lost my mojo, " Braxton told Wendy Williams on "The Wendy Williams Show" today. "When they asked me I was like, 'They think I'm sexy? My boobies hang down to here a little bit.' I was really flattered."

So is she going to do it?

"You know, I haven't decided. I have until June," she said. "One of the reasons I'm hesitant is because of my boys. I don't want them to go to school and have their friends to come to school and say, "I saw your mommy's boobies."

Williams had an opinion about this of course - "Don't do it, she said. "And I'm going to tell you..."

"It wouldn't be a full spread it wouldn't be like 'woo-hoo'!" Braxton jumped in, throwing her legs up in the air.

"It doesn't matter and here's the thing, even if you didn't have children, even if you were totally single. My thought is that you've come too far to have to do that," Williams stressed. "We already know you have a great body. And besides Toni, that's not a lot of money, $100,000... That's bubble gum money compared to what the IRS allegedly wants."

"I agree with that," Braxton admitted.

The tabloids reported that Braxton filed for bankruptcy twice and that she owed the IRS $50 million dollars. Is that true?

"Here's what happened. At first it was a business bankruptcy. But because I secured everything personally, I had to file. That's what happened. People don't understand that bankruptcy is for protection. So after I got ill from, you know, I have Lupus. My Lupus affects my heart and that's why I have heart disease..."

"But what people don't understand is that's when I got ill. That was just one year, one year of my illness. That's all it was, it was a deferment, so all of a sudden it became a deferment and I owe taxes. But that's not the case," she said. "Because of the Vegas show. I got ill and had to cancel my Vegas show. I had to cancel all of my concerts and that's why I had to file for business bankruptcy, to protect myself."