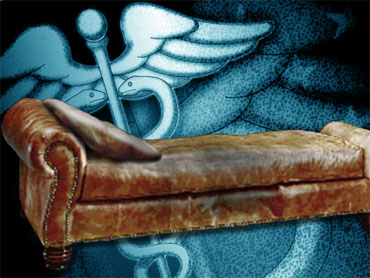 (CBS) Is anyone normal anymore?

An updated edition of the medical reference doctors use to diagnose mental illnesses could include a range of brand-new disorders, including some that describe thought patterns and behaviors that have long been considered mere quirks or examples of eccentric behavior.

Are you angry at something or do you have "temper dysregulation disorder?"

Feeling upset or do you have "mild anxiety depression?"

And then there's "psychosis risk syndrome," a diagnosis that could apply to people who seem merely to be at increased risk for full-blown psychosis,.

The new edition of the book - the "Diagnostic and Statistical Manual," or "DSM" - is considered the bible of mental illness. It contains specific criteria for diagnosing mental illness and is used around the world.

The new edition of the DSM isn't due out till 2013. But medical experts met on Tuesday to discuss changes being considered to the text, Reuters reports.

Will the revised DSM help people get treatment for psychological problems that now go undiagnosed and treated? Or will it understate the impact of mental illness by suggesting that the term applies to a much wider swath of the population?

Some doctors worry that with so many new disorders, few people will be classified as mentally healthy.

"It's leaking into normality," Til Wykes, of the Institute of Psychiatry at Kings College London, told Reuters. "It is shrinking the pool of what is normal into a puddle."