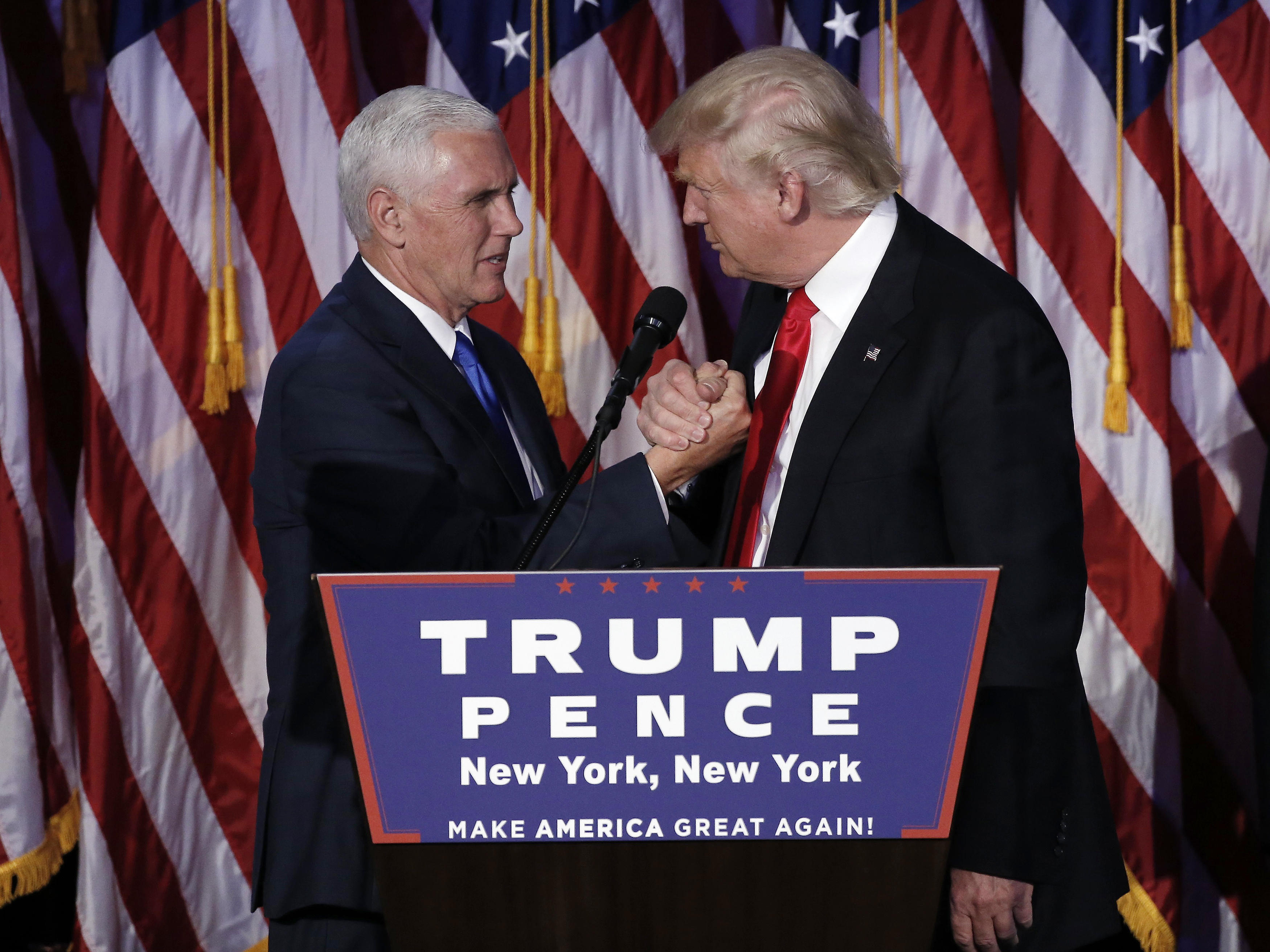 I’ve been thinking about this election for a while now like it’s the final round of a game show. You’ve won, and the host presents you with two options: a refrigerator and a mystery box.

The fridge is a fridge – you pretty much know what you’re going to get. It might not be the best fridge. Maybe it’s a bad one. You probably like your current fridge more. But it’s something.

Then there’s the mystery box. You have no idea what’s in it. Maybe there’s gold in it. Maybe it’s filled with spiders. In any event, it’s certainly the more exciting option, which is why the contestant so often picks it.

So America has chosen the mystery box, and now we get to find out what’s in it. And the first thing we’re going to find out is how interested Trump is in actually doing the things a president does.

The often-heard theory from liberals over the last few months was that Trump didn’t want to be president. Clearly he did, and he worked very hard for it. But that doesn’t mean he won’t be happy to outsource much of the day-to-day stuff that’s not glamorous or fun.

A data point to consider here: According to the The New York Times’ Robert Draper, Trump pretty much told John Kasich he could run the country if he’d be his running mate.

Who knows if a similar deal was made with Mike Pence. But it would make a degree of sense, given what we know about Trump his enthusiasms. You could see him easily gliding into the role of the boss – the decider, if you will – who is still comfortable with outsourcing a lot of what he does.

It’s likewise easy to envision Trump spending a lot of time at the southern border in a hard hat talking about (and perhaps ultimately building) his wall. It might be safe to assume that they’ll be other big infrastructure undertakings that Trump will make visiting a priority, in addition to big deals to be made at various international summits. He’ll get the attention and the press doing something he’s comfortable with and enjoys doing.

This arrangement also would make sense for Trump because he’s not really one for ideology, and he certainly isn’t a policy wonk. Pence is by all means an ideologue, and one known and liked by the Republican ideologues set to run Congress.

Together, they would do what normal parties try to do while in power: force through an agenda, one that probably won’t be too distinct from the once the GOP has pushed for decades. But let’s allow that it also have certain Trumpian quirks, such as tariffs and that aforementioned wall.

That’s not to say that a Trump presidency will be anywhere near normal. The one thing we know, in fact, is that it won’t be, given his eccentricities and those of his kitchen cabinet: Newt Gingrich, Michael Flynn, etc.

But it’s more than that. We don’t know how loyal Paul Ryan, an immigration proponent and fiscal wonk, will be to him. We don’t know what will happen to the various conservative think tanks that have spent decades churning out policy papers Trump is unlikely to agree with. The GOP could still easily break apart.

We have no idea if he can actually fashion together some kind of governing coalition, or if his sky-high negatives will lead many in his party to keep him at arm’s length. We don’t know if he’ll spend much of time trying to settle old scores.

We don’t know if he’ll be able to recruit top-level advisors and experts to fill out his administration, or if he even wants to. The technocrats who usually have such sway in any administration might be pushed aside entirely for a gallery of amateurs and loyalists – such as the ones who just pushed his ramshackle barely-campaign across the finish line.

We don’t know if he’ll stumble into a Constitutional crisis within hours of taking the oath of office.

That’s all an invitation to a great degree of risk and uncertainty. Part of why it might be smart for Trump to let Pence manage things behind the scenes then, is that if it’s understood that the vice president calls a lot of the shots, and that that vice president is trusted by the GOP, it promises some degree of predictability and continuity.

That will be an asset for President Trump for at least the first few months. Mystery can be alluring, but chaos makes people nervous, and less likely to go along with whatever big ideas he’ll have. It also makes markets nervous, and the last thing President Trump would need is some sort of stock crash or mass exodus of capital.

It’s a tricky business, predicting what Trump will do and why he’ll do it. But Pence taking on a tremendously powerful role in the new administration just might be unavoidable.