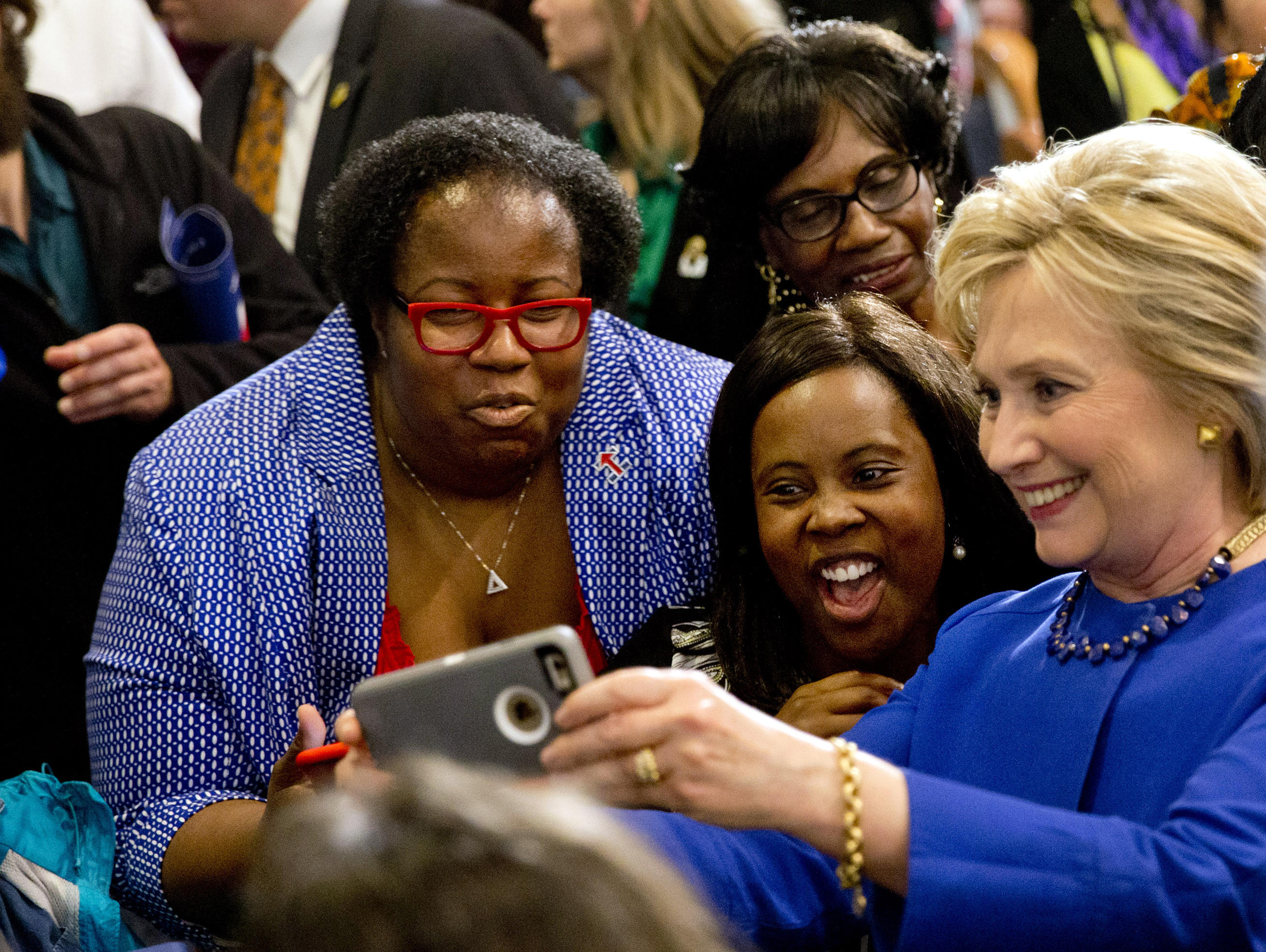 NORTH TAMPA, FLORIDA -- “Anyone here want to vote for Trump?” Renado Demoulin asks on a Saturday afternoon in his barber shop, Whoo’s Nexxt, in North Tampa. There is silence: buzzers pause, eyebrows raise.

Only one person, a fellow barber, feels the need to vocalize his response. “Nah, are you for real?” he proclaims. None of the 16 eligible black voters in the room plan on voting for Trump in November.

But despite their dislike of Trump, there is not a lot of love for Clinton. If real enthusiasm for her existed here, Demoulin says, it would pulsate inside the barber shop. It isn’t.

Big turnout among African American voters is at the top of the Clinton campaign’s Florida wish-list. Popular black-oriented magazines glisten with a photo of Clinton grasping Obama’s hand. The African American Mothers of the Movement campaigned in the state over the weekend. Bill Clinton will campaign in some heavily black populated counties in north Florida later this week, creole language ads are targeting Haitian voters, and an ad voiced by Michelle Obama is on the radio in black communities across the state.

On Monday, there will even be debate watch parties in barber shops.

“The black vote is the most cohesive vote in the whole state, and has been. The margin of victory that black voters have given Democrats in the last three election cycles have been huge compared to margins of victory within the Latino community or the white community,” explains Susan McManus, a University of South Florida political scientist.

According to her analysis of data from the Florida division of elections, 81 percent of Florida’s black voters are Democrats.

But how many of these voters will Clinton turn out? The result will have profound effects on the results in the Sunshine State.

In both 2008 and 2012, Obama won the black vote in Florida by more than 95 percent. Since then, there has not been a dramatic change in the number black voters. As of this summer, the percentage of registered black voters in Florida slipped to 13.3 percent from 13.6 percent, in 2013 yet 1.25 million more black voters were registered in the 2016 primary than during the 2012 primary.

He argues that in 2012 there was the fear, primarily pushed by Republicans, that the black and Latino vote would not hit 2008 numbers. It did.

“When you see people in need you help them,” says Demoulin, a 41-year-old Sanders-turned-Clinton supporter who is hosting a debate watch party with the Clinton campaign on Monday night. But at this point a major stumbling block is that Clinton is, simply put, not Obama -- and he worries that his watch party might do little to change that.

“We don’t have a black-on-black race. It is a caucasian lady and something else that are our options now. So it is not like you are voting for your guy to get in,” says Demoulin, who recalls Obama drawing black voters -- young and old -- to the polls in 2008 and 2012. He says that voting is a requirement in his house, where three of his five kids are eligible to vote.

The African American vote is especially crucial in Demoulin’s county, Hillsborough, which went Republican in 2000 and 2004 only to become a Democratic county in the last two elections, thanks in large part to an energized black vote that doubled in size in 2008.

Many black millennials who supported Obama do not feel a connection to the 68-year-old female white nominee. McManus, the USF professor, says she’s seen the “tepidness” of that support on display in her classrooms.

“I researched Obama and I had a lot of exchanges with people. I was educating people about why they should vote for him,” explains Adrial Allen, a 22-year-old recent USF graduate who works at the barber shop, of his conversations about the race in 2012. He calls those conversations “healthy debates.”

Now, Allen no longer cares enough to engage his friends in political discussions.

“I don’t really talk to my friends about it now. I don’t want to lose my friends,” explains Allen, who will vote for a third-party candidate in November.

Is it possible that he could decide to go with Clinton? “I don’t really pay attention to people trying to convince me,” he says firmly.

Clinton has done eight campaign events in Florida since July, and just two of them have been on college campuses. Furthermore, Clinton has not done a single event on the campuses of the four Historically Black Colleges and Universities (HBCUs) in the state.

Joyce Cusack, the first African American representative Volusia County, is a Clinton backer, but says she is frustrated.

“Obama was at Bethune twice. Somebody needs to come here. They can’t take black voters for granted,” says Cusack.

Bethune-Cookman University is a HBCU whose quads are familiar to Cusack -- during her 8 elections she spent much of her time playing music and talking to folks there. From her perspective, visiting colleges and courting millennial black voters will determine Clinton’s fate in Volusia County and across the state.

That is not to say that there is no pro-Clinton sentiment on college campuses.

Asha Greene, 22, is working with the Hillary for Millennials group on the Florida State University Campus. She is helping them out with their social media push, and says she is “not at all” worried about Clinton accruing enough young black votes.

To cast a wider net, the campaign is also courting black local elected officials like State Senator Chris Smith of Broward County. He gave them a list of folks they could contact to volunteer. Obama won more than 65 percent of the vote in Broward County in 2008 and 2012, a heavily black county in the southern part of the state. Smith says that Clinton needs those numbers in order to pull off a victory in the state.

Still, the lack of enthusiasm is a recurrent theme even among older black Clinton supporters, who are treating important organizing efforts like door-knocking as a “perfunctory” exercise, explains Smith.

“It is that excitement factor and that is the biggest obstacle.”