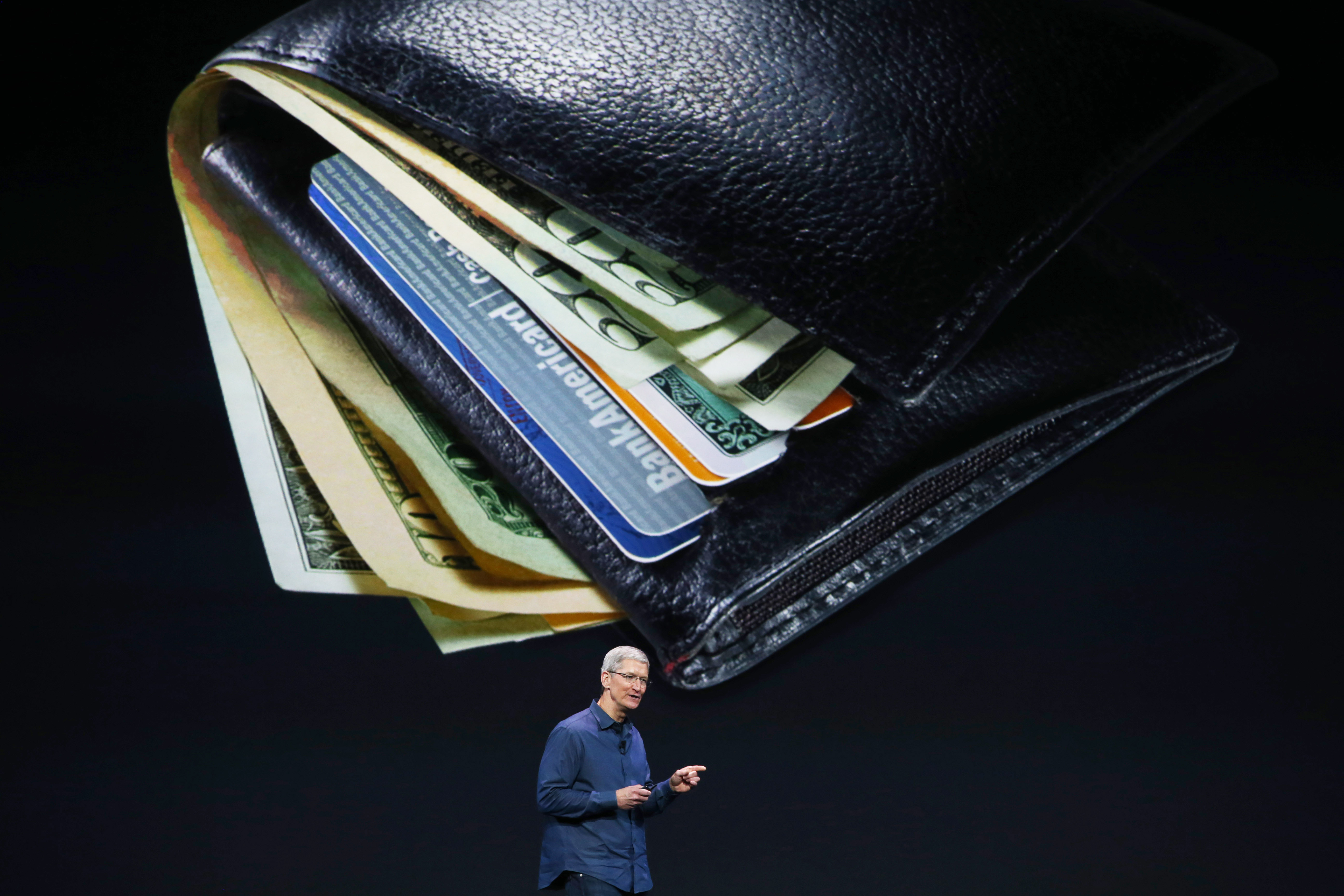 The way people pay for things at restaurants and stores hasn't changed in a long time. If we aren't using cash, we pull out credit and debit cards, and sometimes our IDs, and wait to sign a receipt.

It shouldn't be this complicated, not in this age of instant payments and sophisticated mobile technology. And though one company after another has tried to improve the process -- including a well-funded effort by Google (GOOG) -- payment largely remains the same.

Apple (AAPL) has waited and watched these efforts fizzle. Now, it's jumping into the payment pool with a huge splash. But can the company turn the way we pay on its head?

Enter Apple Pay, which uses a technology called near-field communication, or NFC, to let two nearby devices talk to each other. Google has used NFC for years now in its Google Wallet service, but Apple hasn't adopted it until now.

Starting next month, iPhone users can pay by holding their devices next to specialized readers and touching the ID fingerprint system on the phone. Apple's new smartwatch will also have the capability when it comes out next year, allowing users to pay just by hovering their watches near merchant readers.

For now, though, many people don't like using NFC for payments. They don't trust the technology, and they don't think their financial information is secure. Even a poll earlier this year on the Droid Life site, home to some of the most diehard mobile enthusiasts, showed that 62 percent of respondents didn't use NFC at all on their phones compared, with 34 percent who did use the technology.

That presents a major challenge for Apple. Not only must it persuade merchants to adopt Apple Pay and purchase and install special readers for iPhones, but it also needs to convince users that the technology is safe and better than anything else out there.

But, hey, this is Apple. When the company turns its marketing headlights on something, it can work wonders.

"Apple rarely invents new markets, despite its reputation," said Ian Fogg, a senior director with IHS. "But when Apple launches a new product category, it attempts to redefine the market."

The research firm estimates that worldwide shipments of NFC-enabled phones will rise by 325 percent from 2013 to 2018.

Apple says its Apple Pay system is safer than using a credit or debit card because each payment uses a one-time code and not the user's actual card number. A cashier at a store doesn't see the user's name, credit card number or the security code.

The credit card information is stored on a secure chip in the phone. If a person's iPhone is lost or stolen, he or she can delete the financial data on the device using Apple's Find my iPhone service.

Chains that have already signed up for Apple Pay include Macy's (M), Walgreen (WAG), Staples (SPLS), McDonald's (MCD), Subway and Whole Foods Market (WFM). For now, Walmart (WMT) is taking a pass, The Associated Press reports. Target (TGT) is only using the payment system for its mobile app.

So could Apple finally be the catalyst that finally changes the way people shop? Industry experts think Apple at least has a chance to change consumer behavior. "If anyone can do it, Apple can," Silvio Tavares, chief executive of the CardLinx Association trade group, told The Wall Street Journal.

Apple's "brand is basically that 'our technology works,'" CNET writer Donna Tam told CBS News. "They sit around, they wait, they kind of look at all this emerging stuff and they pick out what actually will work well for a consumer . . . when Apple moves into a space, consumers will generally follow."