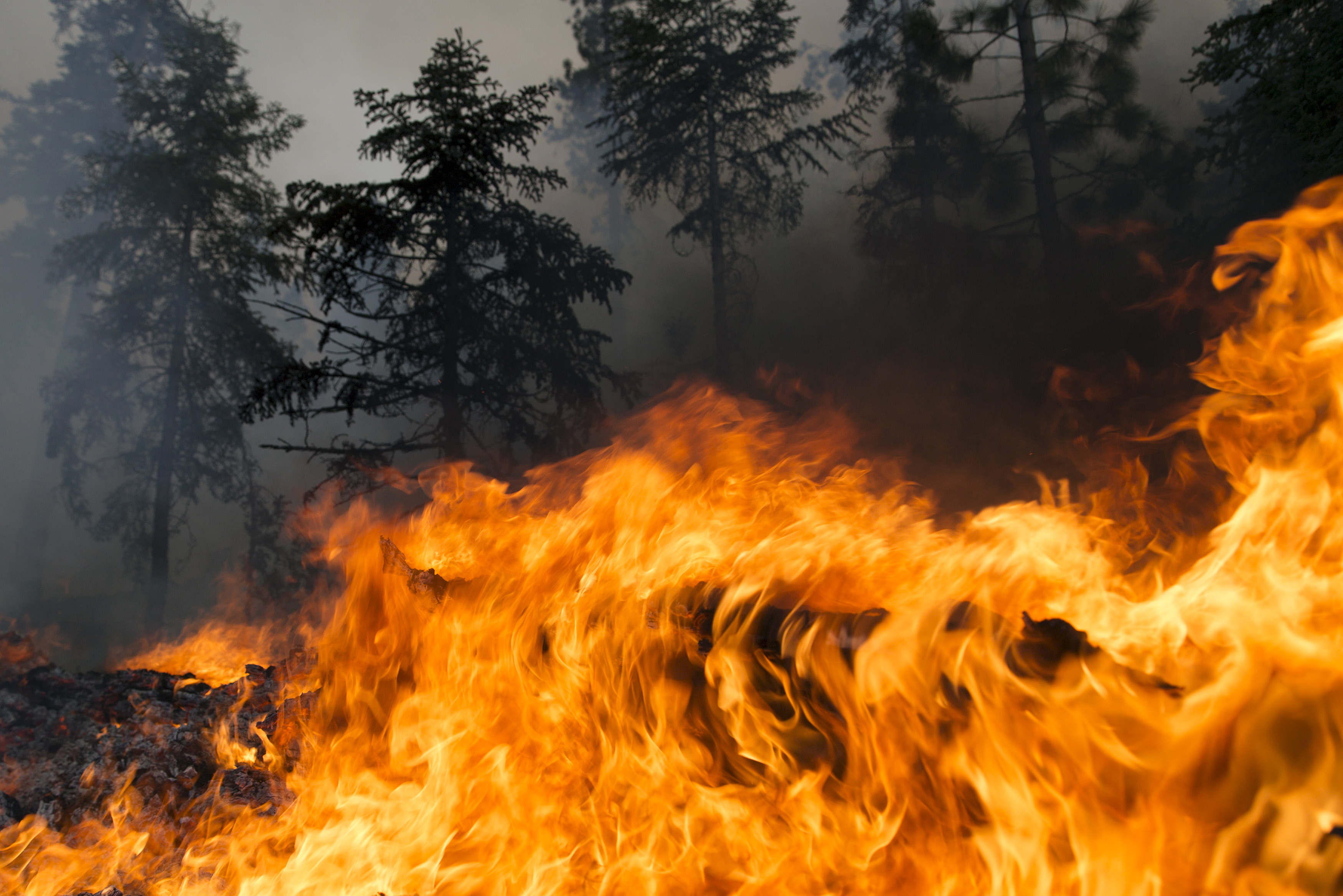 Wildfires are charging through several dry Western states, including a blaze in California that showed new life after burning for a week and forced some communities to flee their homes. With a long hot summer ahead and tinder-dry conditions up and down the state, they could find themselves stretched to the limit, reports CBS News correspondent John Blackstone.

A look at the latest hotspots and what crews are doing to control them:

A huge forest fire that has been burning through rugged terrain in the San Bernardino Mountains for more than a week forced evacuations as it stretched northeast into the desert.

The blaze about 90 miles east of Los Angeles showed new life as winds shifted. The tiny Mojave communities of Burns Canyon and Rimrock were ordered to leave their homes Thursday. Evacuations were voluntary in nearby Pioneertown.

Crews relied on retardant-dropping aircraft to battle the hard-to-reach fire, which began June 17 in mountain wilderness. Officials say they had to temporarily ground air tankers for safety reasons after a hobbyist's drone flew over the fire, but flights resumed Thursday.

It has charred more than 36 square miles of old-growth timber and brush and was partially contained.

Meanwhile, a wildfire north of Los Angeles that drove about 1,000 people from their homes and briefly shut down part of a major freeway was reduced to mostly embers.

People could return about nine hours after the blaze broke out Wednesday in Santa Clarita. At its height, some 500 homes had to be evacuated as flames moved close. Damage was limited to one garage.

With temperatures in the 80s and bone-dry vegetation, firefighters on the ground were helped by water-dropping helicopters and retardant-dropping fixed wing aircraft. Fire officials say this fire season is months ahead of schedule.

"Our fuel moisture is running about where we would typically see it in August. So right now we've got pretty volatile conditions, and as we start getting into drier weather, we're gonna see a lot more fire activity," Los Angeles County Fire Department public information officer Tony Imbrenda said.

A wildfire has grown to more than 26 square miles in inaccessible terrain south of Lake Tahoe and has led to some voluntary evacuations Thursday, officials said.

No buildings have been damaged, but the small mountain town of Markleeville is under a voluntary evacuation warning, according to the Bureau of Land Management. Several campgrounds were evacuated earlier in the week, and two highways have been closed.

About 900 firefighters are battling the blaze ignited by lightning Friday about 20 miles west of the Nevada border. The fire is partially contained.

Meanwhile, crews have contained a 533-acre fire about 50 miles east of San Francisco near Antioch that had led some 30 homes to be evacuated Wednesday night, news station KNTV reported. No structures were damaged.

Growing wildfires have led to more evacuations in Alaska's parched interior, with an international mushing champion removing his dogs from one of two communities where residents voluntarily fled their homes.

More than 250 fires are burning in Alaska, including one near the remote community of Eureka that forced Yukon Quest International Sled Dog Race champion Brent Sass to take his dogs to Fairbanks, news station KTUU reported.

In the Athabascan village of Tanana, a tribal nonprofit flew 62 people 130 miles to Fairbanks, focusing on elders, children and people with health conditions. It also flew six people from the village of Hughes on Tuesday as a precaution - a fire is about 10 miles away.

An area just north of Fairbanks also faced an evacuation advisory. Fairbanks, the interior's largest city, has been smoky because of fires in the region even though it hasn't been directly touched by flames.

There were 40 new fires reported Tuesday, bringing the total of active fires to 278. Altogether, fires have burned nearly 636 square miles.

A wildfire scorching a remote part of southwestern Oregon has grown to more than 8 square miles, but hundreds of firefighters have worked to get it more than halfway contained.

The lightning-sparked blaze started June 11 and is burning in the Rogue-River Siskiyou National Forest.