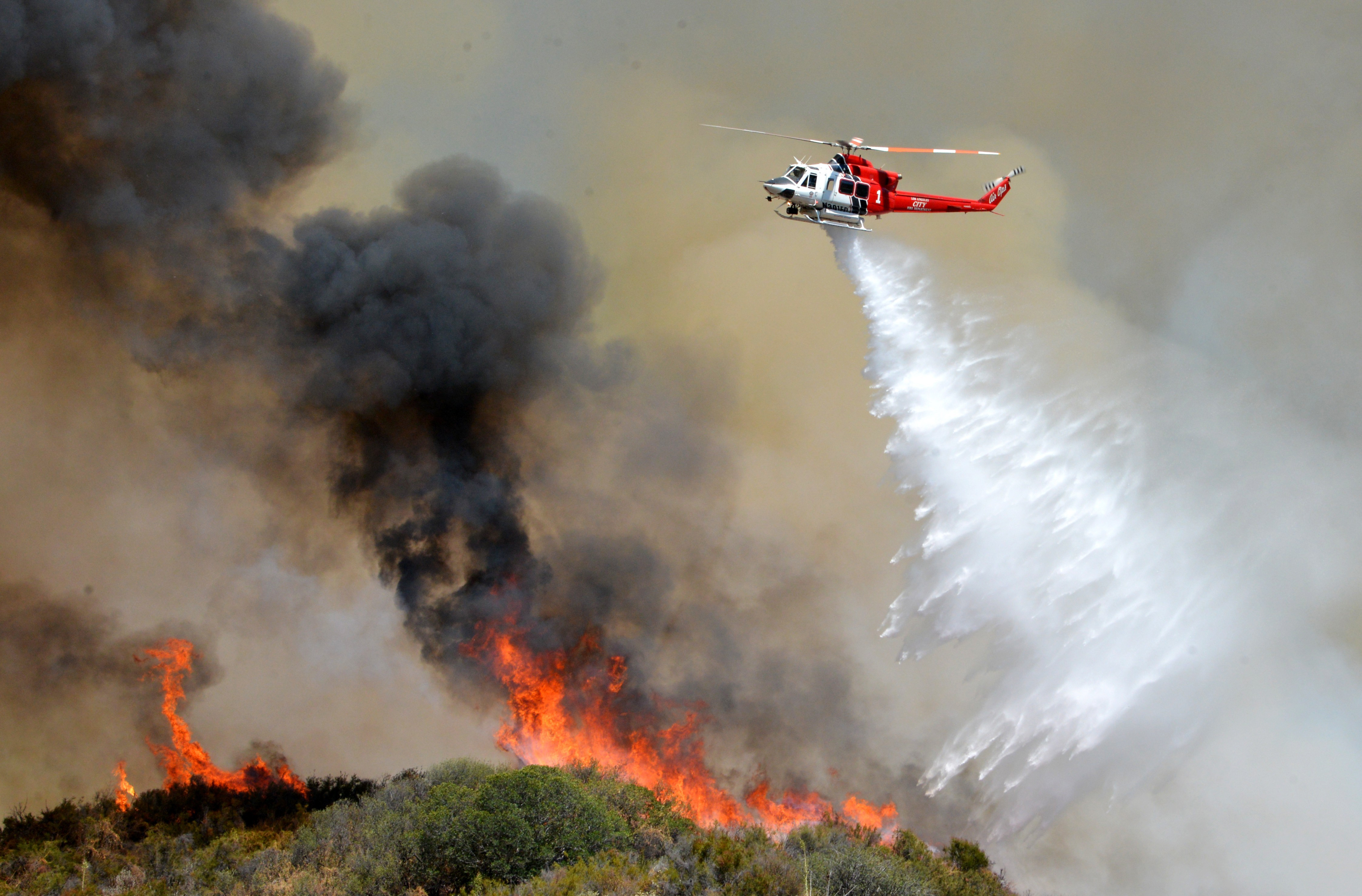 Firefighters in drought-stricken California are battling fierce wildfires earlier than usual. With a long hot summer ahead and tinder-dry conditions up and down the state, they could find themselves stretched to the limit, reports CBS News correspondent John Blackstone.

In Southern California, a fire in Santa Clarita broke out alongside a busy freeway just after 1 p.m. Wednesday and quickly spread dangerously close to homes. Another in the northern part of the state tore through more than 500 acres. That's in addition to fires still burning near Lake Tahoe and in the San Bernardino area.

The Santa Clarita fire has burned 350 acres and about 1,000 people were forced to evacuate.

"I saw a fire in my neighbor's backyard. That's when I said, 'Okay, it's time to go,'" one resident said. "The next think you know, they're banging on my door, get out, get out!"

With temperatures in the 80s and bone-dry vegetation, firefighters on the ground were helped by water-dropping helicopters and retardant-dropping fixed wing aircraft. Fire officials say this fire season is months ahead of schedule.

"Our fuel moisture is running about where we would typically see it in August. So right now we've got pretty volatile conditions, and as we start getting into drier weather, we're gonna see a lot more fire activity," Los Angeles County Fire Department public information officer Tony Imbrenda said.

A similar scene was playing out in Northern California. More than 500 acres burned and 100 homes were evacuated in the Antioch area.

Wednesday's battles came after thousands of acres burned near Lake Tahoe and as flare-ups continued and new evacuations were ordered in the Lake Fire in San Bernardino.

Evacuations were lifted in Newhall, California, Wednesday night, and only one garage was slightly burned. But temperatures will soon rise and any winds could fan remaining hot spots into yet another wildfire.