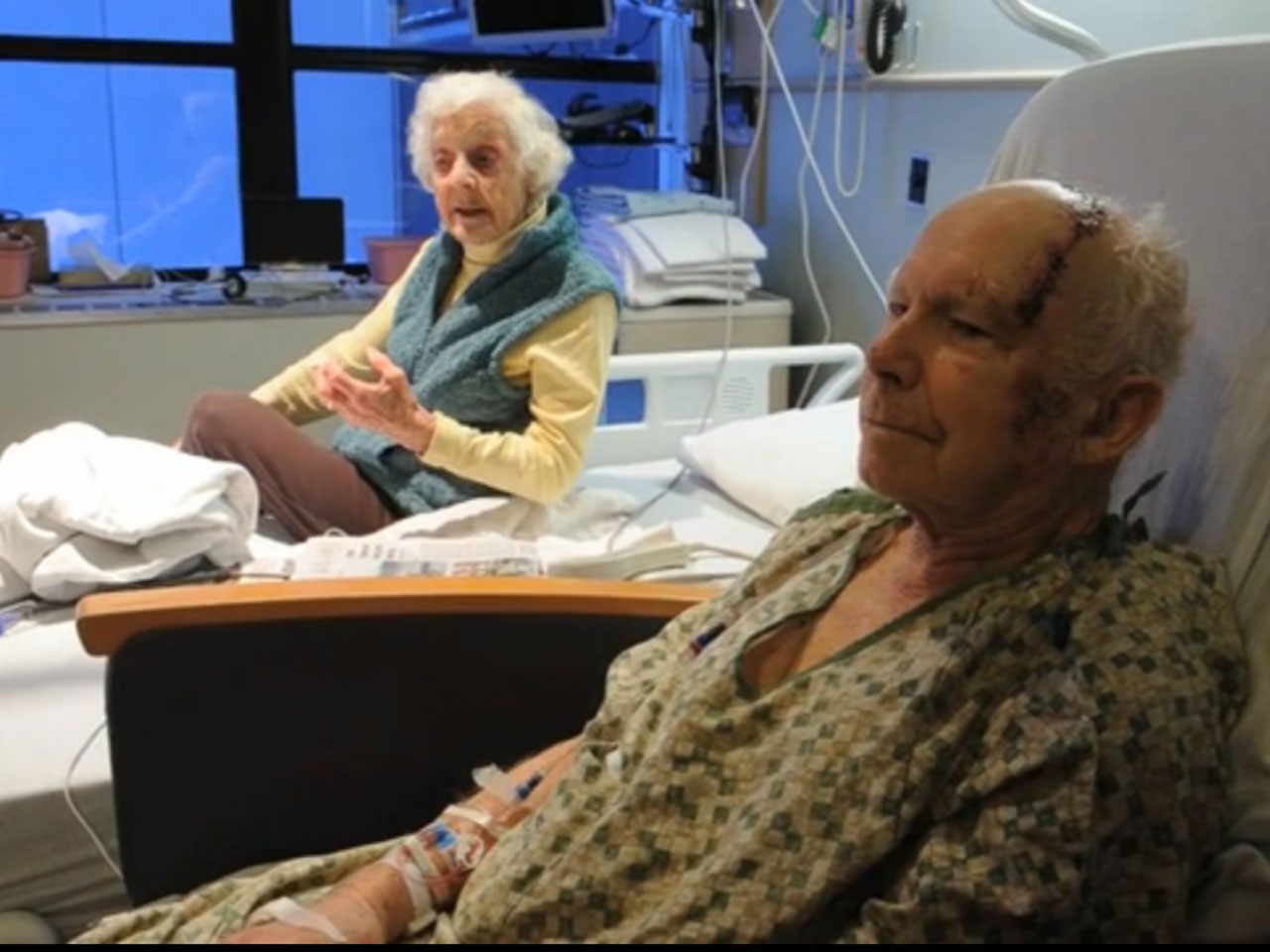 ANCHORAGE, Alaska - An 85-year-old Alaska woman used a grain shovel to fend off an agitated moose that was stomping her husband.

The Anchorage Daily News, says the 82-year-old pilot, who flew for three decades for the Iditarod Trail Sled Dog Race, was hiking with his golden retrievers near the Willow airport on Friday. He saw the moose and dove in the snow, but the moose started stomping him.

His wife, Dorothea, who is 5 feet tall and weighs 97 pounds, grabbed a big shovel from the back of their pickup truck and hit the moose in the body and head.

"When it turned and started to go off slowly, I hit it with everything I had," the 85-year-old told the Anchorage Daily News.

She ran for help, and Murphy was rushed by medical helicopter to an Anchorage hospital, where he was in good condition Monday with a gash to his head.