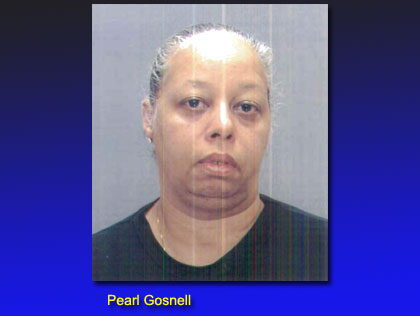 (CBS/AP) PHILADELPHIA - Pearl Gosnell, the wife of a Philadelphia doctor who is accused helping him perform illegal late-term abortions, is expected to be released into house arrest.

Fifty-year-old Pearl Gosnell is accused of conspiracy and helping her husband, Dr. Kermit Gosnell, perform illegal late-term abortions at her husband's clinic, described by prosecutors as a "house of horrors."

She had been held on $1 million bail, but a judge on Monday ordered her release to house arrest on $50,000 bail. Gosnell's new attorney, Michael Medway, says that should happen sometime in the next two weeks.

Meanwhile, Dr. Kermit Gosnell is being held without bail. He is charged with eight counts of murder in the death of a patient and the deaths of seven late-term babies who prosecutors say were born alive.

Complete coverage of the Dr. Kermit Gosnell case on Crimesider