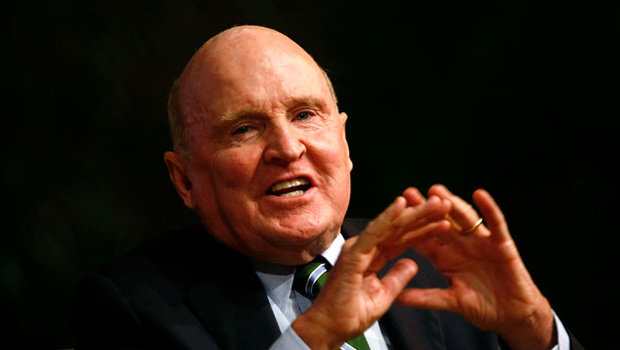 (MoneyWatch) Last Friday, former General Electric (GE) CEO Jack Welch wrotea pretty incendiary tweet expressing his disbelief in the unemployment figure that had just been released by the Bureau of Labor Statistics. Honestly, I was pretty skeptical of the number, myself.

Now, the firestorm of debate over both the unemployment figure and Welch's comment is certainly understandable, with such a close and contentious presidential election just a few weeks away. So all the water-cooler chatter is to be expected.

But on this day or any other day, debates over who should have gotten booted off "Dancing With the Stars," whether Lance Armstrong really doped up or not, or how Raul Ibanez pinch hit for $30 million a year A-Rod and won the big game for the New York Yankees are another matter entirely.

Don't get me wrong. I'm not a water-cooler Nazi. I don't have a problem with people having personal conversations at work. I used to do it all that time. But come on, folks. You're not going to sit here and tell me that the 1,898 comments on Jack Welch's "I was right" piece on The Wall Street Journal's website yesterday afternoon were all written by out of work people, are you?

Just multiply that by about a million and you'll probably come up with a reasonable approximation of how many people who should be working or doing something productive with their lives are instead wasting their precious time shooting opinion salvos over the Internet or the cubicle walls.

I know I'm writing commentary here. No, the irony is not lost on me. All I know is that 30 years ago, all the opinion chatter was truly relegated to the water cooler, somebody's office (there were no cubicles yet) or the occasional phone call (wired, not wireless -- no cell phones either).

So what do you think the billion or so people who are online reading, tweeting, posting, commenting, linking, emailing and texting these days would have been doing 30 years ago? Working. Or maybe they'd be out having a nice, relaxing lunch break. Or dreaming about their future or thinking up a new idea or feeling emotions or who knows what?

And why is that better than all that online stuff? Because all that online stuff isn't real communication. It's you talking at lots of people, most of whom aren't even listening. And if they are, that's just as bad. It's all just distraction or addiction that keeps you from doing things that matter. Things like working, thinking, feeling or making a real connection with a human being.

Just in case that was a little too rant-like, even for a Friday, let me say this a bit more succinctly. Yes, you get to live your life any way you please. I'm in no position to judge, that's for sure.