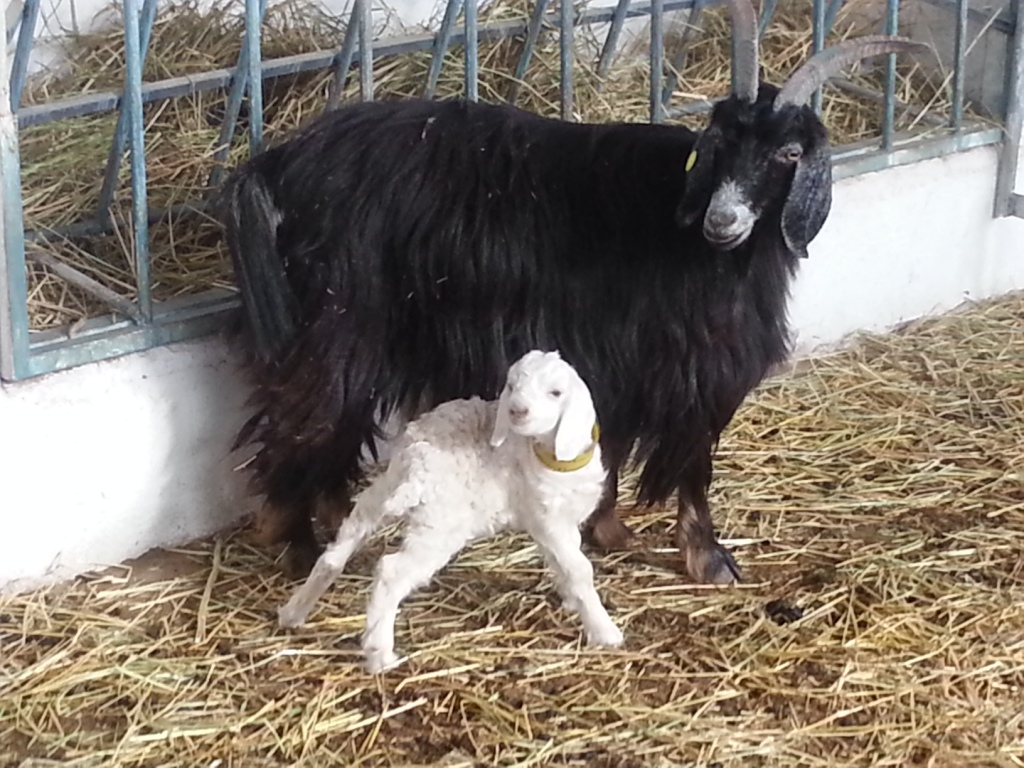 The Pentagon would seem like the last place to go for fashion advice. But for the last two years, a task force at the U.S. Department of Defense has been deeply involved in introducing Afghan cashmere to the international fashion market.

It's an ambitious initiative, one that involves design house Kate Spade, a farm in Italy, a laboratory in Colorado, years of genetics research and goats. Lots and lots of goats.

Come December, when the Pentagon pulls out of the program and hands it over to Afghan control, everyone will see if the efforts have worked. Can humble goatherders from the volatile, war-ravaged region one day influence the runways of Paris and Milan?

The story starts with a Defense Department unit called the Task Force for Business & Stability Operations. This team focuses on economic development in countries that include Iraq and Afghanistan. Often, that means trying to interest large American companies in the region, with hopes of creating jobs and businesses that can weather the economic and geopolitical turbulence.

The task force goes big -- seeking commitments from the likes of Boeing (BA), Honeywell (HON) and General Electric (GE) -- but it looks for ways to improve small businesses as well. And the team saw potential in the hundreds of thousands of goat herders in Afghanistan.

There are 7 million goats in Afghanistan, and some 95 percent of them produce cashmere. But less than a third of that cashmere was actually being harvested. One reason is that the resources weren't there. For years, just one person in the entire country specialized in washing the fibers and picking through them to remove debris.

But a bigger reason is that the local cashmere wasn't good enough for finicky markets overseas. About 80 percent was brown, and the cashmere industry wants white and lighter colors that can be dyed. Some of the fibers were also too short to work with.

The Pentagon realized that not only did it have to connect Afghan herders to the international cashmere market, but it also had to tweak the goat population to make the cashmere more attractive. The agency awarded a $1.5 million grant to professors at Colorado State University in 2012 to make that happen.

Researchers started by importing a batch of bucks from Chianti, Italy -- beautiful, sturdy animals with long, flowing, light-colored hair. The Italian goats got to work, and this spring some 90 kids were born. About 70 percent have lighter hair. Other herders began to take notice.

"You already see our efforts being replicated throughout Afghanistan, which is exactly what we wanted," Ben Kolendar, an official with the Pentagon's task force, told CBS MoneyWatch. Now, a Belgian company has come in to wash the fibers, and a British company is working on removing the debris and unwanted hairs.

It's too early to know if the goat breeding will be a success. The goats are still young. It takes nearly a decade to develop a breeding line, said Ajay Jha, a professor at Colorado State University and a director on the cashmere project.

China and Mongolia have a near monopoly on the cashmere market, controlling about 90 percent. Afghanistan is the third-largest producer in the world, but has a tiny fraction of the industry.

Fashion houses are taking notice, however. Kate Spade New York got involved early on, using Afghan cashmere to make fingerless gloves and matching scarves. A manufacturer in India is using some of the cashmere to make scarves and other garments.

There is still much work to be done in Afghanistan. The country still doesn't have facilities for spinning, weaving and knitting cashmere on a large scale, Jha said. The country is still unstable, business is unpredictable and many people don't feel safe, he added.

In December, the Pentagon's task force will pull out and hand the project over to the private sector. At that point it will be up to a local trade group, the Afghan Cashmere Manufacturers Association. But Jha said everything is in place for a smooth transition, and the locals are enthusiastic and optimistic about taking it forward.

"Seeing is believing," he told CBS MoneyWatch. "When you show people that certain things can be done in certain ways, then they follow."