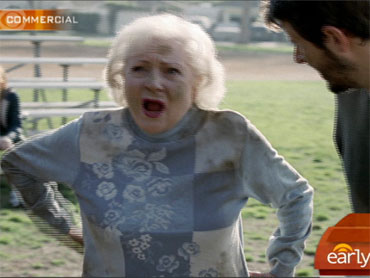 The annual waste of marketing budgets is on. Fox's ad space for the Super Bowl is sold out. With rare exceptions, Super Bowl ads are a bad investment. Here's why:

1) The Super Bowl is too noisy

Marketing is about getting people's attention and compelling them to buy. With so many big brands, doing so much gonzo-marketing, the chances of standing out are small. Most Super Bowl watchers can't tell you which teams played last year - never mind what ads were shown.

2) Advertisers are in an arms race to be funny

The Super Bowl has become like a Sundance Film Festival for ad agencies and marketing chief's to show off. They want to showcase how "creative" they are and hopefully win awards for their work. As fun as these ads are to watch, they rarely increase sales. Did the talking lizards sell Coors or Bud? Most people don't know.

3) Celebrities, not brands, stand out

This year ads will feature: Eminem, Ozzy Osbourne, Justin Bieber, Kim Kardashian, Danica Patrick, Jillian Michaels, and Will.i.am, to name a few. The stars generate headlines like, "Eminem To Appear In Super Bowl Ad." This is great publicity for the celebrities, not so much for brands.

Last year's most remembered ad starred Betty White. Can you recall the product she was marketing? If viewers remember anything, it's the celebrity, not the product. Try this test. One week after the Super Bowl, ask your friends which product the celebrities were selling. I bet you most of won't be able to connect the celebs to the products.

A TV ad is not a marketing campaign. Most marketers dream of being the guy who pulls off an Apple "1984" ad (the famous Super Bowl ad where Apple attacks IBM). The days of the one-and-done TV ad are over. To win today successful brands must do integrated campaigns that include social media, direct marketing, search engine optimization, public relations, and event marketing. A great example of this is Old Spice. The approach they took last year was to use a Super Bowl ad to turbo-charge their social media marketing. The combination of their ads and clever PR increased exposure for their on-line marketing efforts. Most companies, if they even attempt an integrated campaign, put the Super Bowl ad at the center of their efforts. Wrong. Smart Super Bowl marketers will steal Old Spice's strategy.

What Super Bowl advertising really shows is that some CEOs and CMOs are confused about marketing's real job. Drive growth in revenue and company value (market capitalization). Smart marketers pick times, places, and platforms that allow their brands to stand out. And that rarely happens at the Super Bowl.