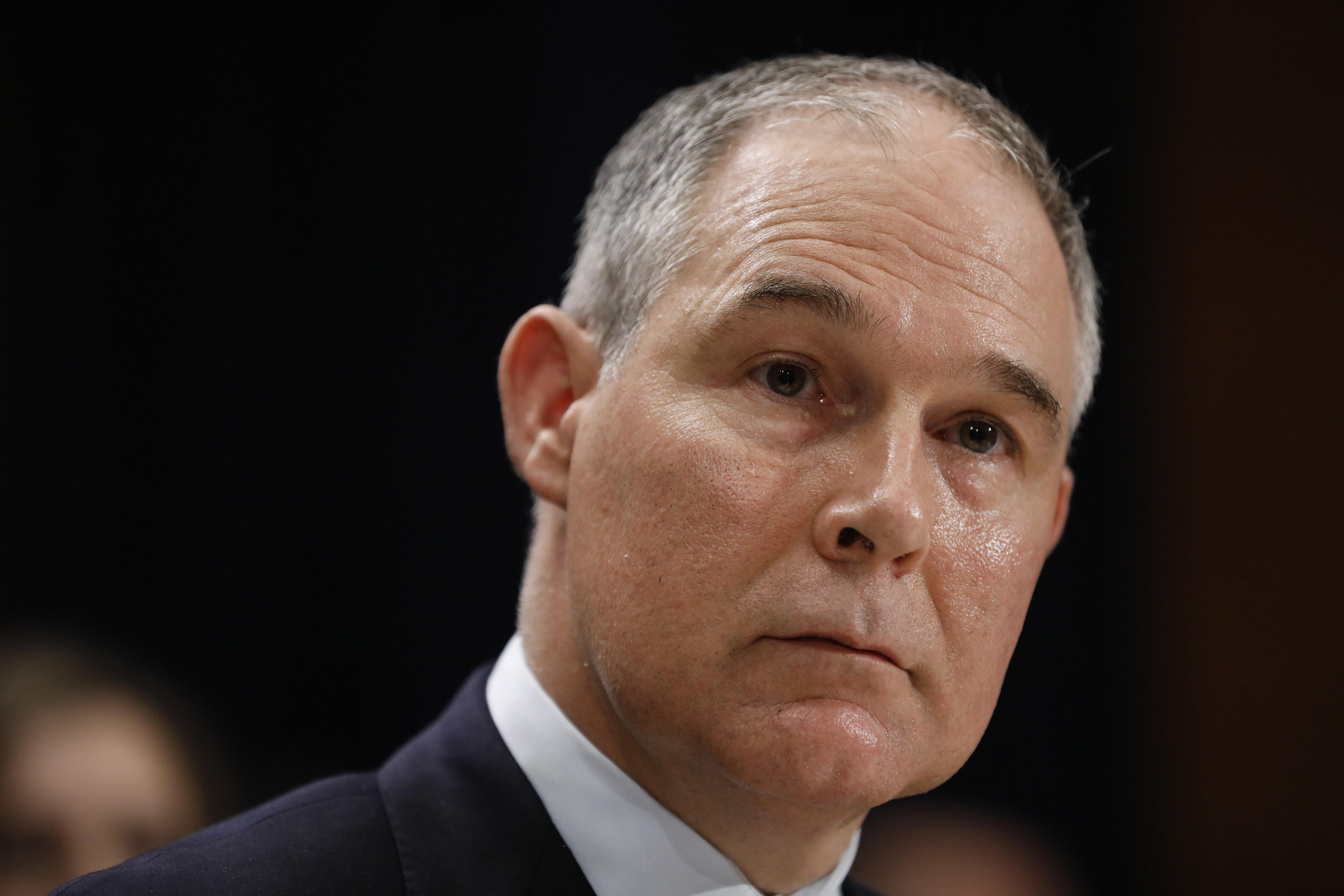 EPA Administrator Scott Pruitt has managed to keep his job – at least for now -- which may be a little surprising, given the high rate of turnover in the administration, particularly among those who are perceived to have broken Trump rules -- spoken or unspoken.

"He should be called Rocky Balboa," an administration source joked last week of Pruitt's staying power, referring to protagonist of the "Rocky" series, portrayed by Sylvester Stallone.

There are at least 10 formal open investigations related to Pruitt, ranging from his first class travel habits to his round-the-clock security detail to excessive spending, but in President Donald Trump's world, Pruitt is viewed as a fighter, according to Republican allies. And that counts for something.

"Trump means what he says about people looking strong as opposed to weak," a Republican consultant told CBS News. "Pruitt hasn't backed down in the face of some searing criticism — even from people in his own party. He hasn't backed down and Trump probably likes that."

Yet another swampy story related to Pruitt broke Tuesday, a Washington Post report that his lobbyist friend, Richard Smotkin, helped plan Pruitt's controversial $100,000 visit to Morocco, and was a "near-constant presence" on the trip. Smotkin secured a lobbying contract with the Moroccan government soon after the trip. An EPA spokesperson told CBS News that Pruitt was unaware that Smotkin was considering representing Morocco as a foreign agent.

White House sources, however, have shared the various schools of thought on Pruitt's standing: some think Pruitt should remain in his position, while others believe he should be fired. There are also those who believe he should be fired down the line, but now is not the right time. What does remain undisputed internally at the White House, however, is the idea that Pruitt is effective in his role.

"There's no diversity of views on whether or not he's done a good job as EPA administrator," a White House official said.

"There's only one person who likes Pruitt and he happens to be the only person who can actually decide his fate," another White House source told CBS News.

"Pruitt is probably the administration's most successful Cabinet secretary to date," the source conceded. "From an ideological standpoint, he's closest with Trump, his agenda, and the wave that got him elected."

A White House official disputed the characterization of Trump as an unbridled defender of Pruitt though, and said that while the president supports him right now, "that doesn't mean things couldn't change," depending on the outcome of congressional investigations.

Last week, White House Press Secretary Sarah Huckabee Sanders said that the White House was still reviewing "a number of reports" regarding Pruitt's ethical woes. Some at the EPA have privately complained about the White House's tepid defense of the embattled EPA administrator, compared to the aggressive communications strategy that Pruitt himself has been running.

"It's not the White House's job — we do not proactively go out and defend every administration official over all of their issues," a White House official told CBS News.

"He's an official in good standing and we want to support him and help him, but these are issues where he is best equipped to support himself," the official said, adding that Pruitt "acquitted" himself last week during his hearings on Capitol Hill.

Pruitt faced extensive questioning in front of two House committees, during which Democrats derided him as an embarrassment to the Trump administration and called on him to resign, while Republicans defended and lauded the former Oklahoma attorney general.

"This has been a classic display of innuendo and McCarthyism," West Virginia GOP Rep. David McKinley argued during Pruitt's first hearing. "I'm hoping we would be able to stay on policy as much as we could, but I can see some just can't resist the limelight the opportunity to grandstand."

On Tuesday, Pruitt appeared to be cleaning house. Two tops aides to the administrator – both at the center of two different probes – resigned. Pruitt did not give a reason for the resignations, but Pasquale Perrotta, the chief of security at the EPA who played a key role in Pruitt's costly security detail, is still scheduled to be interviewed by House Oversight and Government Reform Committee staff Wednesday. Chairman Trey Gowdy requested the interview in an April 13th letter to Pruitt.

Kelly was an old business associate of Pruitt from Oklahoma who had recently been barred from working in finance because of a banking violation. Last week, Democrats asked the EPA's internal watchdog to conduct an investigation into Kelly's "ethical, regulatory and potential legal issues."