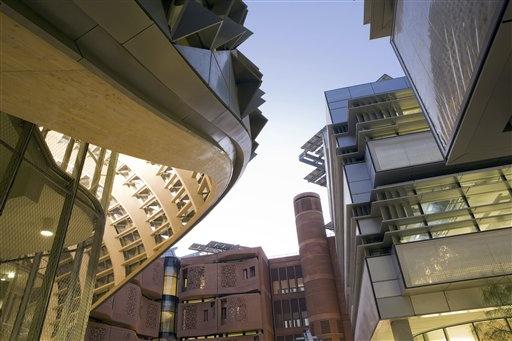 It seems like, every day, there's a story about a child abused by a convicted sex offender, even though there's a federal law that is supposed to keep track of them.

So is there something wrong with Megan's Law?

Megan's Law was written with the best of intentions, but a growing body of evidence suggests it may not be living up to its promises.

The murder of his daughter, 9-year-old Jessica Lunsford, haunts him. Her alleged killer, John Couie, a registered sex offender arrested 24 times, lived right next door to their Florida home.

Lunsford says he believed he lived in a safe neighborhood.

He says, "Maybe a lot of us are just ignorant to it, not knowing that it could happen to any of us."

Six weeks after, Jessica was killed, the body of Sarah Lunde, 13, was found. The cops believe she was choked to death by her mother's old boyfriend, also a registered sex offender, also in Florida.

These two horrifying murders direct the public's attention, once again, to the broken promise of Megan's Law.

Asked if Megan's Law worked in the Lunsford case, Florida Citrus County Sheriff Jeff Dawsey says, "Apparently, this guy went undetected into the community. Nobody knew that he was there."

Megan's Law was named for 7-year-old Megan Kanka, brutally murdered in 1994 by a two-time sex offender who lived directly across the street.

The law requires states to register convicted sex offenders and to notify neighborhoods when offenders move in.

Laura Ahearn says, "The spirit of Megan's Law is, that if a predator moves in next door to you, you will be notified. That's just not the case."

Ahearn runs Parents For Megan's Law, a watchdog group that examines how strictly states adhere to the law.

She notes, "We did a 50-state survey and what I found is that across the country, most states are failing, so I would give Megan's Law an F."

Ironically, Florida, the home of Jessica Lunsford and Sarah Lunde, received an A+ for its tough guidelines, and still offenders easily got around the law.

Ahearn says, "We have two tragedies in Florida that demonstrate that Megan's Law is certainly not enough.

One of the problems is that every state has a different version of Megan's Law. So, say a sex offender is registered in Florida. His address and picture are on the Internet. Then he moves to New York, a state that does risk assessment. If he's deemed low risk, the state doesn't notify anybody.

In Alabama, he can't live near a school; in California, he can live wherever he wants. If he goes to New Hampshire, if he's "responsible," he re-registers, but if he doesn't, it is a misdemeanor, so why bother? Vermont has no Internet registry at all. If he moves in with his cousin in Florida, he disappears.

A total of 22 states don't require active community notification, which means there could be a Web site, but you have to find it. A total of 21 states don't include all offenders on their registries, and all 50 states rely on the offenders to voluntarily register themselves.

Ahearn says, "We are asking on an honor system, the most cunning and devious of all of our criminals to register themeselves with the government so that law enforcement can notify the community of their presence? It's ludicrous."

And registration isn't in the mindset of a criminal looking to find his next victim. Jake Goldenflame is a convicted sex offender and knows how overwhelming the desire to re-offend can be.

Goldenflame explains, "We medicate our depression with sex, with forbidden sex, because the moment that I decide that I'm not feeling very good today, why don't I get myself a good-looking teen-age boy? Or a little girl, or whatever you're after? The moment you think of that, you start getting high.

"Now the depression vanishes," he continues. You're in the throes of this thing, and it begins to call you forth, and as you pursue your prey, you become more and more intoxicated. It becomes a very intoxicating experience. And then afterwards, after the sex act is over, it all comes crashing down: 'Oh, my God! What have I done?' The paranoia comes in: 'They'll kill me.' "

So there's no thought of, "This is a child."

Goldenflame, who has received treatment and has not re-offended in 14 years; supports the law.

But that can only work if the community is notified and updated. There are 550,000 convicted sex offenders in the U.S. At least 24 percent are unaccounted for.

Ahearn says, "If I were a sex offender and I wanted to abscond, all you have to do is do it."

That's a truth too stark for Mark Lunsford, who helped to strengthen Megan's Law in Florida, making the sentencing tougher.

He will continue to fight, with the voice of his daughter, Jessica, in his ear.

He says, "She sees me get mad over things, and she tells me to be nice daddy."

What would she say about the work he is doing?