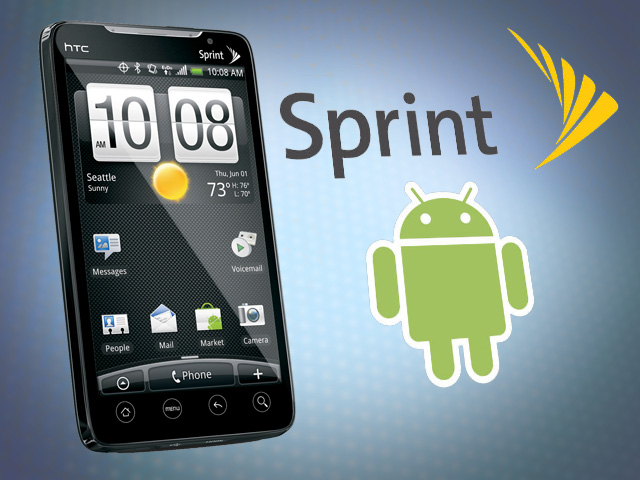 A few days ago I noticed a strange app on my HTC Evo Android smartphone. It's a demo version of a sci-fi shooter game called N.O.V.A. It wasn't preinstalled, I didn't download it, and I can't uninstall it.

I checked to see what it does on my phone and was shocked to see the long list of permissions it has: edit, read, and receive SMS; send SMS messages that cost money; full Internet access; change network connectivity; change Wi-Fi state; prevent phone from sleeping; read phone state and identity; and modify/delete SD (Secure Digital memory) card contents. Granted, some of these permissions certainly have legitimate uses and at least one may be required for newer versions of Android, but this list still concerns me. (The Technically Personal blog explains what the permissions mean.)

Then I noticed there were other apps I didn't download, don't want, and can't remove, such as Blockbuster, Sprint TV, NASCAR Cup Mobile, and Football Live. Feeling helpless at my inability to uninstall, I clicked "Force Stop" but found that to be futile, at least for N.O.V.A. That button, whatever it does, keeps coming undone.

An e-mail or two later with representatives from Sprint and HTC, I learn that N.O.V.A. and Blockbuster were downloaded onto my phone during a firmware update late last year.

"Sprint does offer a variety of partner applications that are optimized for use on our wireless phones," a Sprint representative wrote in an e-mail. "From time to time, we will provide new apps to our customers in conjunction with a software maintenance release. Also, Sprint, in conjunction with Google, is taking steps to develop a technical solution that would allow customers to remove any unwanted applications that have been preloaded or pushed in an over-the-air software update."

The apps that come with the software update do not automatically start up or collect or share personal or other data without a customer opening and interacting with them, according to the Sprint e-mail. "In order to speed up some functions, Android may place applications in a 'listener' state, which allows them to be accessed on short order," the representative wrote. "These applications are not collecting or sharing any data in the 'listener' status."

And from an HTC representative: "HTC works closely with its operator customers to approve software updates that are released periodically for multiple reasons, including bug fixes, software revisions, and revised application demos. Software that is part of a download is saved to the phone's permanent memory, so individual segments or applications cannot be individually removed."

To remove it I would have to "root" the phone, or modify system-level files. But that voids the warranty and isn't easy for just anyone to do.

Other carriers don't appear to be as brazen in foisting apps on customers. A Verizon representative said she wasn't aware of any individual app delivered via an over-the-air firmware update. An AT&T representative said "We do not use firmware updates to add apps" and that AT&T has even reduced the number of preloaded apps on its Android devices. A T-Mobile spokeswoman said she was unable to find out on Wednesday whether the company adds apps during updates.

While N.O.V.A. doesn't take up much space or affect performance, it sets a bad precedent for carriers to indiscriminately download any apps they want, without regard for customer preferences and control. It doesn't access resources or data until I agree to the permissions in activating the app, but I should have the ability to remove it regardless.

And in my irritation I'm not alone. Sprint customers have been complaining about this from the get-go, with some saying they filed complaints with the Federal Communications Commission and even threatened to file a lawsuit.

"It's certainly a 'garbage update' in my book," one customer wrote on Android Central. "These apps will be nonremovable, I'm sure, and add no value for me--the user. If I wanted them, I would install them."

Another wrote: "HTC/Sprint are pretending they own the phone. Or maybe I am."

"Unbeknownst to me, my 5-year-old found N.O.V.A. on my phone and was shooting the guns and weaponry and killing enemies in the N.O.V.A. game," someone wrote on an HTC customer forum. "Thanks a lot HTC and Sprint for forcing violence on my 5-year-old! I am protective of my kids and would never install a game like this on my phone, but now you forced this app onto my phone and I can't uninstall it! I'm very frustrated and VERY ANGRY!"

However, not everyone was complaining.

"I am *psyched* about N.O.V.A. on my phone," one customer wrote. "Seriously. I think I'm gonna go to the bathroom at work now so that I can play it. For reals. UPDATE: Yep. It's awesome, and I'll be buying it."