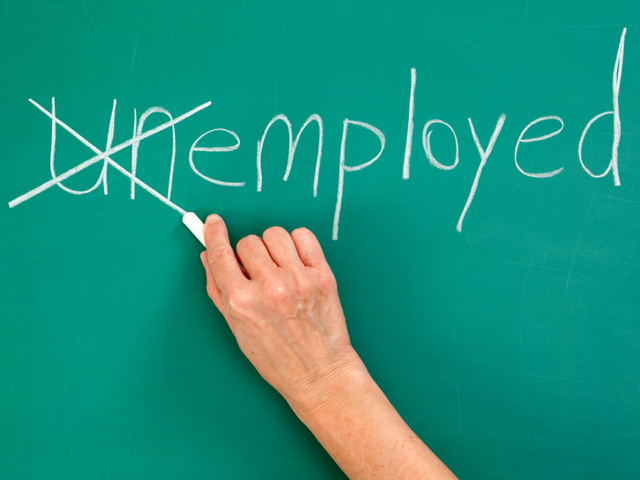 (MoneyWatch) "Oops, I quit my job." Katherine Stevensen's Facebook status casually proclaimed that she had made a potentially life-changing decision. For one thing, she had no new job lined up. I wanted to know why (Note: Katherine's name has been changed at her request.)

She's not a a flighty person prone to rash decision-making. In fact, Katherine has a degree in linguistics and international relations from a state university, graduating in 2009. After graduating she accepted a job teaching English as a second language to adults. However, that job was temporary and nightmarish. Why? Bad management. She says:

I couldn't get any support for things like getting a log in to take attendance on the computer. There were no curriculum guidelines. They wanted me to spend hours every day of my own time recruiting new students.... The vice principal was very temperamental. He would come into the classroom and yell about something obscure on a daily basis.

I wasn't even able to get information on what the students would be tested on.

Still, it was a job in her chosen field and definitely on her list of dream jobs. On the downside, it was a temporary position without benefits. So when a more stable job with benefits came available, she jumped at it, despite the position paying only $10.61 an hour.

Her new job was working in a laboratory -- not typical work for someone who studied linguistics. But it came with benefits, didn't have crazy hours, and was free of the management headaches she had experienced in her teaching job. What it did have was 10-hour days under fluorescent lighting processing samples. She began to develop pain in her wrists, she said:

I have de Quervain's tenosynovitis. It is a repeated motion injury in my wrists. I couldn't get the physical therapy and braces that I need because the Workers' Compensation Program is broken. I was worried about being able to play piano in the future and of sustaining a permanent injury.

I got two work-related injuries, and workers' compensation is such that they only "compensate" -- you have to initially pay out of pocket, and then maybe still get denied regardless of what the doctor said.

Without the lab work offering no guarantee of reimbursement for her injuries, low pay, day after day of pure boredom, Katherine figured she couldn't do worse in a restaurant. In fact, she had previously worked in the food industry, and she enjoys the satisfaction of a job well done.

I asked her if she had to do it over again, would she study something different in college? "Yes," she said. "Something that makes money."

Her dream job is to be a translator, but she isn't sufficiently fluent in her best foreign language, Japanese. She considers using her professional teaching certificate get a job back in the classroom, but is wary because of her last experience.

Apart from her wrists, she's also relatively healthy, so going without insurance is a risk she's willing to take in the short term. And so Katherine is out on the job market, looking for full-time work. In the interim, she has picked up a part-time food delivery job.

Was this a bad decision or a good one? Would you do the same if you were in Katherine's position? Have you quit a job without a backup plan?