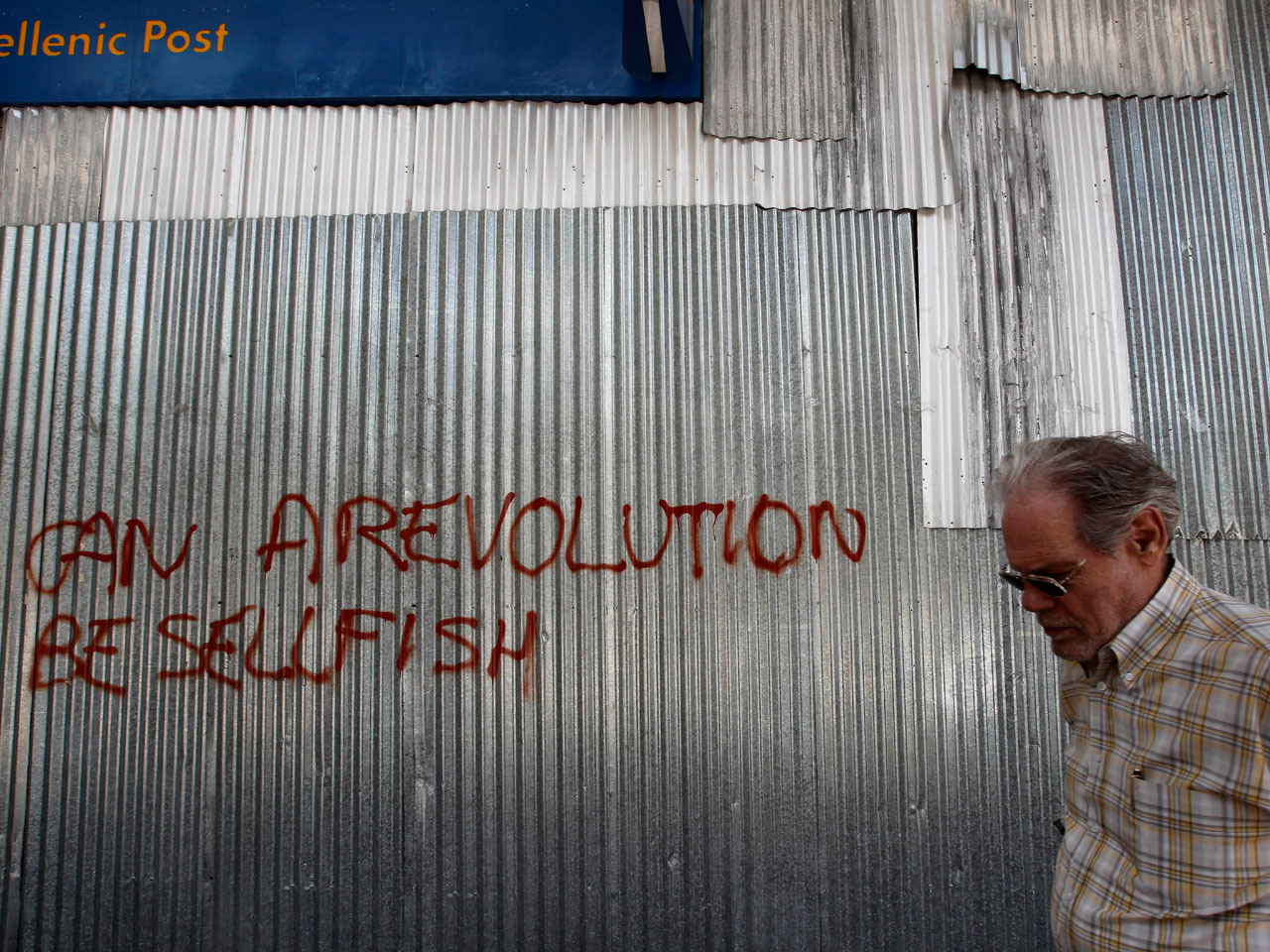 (MoneyWatch) COMMENTARY Here's everything you need to know about what's wrong with Greece's bailout agreement: The government is using $571 million from its latest bailout payment to repay in full a group of foreign bond-holders. This is the government of a nation which is bankrupt, has a 21 percent unemployment rate, saw its economy shrink by 6.2 percent in the first quarter of this year, is coping with shortages of food and medicine and whose electric grid is only running because of government intervention.

The repayment is the first step towards repaying the $7.7 billion owed to holders of bonds issued under foreign law. These bonds were not affected by last month's mammoth debt restructuring, which could only alter bonds issued under Greek law.

The idea of a financial restructuring -- whether for an individual or an organization -- is to get it back on its feet and by doing so allow the creditors to get back a reasonable part of what they are owed. That has never been the case with the EU/IMF bailout plan for Greece. As the IMF itself noted -- even under the best of best case scenarios -- that plan will still leave Greece with a deficit of at least 120 percent of GDP at the end of this decade.

What will happen if Greece leaves the Euro?
What could push Greece to exit the euro?
Nervous EU OKs bailout Greece payment

The bailout plan was never going to help Athens become financially solvent. A study last year by UBS said, "To achieve an actual 50% reduction in the debt, Greece would need to implement a 100% haircut, i.e. repudiate its debt totally." The 75 percent haircut the bond holders actually accepted probably only cut the Greek debt by 30 to 40 percent.

If, as is apparent, the bailout plan is never going repair the Greek economy, what is it supposed to do? It is going to make sure the lenders get as much of their money back as they possibly can. Those lenders, not the Greek economy, are the primary concern of the EU and IMF.

This is why whatever Greek government gets elected next month will repudiate the debt. It is in their own best interests to do so.