With the same fervor that causes pundits to prematurely declare the death of the dollar, so too are worries about future inflation bubbling up. You hear people saying, "of course inflation is coming, just look at the soaring price of gold as an indication!" Sorry to disappoint, but but as a former gold trader, I can tell you that it's been a long time since gold prices traded as an inflation hedge. Rather gold has traded alternatively as a fear asset or a risk asset. 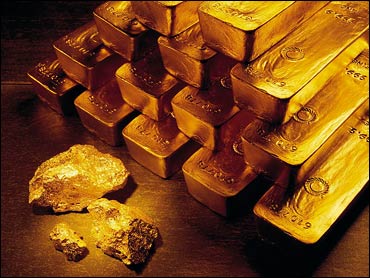 (AP)
When investors think the financial world is coming to an end, they sometimes turn to gold. This is in line with my dearly departed step-grandmother, who said that it was the gold that her mother sewed in the lining of her cloth coat that allowed her to escape the Nazis when they marched into her Hungarian village. Alternatively, when you see stocks, bonds and gold all rising concurrently as the dollar is dropping, that's a pretty good indication that ol' fashioned greed is back on the scene, courtesy of the world's central banks.

There's no inflation right now and in the face of the worst financial crisis since the Great Depression, the Fed is more worried about deflation than inflation. For the time being, the Fed is probably right - there's no evidence of inflation of any kind. When the Labor Department reported August CPI, it showed that prices declined 1.5% from a year earlier. Chances are that when the September numbers are released Thursday, we won't see any major new spikes.

With no inflation now or even in the pipeline, it's hard to make the case for gold as an inflation hedge. Just chalk up gold's move to plain the pendulum of fear and greed. For now, greed is dominating.

More on MoneyWatch:
• Seniors: Is AARP Looking Out for You?
• 29 Fees We Hate Most
• Why You're Paying More ... for Everything
• End of Recession? Not So Fast
• How to Lower Your Property Taxes