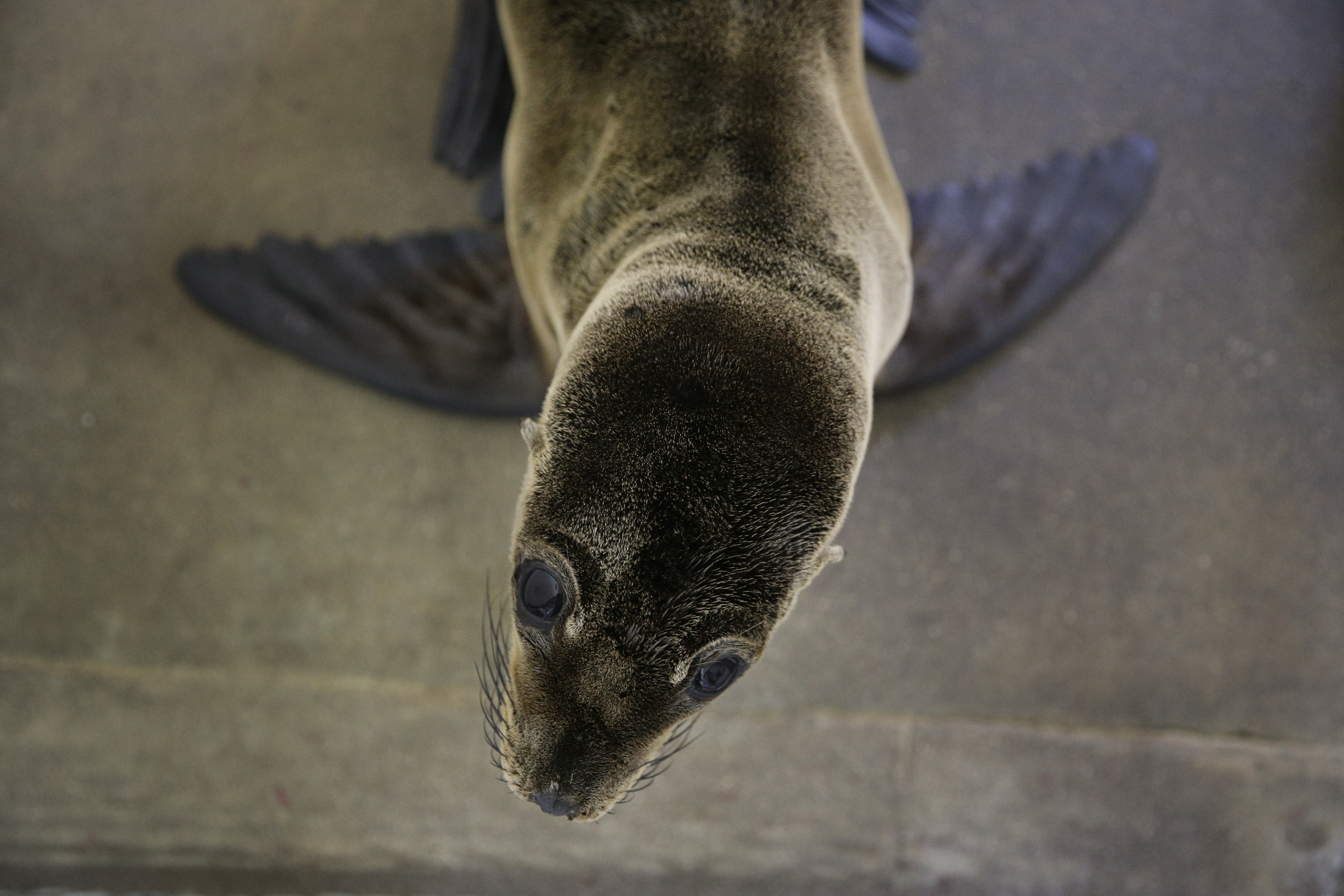 LONG BEACH, Calif. -- More than 1,800 starving sea lion pups have washed up on California beaches since Jan. 1 and 750 are being treated in rescue centers across the state, according to updated numbers released Tuesday by the National Oceanic and Atmospheric Administration. Scientists with the federal agency believe the crisis hasn't reached its peak and sea lions could continue to arrive on beaches sick and starving for at least two more months.

Here are a few things to know about the sea lion crisis unfolding in California:

WHY ARE THEY STARVING?

Waters off North America's Pacific Coast are about 2 to 6 degrees Fahrenheit above the long-term average. That could be pushing the fish that sea lions eat - sardines, market squid and anchovies, for example - further north. The majority of sea lions give birth in rookeries on the Channel Islands off the Southern California coast and mothers are leaving their pups alone for up to eight days at a time as they are forced to travel further in search of food. The pups aren't eating as much or as frequently and they are weaning themselves early out of desperation and striking out on their own even though they are underweight and can't hunt properly.

WHY IS THE WATER SO WARM?

Scientists with the National Oceanic and Atmospheric Administration say an El Nino weather pattern is to blame. North winds, which stir up the coastal waters in the spring and bring colder, nutrient-rich swells to the surface, are just now starting to materialize off California and might bring some relief over time. The warming off California is likely the result of regional weather patterns rather than a direct effect of global warming, said Nate Mantua, a NOAA research scientist based in Santa Cruz, California.

HAS THIS HAPPENED BEFORE?

Yes. In 1998, a strong El Nino weather pattern led to significant warming in Pacific coastal waters and 2,500 sea lion pups were found washed up on California beaches. A large number also washed ashore in 2013. Current numbers are on track to surpass the 1998 record but have not done so yet, said Justin Viezbicke, coordinator for NOAA's California Stranding Network.

WILL THIS HURT THE SEA LION POPULATION?

It's unclear. This year's crisis probably won't have any immediate effect but several years of such big losses could reduce the sea lion population in the future. Currently, there are about 300,000 sea lions and the numbers of dead pups represents less than 1 percent of the total population, said Viezbicke. The number of pups born each year in the past few years is also much greater than during previous episodes of coastal warming in the 1990s.

WHAT HAPPENS TO THE SEA LIONS THAT ARE RESCUED?

Many of the sea lion pups are beyond help by the time they are reported to authorities. Some die at the rescue centers and others are euthanized. Those that do survive are tube-fed until they regain their strength and then released back into the wild. NOAA doesn't have a tally of how many have been successfully treated and released. The ones being released are tagged with a number but placing satellite trackers on all of them is too costly so scientists aren't sure how many are making it.

HOW CAN HUMANS HELP?

People who live in California can volunteer at a rescue center. Most centers are now running at full capacity and aren't able to take many new sea lion pups in but they still need extra hands. Another alternative is to donate money. A map showing the marine rescue centers helping sea lions, along with contact information, can be found here.

You share 70 percent of your genes with this slimy worm

Meet the humans with microchips implanted in them