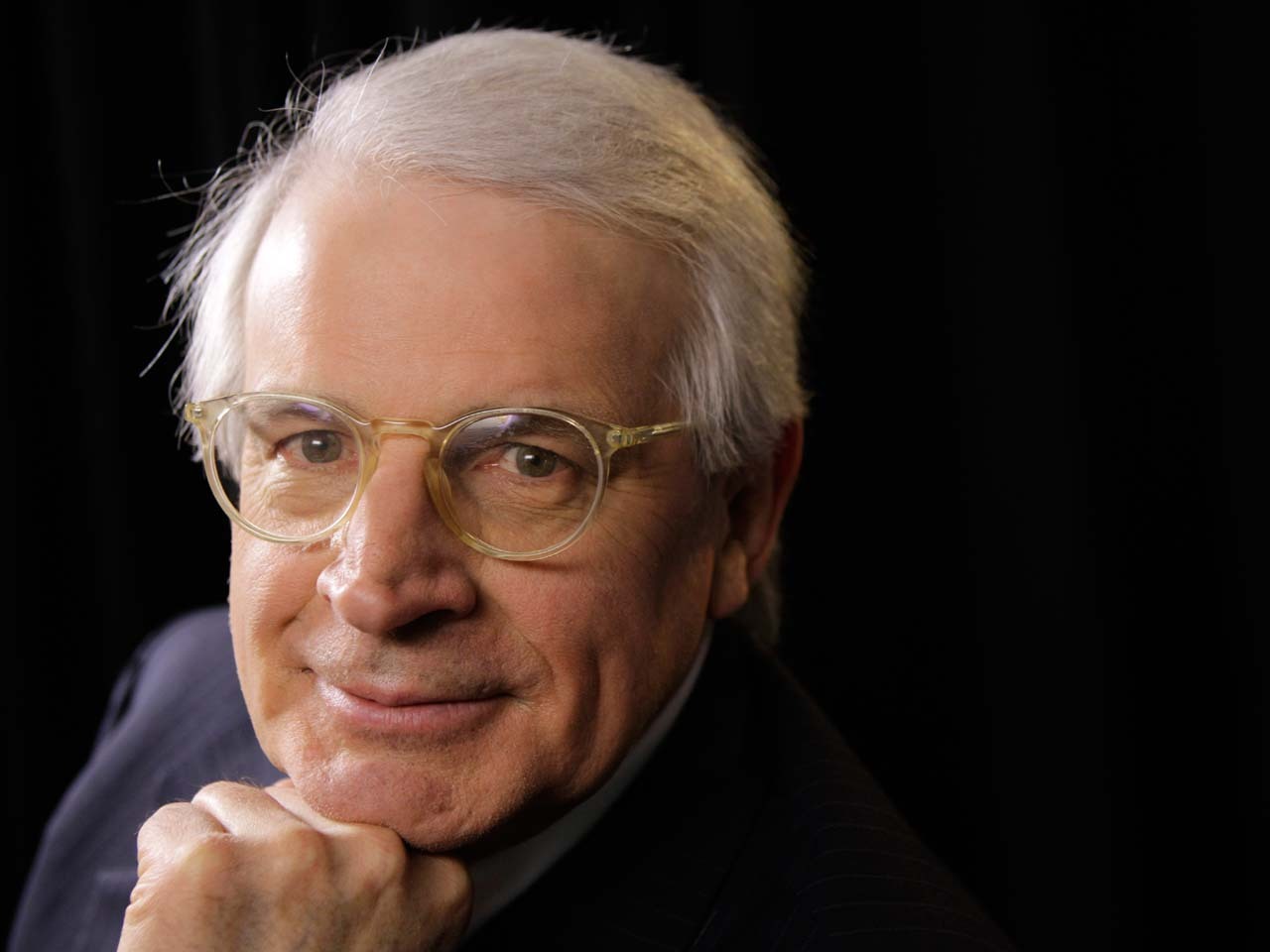 NEW YORK - He was an architect of one of the biggest tax cuts in U.S. history. He spent much of his career after politics using borrowed money to take over companies. He targeted the riskiest ones that most investors shunned - car-parts makers, textile mills.

That is one image of David Stockman, the former White House budget director who, after resigning in protest over deficit spending, made a fortune in corporate buyouts.

But spend time with him and you discover this former wunderkind of the Reagan revolution is many other things now - an advocate for higher taxes, a critic of the work that made him rich and a scared investor who doesn't own a single stock for fear of another financial crisis.

Stockman suggests you'd be a fool to hold anything but cash now, and maybe a few bars of gold. He thinks the Federal Reserve's efforts to ease the pain from the collapse of our "national leveraged buyout" - his term for decades of reckless, debt-fueled spending by government, families and companies - is pumping stock and bond markets to dangerous heights.

Known for his grasp of budgetary minutiae, first as a Michigan congressman and then as Reagan's budget director, Stockman still dazzles with his command of numbers. Ask him about jobs, and he'll spit out government estimates for non-farm payrolls down to the tenth of a decimal point. Prod him again and, as from a grim pinata, more figures spill out: personal consumption expenditures, credit market debt and the clunky sounding but all-important non-residential fixed investment.

Stockman may seem as exciting as an insurance actuary, but he knows how to tell a good story. And the punch line to this one is gripping. He says the numbers for the U.S. don't add up to anything but a painful, slow-growing future.

Now 65 and gray, but still wearing his trademark owlish glasses, Stockman took time from writing his book about the financial collapse, "The Triumph of Crony Capitalism," to talk to The Associated Press at his book-lined home in Greenwich, Conn.

Below are excerpts, edited for clarity:

Bernard Condon: Why are you so down on the U.S. economy?

It wasn't sustainable. It wasn't real consumption or real income. It was bubble economics.

So even the 1.6 percent (annual GDP growth in the past decade) is overstating what's really going on in our economy.

Condon: How fast can the U.S. economy grow?

Stockman: People would say the standard is 3, 3.5 percent. I don't even know if we could grow at 1 or 2 percent. When you have to stop borrowing at these tremendous rates, the rate of GDP expansion stops as well.

Condon: But the unemployment rate is falling and companies in the Standard & Poor's 500 are making more money than ever.

Stockman: That's very short-term. Look at the data that really counts. The 131.7 million (jobs in November) was first achieved in February 2000. That number has gone nowhere for 12 years.

Another measure is the rate of investment in new plant and equipment. There is no sustained net investment in our economy. The rate of growth since 2000 (in what the Commerce Department calls non-residential fixed investment) has been 0.8 percent - hardly measurable.

(Non-residential fixed investment is the money put into office buildings, factories, software and other equipment.)

Condon: What will 10-year Treasurys yield in a year or five years?

Stockman: I have no guess, but I do know where it is now (a yield of about 2 percent) is totally artificial. It's the result of massive purchases by not only the Fed but all of the other central banks of the world.

Condon: What's wrong with that?

Stockman: It doesn't come out of savings. It's made up money. It's printing press money. When the Fed buys $5 billion worth of bonds this morning, which it's doing periodically, it simply deposits $5 billion in the bank accounts of the eight dealers they buy the bonds from.

Condon: And what are the consequences of that?

Stockman: The consequences are horrendous. If you could make the world rich by having all the central banks print unlimited money, then we have been making a mistake for the last several thousand years of human history.

Condon: How does it end?

Stockman: At some point confidence is lost, and people don't want to own the (Treasury) paper. I mean why in the world, when the inflation rate has been 2.5 percent for the last 15 years, would you want to own a five-year note today at 80 basis points (0.8 percent)?

If the central banks ever stop buying, or actually begin to reduce their totally bloated, abnormal, freakishly large balance sheets, all of these speculators are going to sell their bonds in a heartbeat.

That's what happened in Greece.

Here's the heart of the matter. The Fed is a patsy. It is a pathetic dependent of the big Wall Street banks, traders and hedge funds. Everything (it does) is designed to keep this rickety structure from unwinding. If you had a (former Fed Chairman) Paul Volcker running the Fed today 7/8- utterly fearless and independent and willing to scare the hell out of the market any day of the week - you wouldn't have half, you wouldn't have 95 percent, of the speculative positions today.

Condon: You sound as if we're facing a financial crisis like the one that followed the collapse of Lehman Brothers in 2008.

Stockman: Oh, far worse than Lehman. When the real margin call in the great beyond arrives, the carnage will be unimaginable.

Condon: How do investors protect themselves? What about the stock market?

Stockman: I wouldn't touch the stock market with a 100-foot pole. It's a dangerous place. It's not safe for men, women or children.

Condon: Do you own any shares?

Condon: But the stock market is trading cheap by some measures. It's valued at 12.5 times expected earnings this year. The typical multiple is 15 times.

Stockman: The typical multiple is based on a historic period when the economy could grow at a standard rate. The idea that you can capitalize this market at a rate that was safe to capitalize it in 1990 or 1970 or 1955 is a large mistake. It's a Wall Street sales pitch.

Condon: Are you in short-term Treasurys?

Stockman: I'm just in short-term, yeah. Call it cash. I have some gold. I'm not going to take any risk.

Condon: No munis, no stocks. Wow. You're not making any money.

Stockman: Capital preservation is what your first, second and third priority ought to be in a system that is so jerry-built, so fragile, so exposed to major breakdown that it's not worth what you think you might be able to earn over six months or two years or three years if they can keep the bailing wire and bubble gum holding the system together, OK? It's not worth it.

Condon: Give me your prescription to fix the economy.

Stockman: We have to eat our broccoli for a good period of time. And that means our taxes are going to go up on everybody, not just the rich. It means that we have to stop subsidizing debt by getting a sane set of people back in charge of the Fed, getting interest rates back to some kind of level that reflects the risk of holding debt over time. I think the federal funds rate ought to be 3 percent or 4 percent. (It is zero to 0.25 percent.) I mean, that's normal in an economy with inflation at 2 percent or 3 percent.

Stockman: Why not? I mean, is return on capital any more virtuous than some guy who's driving a bus all day and working hard and trying to support his family? You know, with capital gains, they give you this mythology. You're going to encourage a bunch of more jobs to appear. No, most of capital gains goes to speculators in real estate and other assets who basically lever up companies, lever up buildings, use the current income to pay the interest and after a holding period then sell the residual, the equity, and get it taxed at 15 percent. What's so brilliant about that?

Condon: You worked for Blackstone, a financial services firm that focuses on leveraged buyouts and whose gains are taxed at 15 percent, then started your own buyout fund. Now you're saying there's too much debt. You were part of that debt explosion, weren't you?

Stockman: Well, yeah, and maybe you can learn something from what happens over time. I was against the debt explosion in the Reagan era. I tried to fight the deficit, but I couldn't. When I was in the private sector, I was in the leveraged buyout business. I finally learned a heck of a lot about the dangers of debt.

I'm a libertarian. If someone wants to do leveraged buyouts, more power to them. If they want to have a brothel, let them run a brothel. But it doesn't mean that public policy ought to be biased dramatically to encourage one kind of business arrangement over another. And right now public policy and taxes and free money from the Fed are encouraging way too much debt, way too much speculation and not enough productive real investment and growth.

Condon: Why are you writing a book?

Stockman: I got so outraged by the bailouts of Wall Street in September 2008. I believed that Bush and (former Treasury Secretary Hank) Paulson were totally trashing the Reagan legacy, whatever was left, which did at least begin to resuscitate the idea of free markets and a free economy. And these characters came in and panicked and basically gave capitalism a smelly name and they made it impossible to have fiscal discipline going forward. If you're going to bail out Wall Street, what aren't you going to bail out? So that started my re-engagement, let's say, in the policy debate.

Condon: Are you hopeful?